MS Dhoni completed a special milestone. He had just led CSK to his 100th win as captain of the franchise. He's the first person to achieve the feat with any franchise in the IPL. 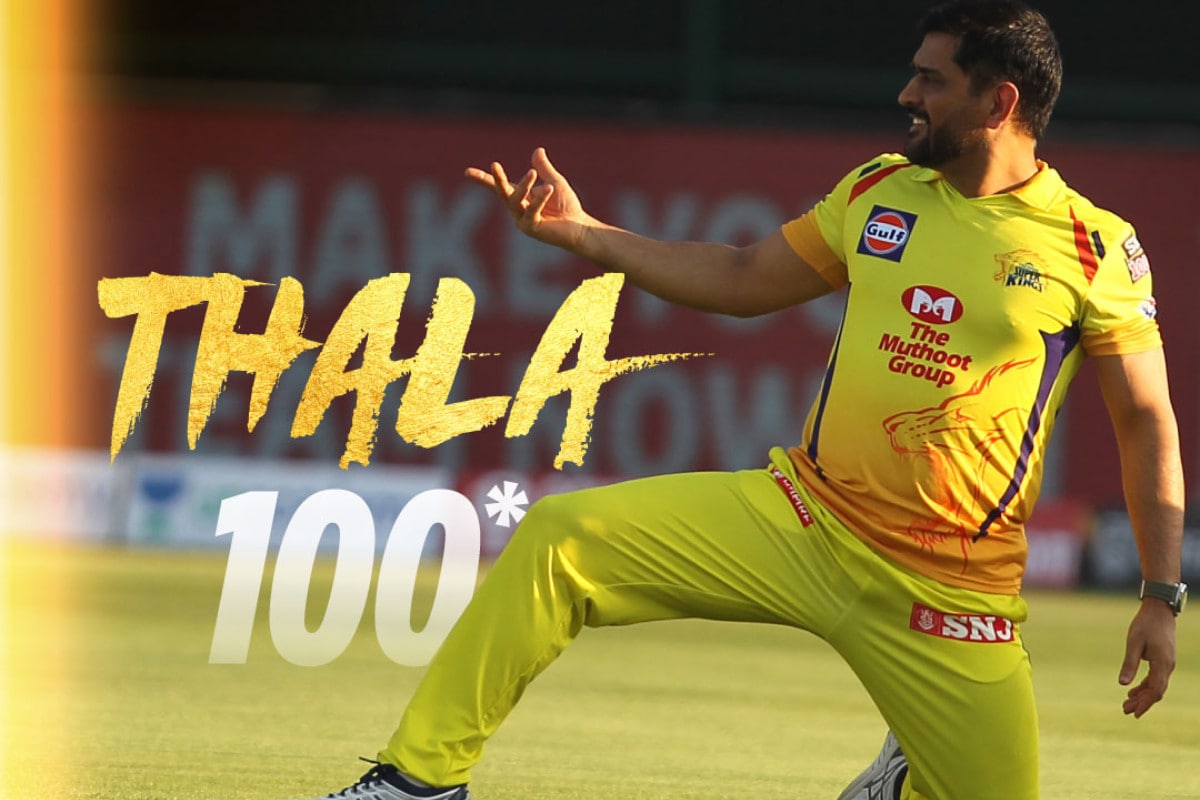 When Faf du Plessis hit Trent Boult for a boundary to give Chennai Super Kings a win over Mumbai Indians in the IPL 2020 opening game on Saturday, MS Dhoni completed a special milestone. He had just led CSK to his 100th win as captain of the franchise. He's the first person to achieve the feat with any franchise in the IPL.

Dhoni has led in 175 matches in the IPL - 14 of those for Rising Puner Supergiant when CSK were banned for two years. He has overall led in 105 victories, the most for a captain in IPL. The next in the list of most successful captains is Gautam Gambhir with 71 wins from 129 matches and Rohit Sharma with 60 wins from 105 games.

The former India captain has been the leader of the franchise since the inaugural edition in 2008 and has won two IPL and two Champions League T20 titles for CSK as well.

Dhoni was not required to do much with the bat on Saturday as the others did the job, with Dhoni unbeaten on 0 off 2 at the other end when the game was done. However, his captaincy touch was very much on display especially when he promoted Ravindra Jadeja and Sam Curran above himself to take on left-arm spin of Krunal Pandya and leg spin of Rahul Chahar. Both Curran and Jadeja played cameos to justify the move.

Post the game, Dhoni explained that it was done to intimidate the bowlers.

"One thing we haven't done is... people keep saying if you keep doing the same thing, you'll keep getting the same result. I don't think we're disappointed with the result but at some point of time I feel we need to give Jadeja and somebody like Sam a chance to go up the order and express themselves," Dhoni said in the post-match presentation.

"This was an ideal scenario because if you look at their bowling, you have two overs of spinners with one leg spinner (Rahul Chahar) and a left arm (Krunal Pandya). It was an ideal way of saying we are going to intimidate the bowler by saying okay he has been sent to do one thing - swing. Doesn't mean he'll hit everything but it was a psychological thing of saying that okay, we have batsmen and we bat deep, so we'll send one or two of them up to hit a few."

CSK's next match is against Rajasthan Royals on Tuesday.