Sunrisers Hyderabad skipper David Warner who is one of the most active cricketers on social media platforms. He makes it a point to share posts for his fans which keeps them entertained 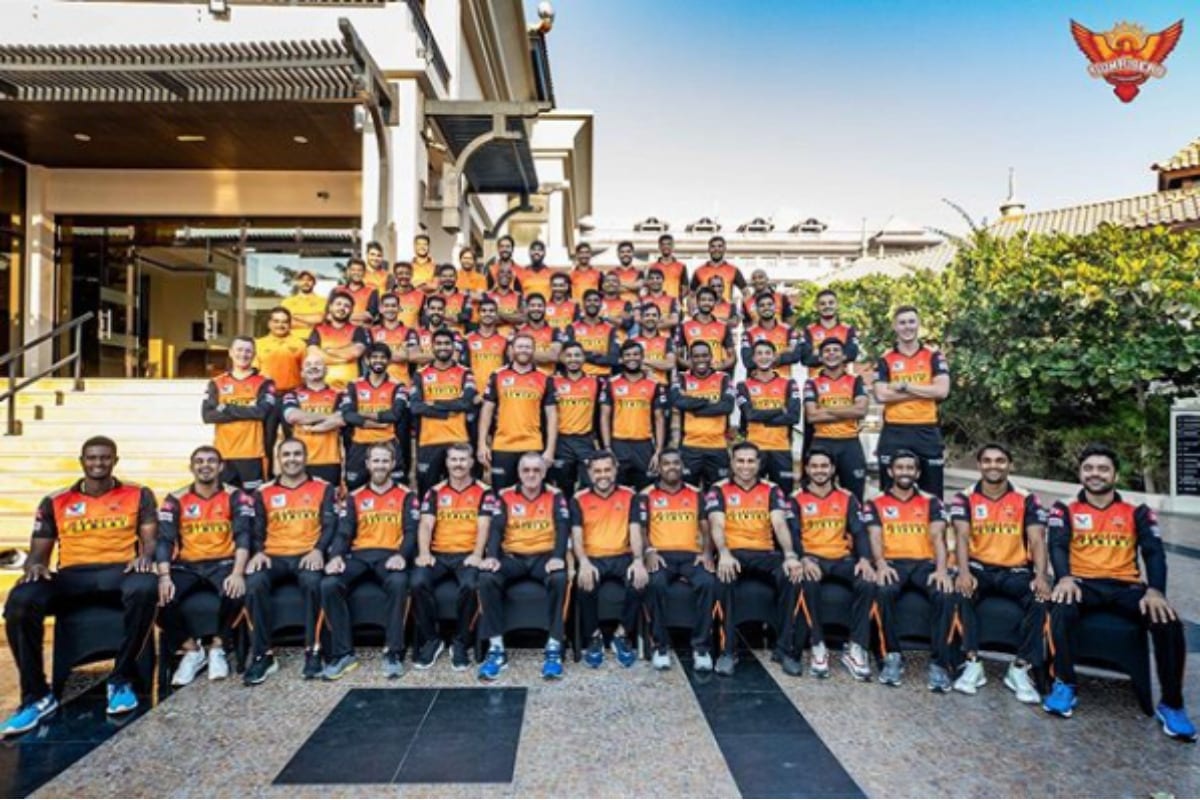 Sunrisers Hyderabad skipper David Warner who is one of the most active cricketers on social media platforms. The Australian makes it a point to share posts for his fans which keeps them entertained.

In his latest post on the picture-sharing platform, Warner shared a photo featuring the entire Sunrisers Hyderabad team, including coaches, medical and support staff. The photo features the orange team beaming wide and posing for a group photo with a captioned as ‘Caption this!!’

In the photo, Team SRH players and staff posed for a group which mostly looks like it was shot outside their hotel. It features Head coach Trevor Bayliss, Assistant Coach Brad Haddin, Bowling coach Muttiah Muralitharan, Team Mentor VVS Laxman, seated in the first row with Kane Williamson, skipper David Warner, Sandeep Sharma, Rashid Khan among others. The rest of the team was standing behind in four rows.

To answer Warner’s call to caption the team photo, one Instagram user termed the team as ‘The UNBEATABLES,’ and wished them luck for the match.

Another predicting the future of the team wrote,’ SRH after winning IPL 2020 title’.

Most of the responses from users wished the team ‘Best of luck,’ while many termed them as ‘The best team in IPL 2020,’ and so on.

David Warner-led Sunrisers Hyderabad will square off with Mumbai Indians for a spot in the IPL 2020 playoffs tomorrow at Sharjah. Warner who is considered as one of the most destructive openers across formats has scored over 5,000 runs from 138 matches in his IPL career so far. Even though he performed poorly in the World T20 competition in 2016, but helped the Hyderabad squad to its maiden IPL title the same year.