IPL 2020: DC Secure Top-Two Spot as RCB Also Through to Play-offs Despite Loss

Delhi Capitals qualified for the IPL 2020 play-offs at number two position with a six-wicket win over Royal Challengers Bangalore in Abu Dhabi on Monday. 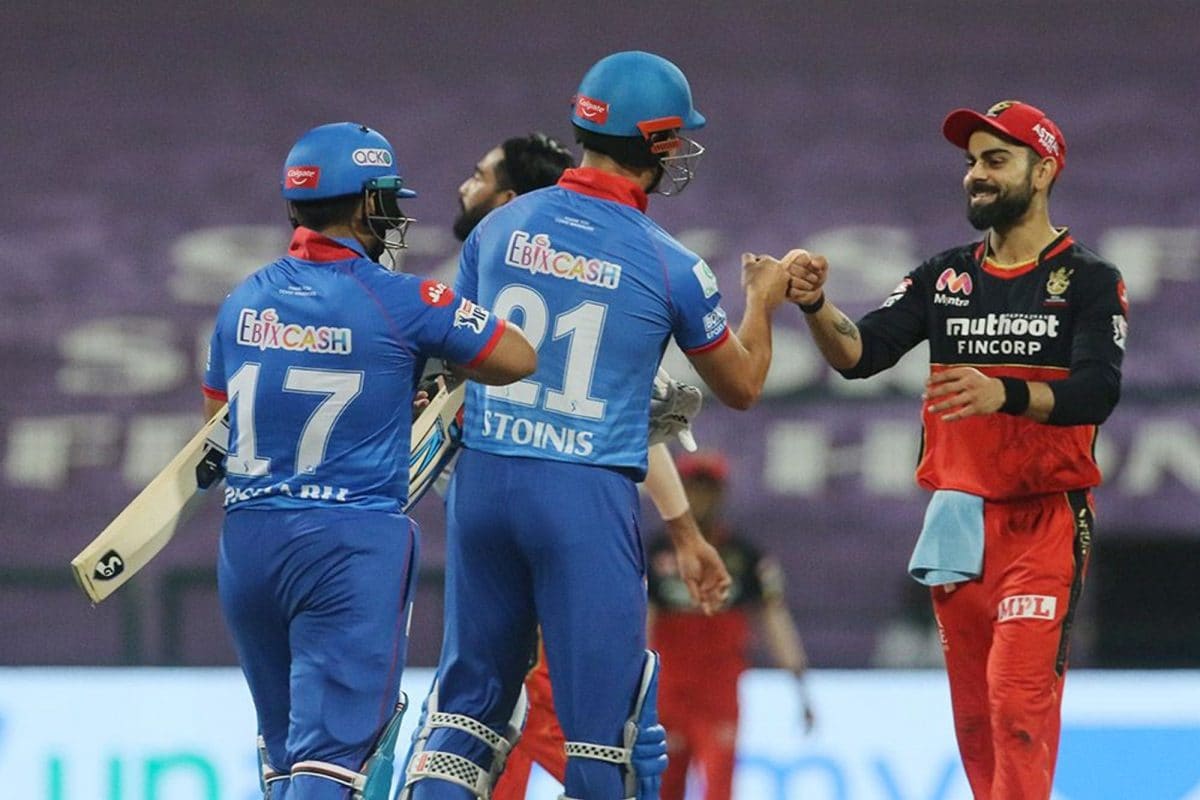 Delhi Capitals secured a top-two finish on their way to the Indian Premier League playoffs with a six-wicket victory over Royal Challengers Bangalore, who also qualified in Abu Dhabi on Monday. While DC went straight to Qualifier 1, RCB made the playoffs after their opponents took more than 17.3 overs to complete the task, helping Virat Kohli's side to finish the league stage engagements with better net run rate than Kolkata Knight Riders. KKR will need Sunrisers Hyderabad to lose against Mumbai Indians on Tuesday to qualify. (IPL 2020 | IPL SCHEDULE | IPL POINTS TABLE)

Getting their act together in the nick of time after a two-week winless run, DC chased down a target of 153 with six balls to spare. Opener Shikhar Dhawan (54) and Ajinkya Rahane (64) struck fine half-centuries to power DC to their target after their bowlers dished out a clinical performance and restricted RCB to 152 for seven. This was a much-needed victory for Capitals after four defeats in a row.

Rahane and Dhawan stitched an 88-run partnership after the South African pace duo of Anrich Nortje (3/33) and Kagiso Rabada (2/30) led a fine bowling display to restrict RCB. The Capitals will get two shots at qualifying for the final, while RCB will play in the eliminator.

Openers Prithvi Shaw (9) and Dhawan began the chase on an aggressive note, finding the ropes from the very first over.

However, the former India under-19 captain, who smashed two boundaries, once again departed early in the chase.

Dhawan found and able ally in Rahane as the two senior batsmen made full use of the field restrictions with the Capitals racing to 53 for one in quick time.

Dhawan reached his fifty in style, flicking the ball past short fine for a four. Shahbaz Ahmed broke the stand by getting rid of Dhawan in the 13th over.

Skipper Shreyas Iyer (7) was next to go with Rahane following soon. However, Rishabh Pant (8) and Marcus Stoinis (10) led Delhi to victory with an over to spare.

Earlier, Devdutt Padikkal shone with a half-century before DC rallied to stop RCB. The youngster, who looked in good nick during his stay in the middle, smashed five fours in his 41-ball 50 and shared a 57-run stand with skipper Virat Kohli (29 off 24) for the third wicket.

The Capitals pulled things back brilliantly in the middle overs.

Invited bat, Padikkal and Josh Philippe (12) were circumspect in the powerplay overs. Rabada provided the Capitals with the early breakthrough off his very first ball, claiming the wicket of the Australian in the fifth over.

The powerplay overs yielded 41 runs, including five fours and a maximum, for the loss of one wicket.

Kohli, who was dropped on 13 in the 10th over by Nortje, tried to up the ante in the 12th over by hitting Axar Patel for a six. The RCB skipper again looked to smash the ball over the fence in the next over but was caught at deep midwicket by Marcus Stoinis off an Ashwin delivery.

Nortje struck twice in the 16th over to get ride of Padikkal and South African all-rounder Chris Morris for a duck.

AB de Villiers (35) was yet again in sublime touch and raised a 33-run stand with young Shivam Dube (17 off 11 balls), but the duo couldn't power RCB to a bigger total.