As Delhi Capitals take on Kings XI Punjab, we take a look who dominate the numbers. 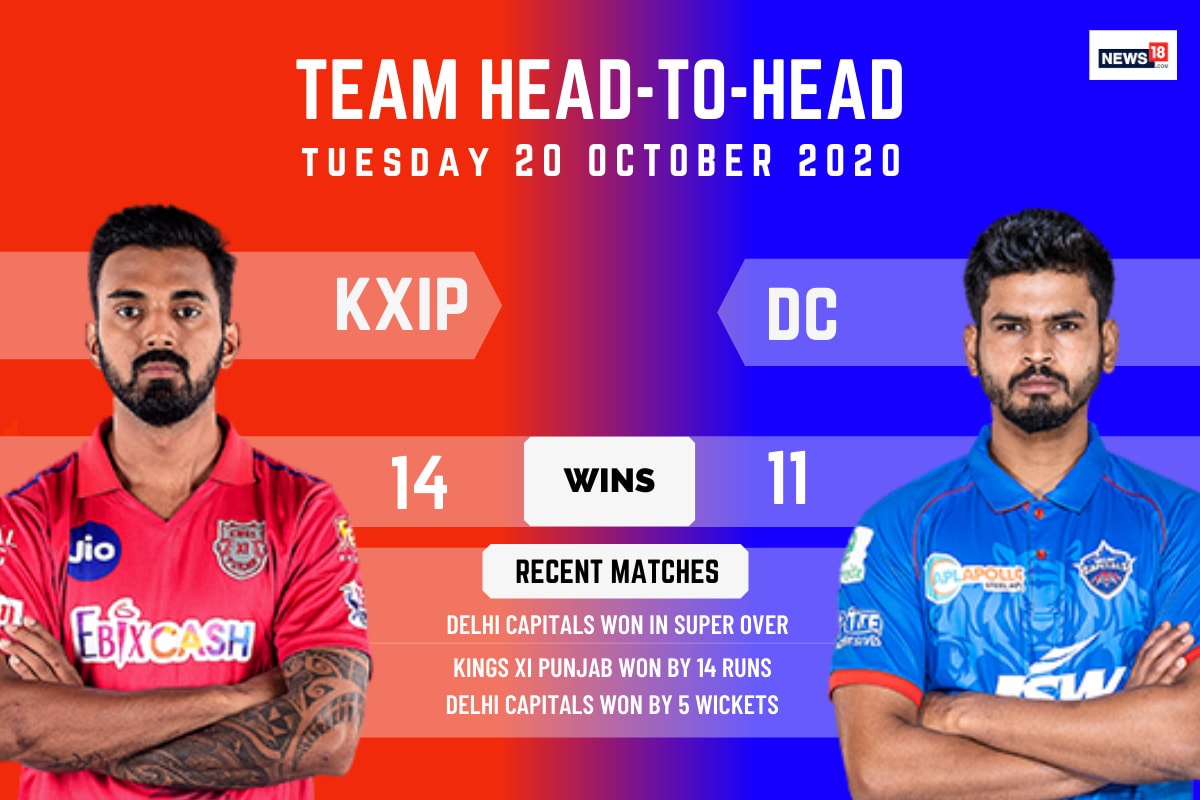 Delhi Capitals will be up against Kings XI Punjab tonight in match 38 of the Indian Premier League in Dubai. While Delhi remains the table toppers, Kings XI Punjab would look to maintain the momentum which they got after beating Mumbai Indians in the game featuring not one but two super overs.

Both the teams were involved in the very first super over of the season where Punjab were edged by Delhi thanks to some brilliant all-round performance from Marcus Stoinis.  Mayank Agarwal too played a hand in a tricky chase scoring 89 off 60 balls.

DC and KXIP have faced each other 25 times in the IPL so far. KXIP have a 14-11 advantage.

While Punjab won the first leg at Mohali by 14 runs, Capitals were the better team at Kotla in the return leg winning the game by 5 wickets.

DC won in Super Over.

Last encounter in 2019: Although Chris Gayle scored a superb 69 but he couldn't make KXIP win at Kotla. Despite his performance, Punjab managed to score just 163/7 in the alotted 20 overs. In reply, DC skipper Shreyas Iyer and Shikhar Dhawan combined well and shared a 92 run stand for the second wicket to register a 5-wicket win.

Last Encounter in UAE: Delhi opened their campaign against Punjab in Dubai and looked a bit rusty. Shreyas Iyer and Rishabh Pant starred with some cameos but it was Marcus Stoinis who rose to the occasion with a superb fifty. He later on came back and bowled a tight last over and pushed the match into the Super Over. Kagiso Rabada then produced a master-class to bundle Punjab out for 3 as Delhi Knocked off the winning runs to win the Super Over.