IPL 2020: In a First, Jasprit Bumrah Fails To Win Super Over For Mumbai Indians 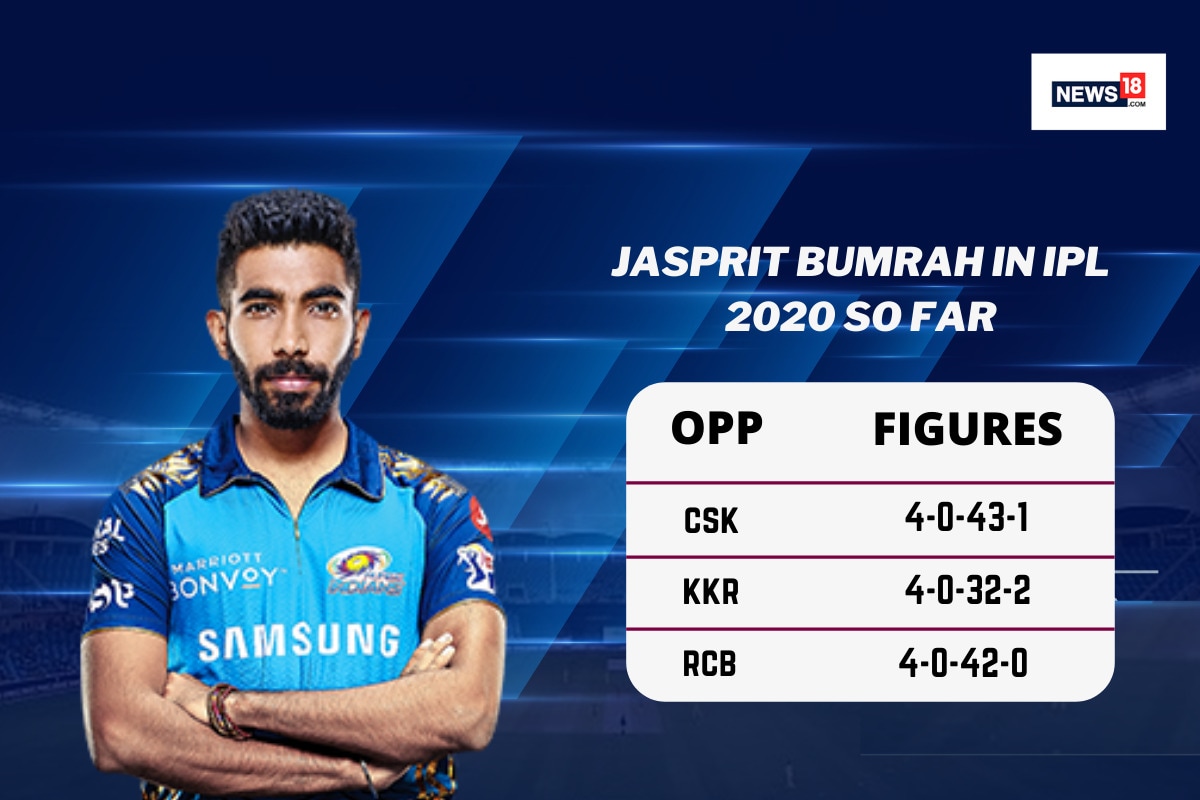 The Indian Premier League (IPL) 2020 witnessed another thrilling contest between Royal Challengers Bangalore and Mumbai Indians which the Virat Kohli-led side were able to win in the Super Over. On Monday, Bangalore posted 201/3 while batting first, riding on brilliant half centuries from Aaron Finch (52), Devdutt Padikkal (54) and AB de Villiers (55). In response, the Rohit Sharma-led side managed to match the score, courtesy brilliant knocks of 99 and 60 not out from Ishan Kishan and Kieron Pollard respectively in their allotted 20 overs.

The result of the match was decided through a Super Over in which Mumbai Indians could muster seven runs and then RCB chased down the 8-run target on the last ball of the over bowled by Jasprit Bumrah at the Dubai International Cricket Stadium.

This was the first instance for Mumbai Indians where they lost a match in the Super Over bowled by Bumrah.

Earlier on April 29, 2017, Bumrah had won the match for Mumbai Indians against Gujarat Lions when he managed to defend 11 runs. Bowling to the likes of Aaron Finch and Brendon McCullum, the Indian pacer gave just six runs from his six deliveries at the Saurashtra Cricket Association Stadium in Rajkot.

Then on May 2, 2019, Bumrah again won the match for his franchise against SunRisers Hyderabad when he conceded just eight runs in the Super Over which Mumbai Indians chased down within the first three deliveries at the Wankhede Stadium in Mumbai.