2020 has been a breakthrough year for Ishan Kishan in the Indian Premier League 2020 - the Patna born, 22 year old, wicketkeeper batsman of Mumbai Indians. 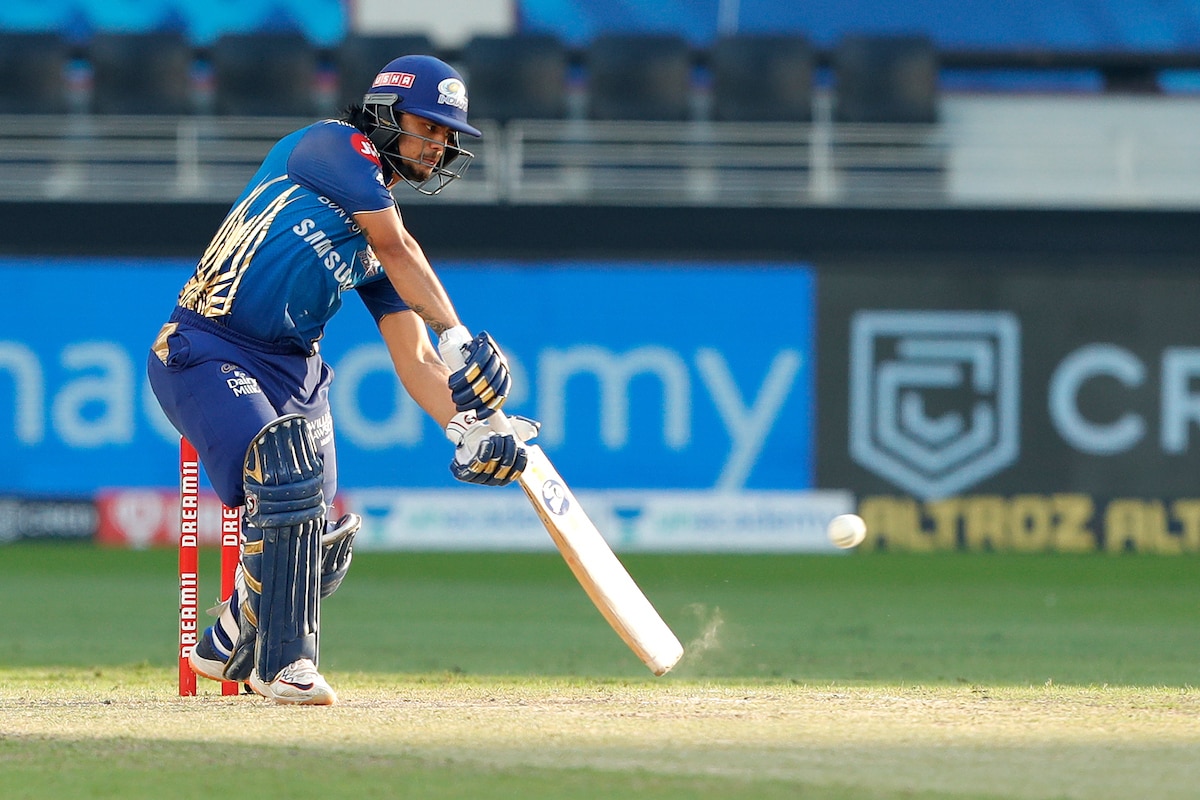 2020 has been a breakthrough year for Ishan Kishan in the Indian Premier League (IPL) 2020 - the Patna born, 22 year old, wicketkeeper batsman of Mumbai Indians. Kishan has aggregated 483 runs in just 12 innings for his team in this edition at an average of 53.66 and strike rate of 144.17 - he is incredibly the joint-highest run-scorer for MI this year, along with Quinton de Kock, but in three innings less! Kishan has been one of the biggest match-winners with the bat for MI this season - an amazing feat in itself given the plethora of superstars in the XI - the likes of Rohit Sharma, De Kock, Kieron Pollard and Hardik Pandya.

It is startling that Kishan was not a part of the MI playing XI for the initial couple of matches and only found a spot when Saurabh Tiwary was declared match un-fit to take on RCB in Dubai.

From not being in the first XI to being the joint highest run-getter of the team in the tournament - IPL 2020 has been a remarkable journey for Kishan!

Drafted in at number 4 to replace Tiwary against RCB, Kishan repaid the faith with his best knock under pressure for MI. The left-hander came in to bat at 16 for 2, chasing a mammoth 202, De Kock exited soon which made matters worse for MI and they were reeling at 39 for 3 in the 7th over. Kishan then resurrected the innings with Hardik Pandya before being involved in a match-changing 119 run stand for the fifth-wicket with Pollard.

Kishan matched the West Indian stroke for stroke and contributed 60 to the partnership. His most productive scoring area was through mid-wicket. Kishan was finally dismissed for a brilliant 99 off just 58 deliveries of the penultimate ball of the innings, The match ended in a tie. The standout feature of Kishan's innings was his strike rate (of 170.68) and his 9 sixes!

With skipper, Rohit Sharma, not at his best in the tournament, MI needed another batsman in the top 4 to step up a gear and deliver the goods with the bat. Kishan was their man and he raised his game a few notches in the competition. A fierce competitor, he has excelled in multiple roles for MI in the tournament showcasing his versatility and adaptability and commitment to the team's cause. He was pushed to open the innings against CSK in Sharjah when Rohit had to sit out due to a hamstring injury. Kishan again excelled in his new role remaining unbeaten on 68 off just 37 deliveries (outscoring De Kock who scored 46 of the same number of deliveries in the partnership) as MI chased down the target of 115 with all 10 wickets intact and more than 7 overs to spare. Again his 5 sixes in the innings stood out!

Even when not producing the match-changing innings, Kishan chipped in with useful solid performances throughout the tournament. He was ruthless against the Capitals in Dubai smashing an unbeaten 72 off 47 deliveries against the likes of Rabada, Nortje and Ashwin. Kishan played the most significant knock of his IPL career in the Qualifier 1 in Dubai - again, against the quality bowling attack of the Capitals. He came out to bat at 78 for 2 in the 8th over but MI lost a couple of quick wickets including the big one of Pollard and were in a spot of bother 101 for 4 in the 13th over. Kishan anchored the innings beautifully. He scored 24 off his first 18 deliveries but then accelerated to score another 31 off just 12 (strike rate of 258). He top-scored for MI with a fine 55 off just 30 deliveries and was involved in a match-changing stand of 60 in less than 4 overs with Hardik Pandya propelling MI to 200 for 5 in their 20 overs. Kishan had played a pivotal role with the bat as MI reached yet another IPL final.

Kishan has exceeded all expectations this year. He has scored big runs at a high strike rate and delivered under pressure from different situations and positions throughout the tournament. His 29 sixes are the highest for any batsman in IPL 2020.

He has been very consistent and seldom failed with the bat in the tournament. His Actual Average (Runs Per Innings) of 40.25 is substantially higher than De Kock (32.2) and Suryakumar Yadav (32.93) - MI's other two run-getters in IPL 2020. Kishan has the joint fourth-highest aggregate in the tournament only after KL Rahul, David Warner and Shikhar Dhawan.