Royal Challengers Bangalore captain Virat Kohli rued a poor batting performance after they exited the IPL 2020 courtesy a six-wicket loss to Sunrisers Hyderabad in the Eliminator at Abu Dhabi. 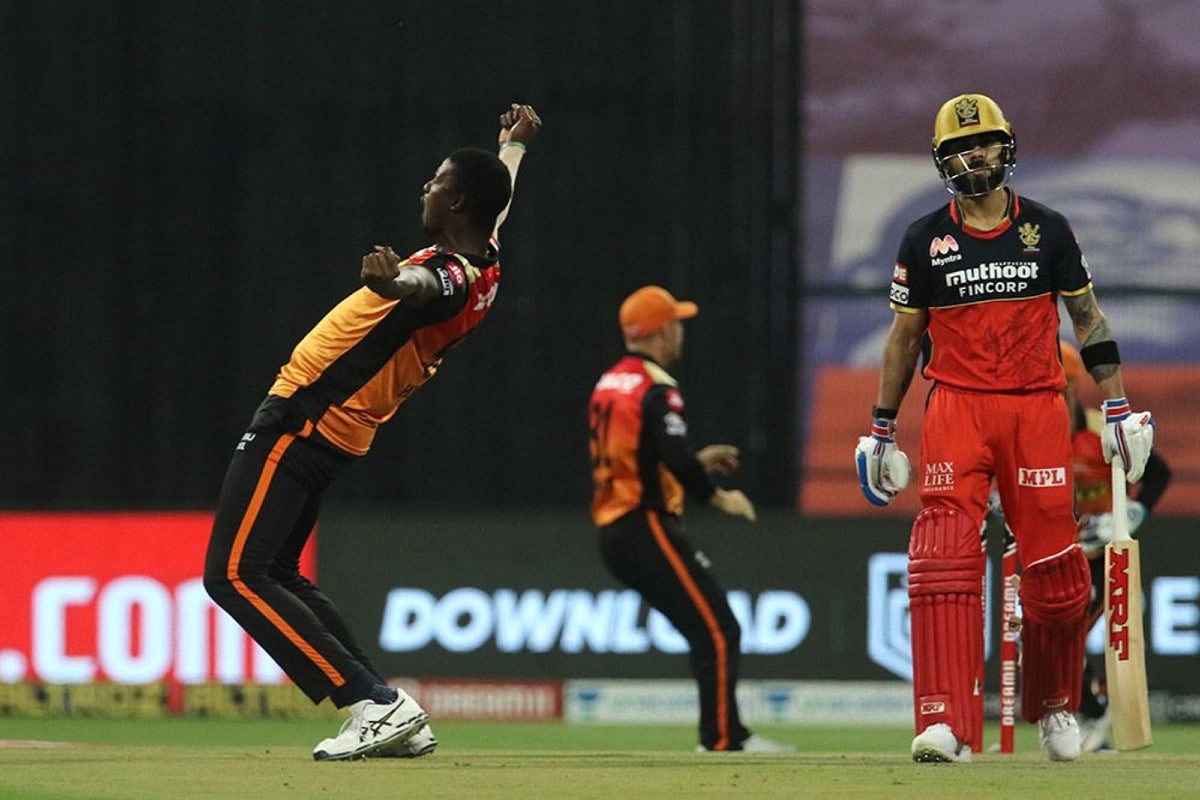 Royal Challengers Bangalore captain Virat Kohli rued a poor batting performance after they exited the IPL 2020 courtesy a six-wicket loss to Sunrisers Hyderabad in the Eliminator at Abu Dhabi.

RCB posted just 131, which SRH chased down in the final over with six wickets in hand. The result meant RCB will have to wait at least one more season for their maiden IPL trophy.

"If you talk about the first innings I don't think we had enough runs on the board. We made one helluva game in the second half, the positions we got ourselves into in the second half. But it is a game of margins and if Kane was taken there then it is a different ball game. Altogether they put us under a lot of pressure in the first innings. Few soft dismissals, few fortunate ones for them as well," Kohli said at the post-match presentation.

"We just didn't have enough runs on the board in my opinion. Maybe a bit of nerves, bit of hesitation. We had to be more expressive with the bat. We didn't have any phases where we got away from the opposition. We allowed bowlers to bowl where they wanted to. Didn't put them under enough pressure. We hit a few balls straight to the fielders in the last 3-4 games. It's been a strange phase of 4-5 games for us. Tonight, just didn't have enough."

The captain, though, was pleased with a few positives like Devdutt Padikkal, who made in excess of 400 runs in his debut season.

"Couple of people stood up - Devdutt, Siraj had a good comeback. Yuzi and AB have been solid as ever," he said. "Couple of good positives, and Devdutt is one of them. Getting 400+ runs in your first edition is never easy and Devdutt has done that with class and efficiency. Others contributed, but maybe just not enough in the end."

Kohli said their string of losses - five in a row - after a terrific start showed how competitive the tournament is.

"That tells you the strength of teams in the IPL. No team is runaway favourites. You don't have home and away, so everyone knows the conditions. When conditions are same, the real strength of teams comes out. This is the most competitive IPL till now and it continues to be so," he said.

"It was amazing to be able to have the opportunity to come out and play. There's a bigger picture, and we all are contributing to that. Thanks to the fans who watched us, we're privileged to be a part of it and give some happiness to the fans."