Jofra Archer, Rajasthan Royals' allrounder is among the most popular cricketers on twitter and he came up with probably the best reaction to Kohli's dance video. 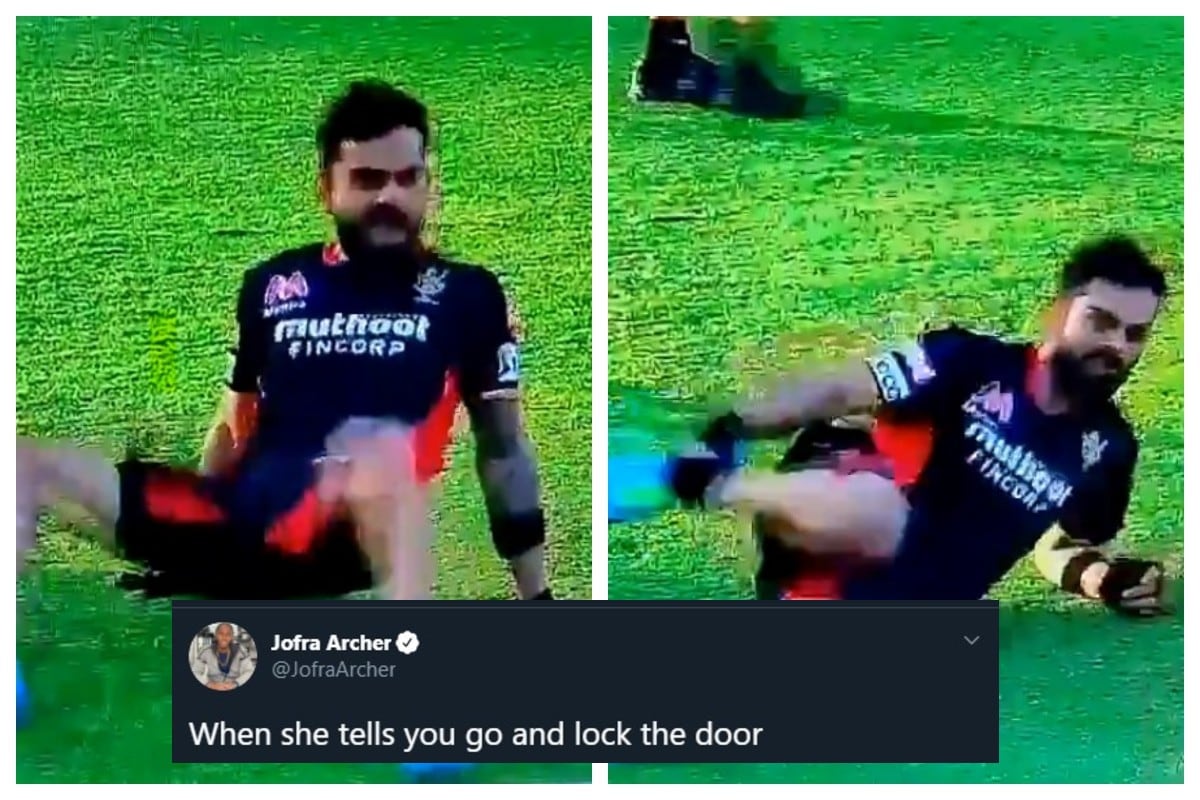 Virat Kohli was in a good mood ahead of his team, Royal Challengers Bangalore, match against Kings XI Punjab, breaking into an impromptu dance performance which, not to mention, broke the internet. Social media was abuzz with the Indian skipper's performance with the video of the same getting shared and commented on like wildfire. Jofra Archer, Rajasthan Royals' allrounder is among the most popular cricketers on twitter and he came up with probably the best reaction to Kohli's dance video.

When she tells you go and lock the door https://t.co/5bHI9FZxgD

Reacting to the comment, former Zimbabwe international and commentator could not hold his laughter either.

On a serious note it takes immense courage to dance like no one's watching. Way to go Kohli.

Kohli might give a tough competition if he enters Bollywood with his dance moves Hope Anushka doesn't let him enter into her field https://t.co/E5OJsAEGoc

As for the match, KL Rahul played a captain's knock and Chris Gayle fired in his first game since January as Kings XI Punjab finally ended their five-match losing streak with an eight-wicket win over Royal Challengers Bangalore in an IPL match here on Thursday. Chasing 172 in a must-win game, the in-form opening pair of Rahul (61 not off 49) and Mayank Agarwal (45 off 25) got off to a flying start before Gayle (53 off 45) joined his skipper in the middle to get KXIP close to the finishing line.