Jofra Archer has been the talk of the town since Tuesday, when batting for Rajasthan Royals in the IPL 2020. His old tweets predicting four sixes go viral. 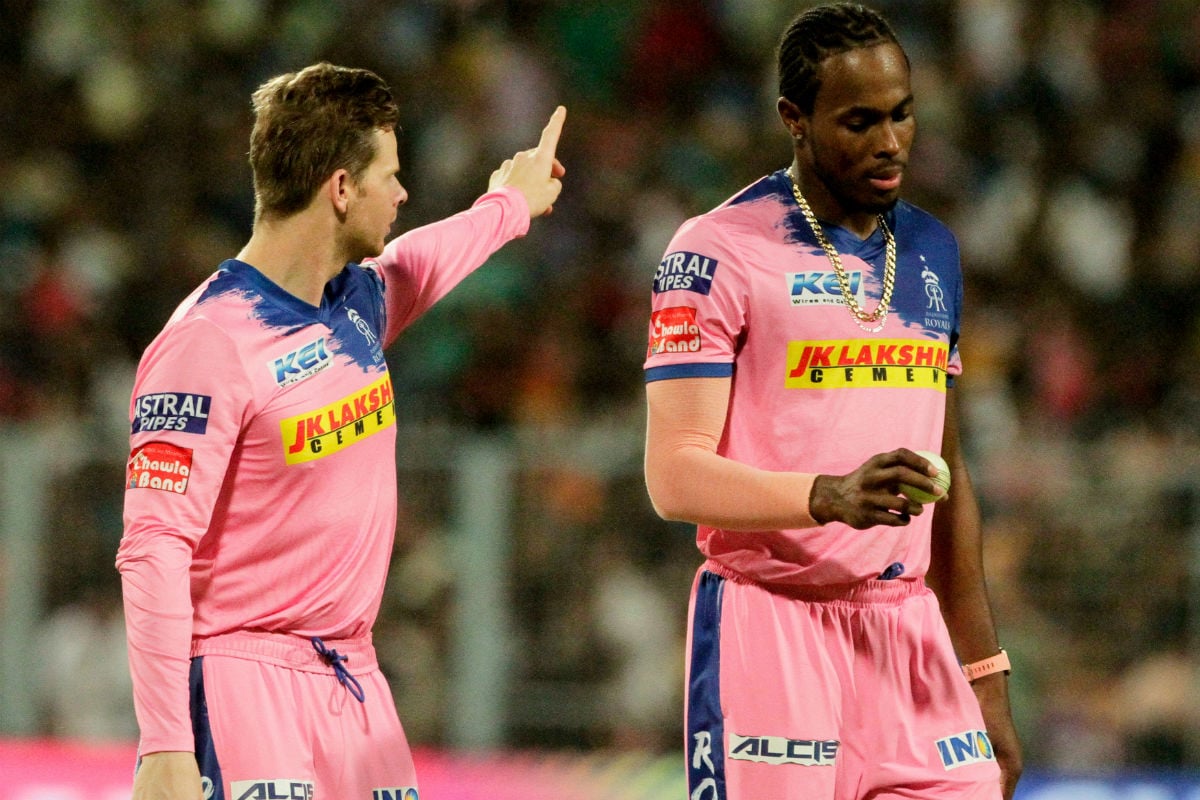 Jofra Archer has been the talk of the town since Tuesday when batting for Rajasthan Royals in the IPL 2020, he smashed four consecutive sixes on Chennai Super Kings pacer Lungi Ngidi’s deliveries. The 30 runs which came in the final over of the innings took Rajasthan’s total to 216. Archer’s knock of 27 runs off 8 balls proved crucial in their win against the three-time champions, who lost the match against MI by 16 runs.

Sanju Samson (74 off 32 balls) and Steve Smith (69 off 47 balls) had already set the tone of the innings. But what Archer did was special for more than one reason. Interestingly, he had posted a tweet which read “6 6 6 6” way back in 2015. Twitterati, as amazing as they are, dug up this tweet. And since then, the post has gone viral. Even ICC acknowledged Archer’s mind-boggling prophecy.

Another tweet by Archer posted in 2014 reads, “30 an over?” Well, it indeed seems astonishing, how Archer could foretell this six years ago.

Fans have come up with various memes celebrating the sixes and Archer’s predictions. Here are some of them:

CSK:-Finally All Batsman's Are Out

One user even called him time traveller. He posted a compilation of Archer’s past tweets.

What is the secret behind Jofra Archer’s prophecies?

As it turns out, the tweets have totally been taken out of context. They were posted for different reasons, different matches to be precise.

The tweet recalling four sixes “6 6 6 6” was actually made with reference to Chris Gayle’s innings in a T20 match against South Africa on January 9, 2015. Gayle scored the fastest fifty (at that time) for the West Indies in 11 balls and went on to make 71 runs off 31 balls. That knock included eight sixes, three of them coming in three consecutive balls Gayle faced. Our best guess is, that is what Archer referred to in his tweet.

Archer tweeted this on October 17, 2014, when India beat West Indies by a huge margin of 59 runs. At the end of 48th over in the match, the required run rate climbed to 30 an over. Yes, that is it. West Indies needed 60 runs from the last 12 deliveries.

Sorry to bust the Twitter fun, Archer! Those four sixes you hit – nobody can take that away from you.