David Warner said he takes full responsibility for Sunrisers Hyderabad's poor show with the bat but stressed on the need to go harder in the middle overs in their loss to Kolkata Knight Riders on Saturday. 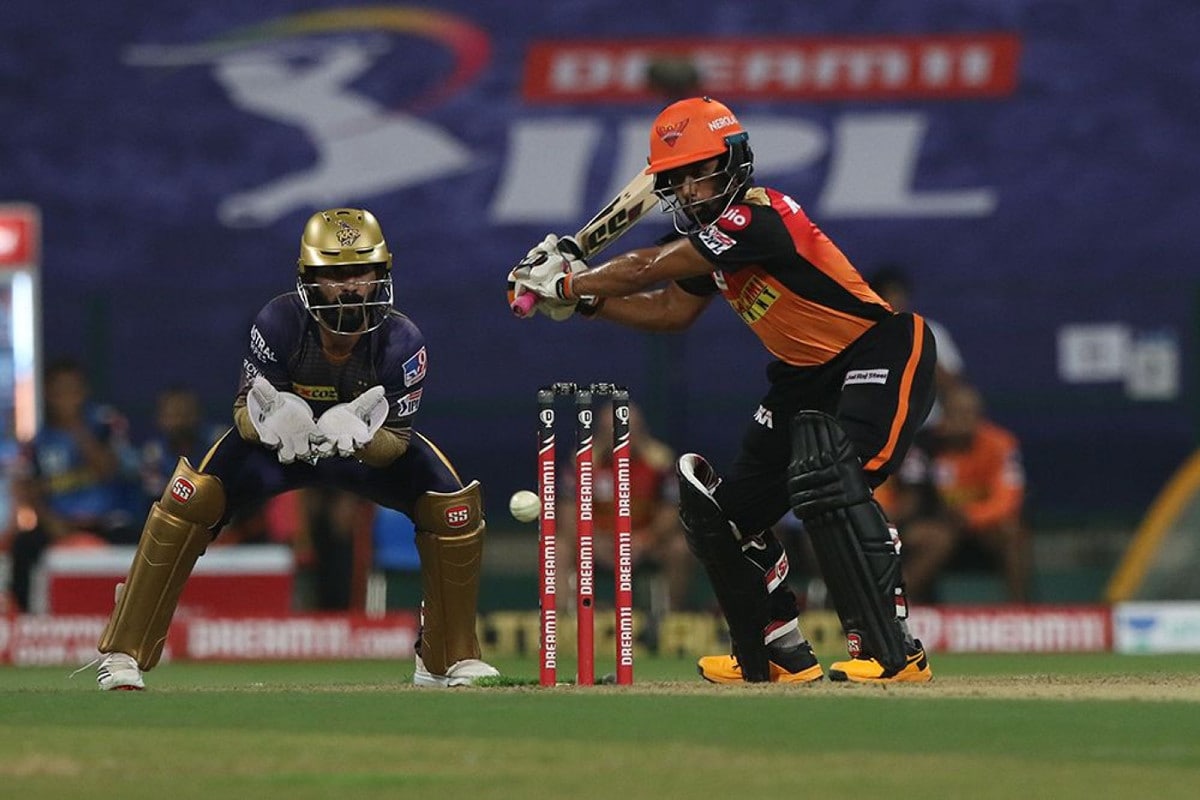 David Warner said he takes full responsibility for Sunrisers Hyderabad's poor show with the bat but stressed on the need to go harder in the middle overs in their loss to Kolkata Knight Riders on Saturday.

Warner fell for a 30-ball 36 in the 10th over, chipping a return catch to spinner Varun Chakravarthy. After he went, Wriddhiman Saha struggled to get going scoring 30 off 31 balls as SRH settled for just 142 for 4. Manish Pandey made 51 off 38. KKR chased it down with two overs to spare.

"In the match against KKR, I and Jonny got ourselves in and we backed ourselves to play the way we wanted to play, unfortunately through the middle, we could have gone probably a little harder, we could have taken few more risks. It was a very soft and poor dismissal from myself, my dismissal happened when we were looking to change the gears, I don't blame anyone and I take full responsibility for not batting out the overs," said Warner during a virtual press conference.

"I don't know where it wrong, we just cannot be having two batsmen on the bench, we could have gone a little bit harder through the middle, we played four-five overs for 20 runs after my dismissal, we need to apply little more pressure on the bowlers and we need to try to hit more boundaries. I am more disappointed with the number of dot balls we played, there were 35-36 dot balls and in T20 cricket, it is not acceptable.

"You have to put a genuine batsman, it's easy to say send a pinch-hitter, at this stage with myself getting out, we had to send one genuine batsman (Saha), KKR bowlers bowled well," he added.

Warner had broken the trend in IPL 2020 by batting first on winning the toss, a decision he stood by.

"We have batted first before with dew in India, it's about putting runs on the board, in the end, we were 20-30 runs short, if we had more it probably would have been a good game. At the end of the day, if you don't put the right total on the board, it will be very hard. There have been instances in the past where we have defended 130 or less," he said.

SRH have lost both their games and will next face Delhi Capitals on September 29 in Abu Dhabi.