"Sure is a hard pill to swallow. Just got AB'd there. That's two in a row we were in the box seat to win but didn't. Disappointing," said RR captain Steve Smith.

Chasing 178, de Villiers smashed six sixes to help RCB win the game after all seemed lost for them following the dismissal of Virat Kohli with the team struggling at 104 for three in the 14th over.

Earlier, skipper Steve Smith's counterattacking 36-ball 57 guided Rajasthan to 177 for six. Smith struck six fours and one maximum before Chris Morris bowled a brilliant final over, conceding only four runs while taking two wickets to check RR from going past 180.

"I think it was a good score on a slow wicket. I thought we built the pressure pretty well and it took pretty special innings to take RCB home," Smith added.

Rajasthan were in the drivers' seat even till the start of the penultimate over. As the 19th over began, the 36-year-old South African superstar swung the odds in RCB's favour by hitting three consecutive sixes. After a single took de Villiers off strike, the under-pressure Unadkat bowled a wide delivery before his fifth ball was dispatched for four by Gurkeerat Singh.

Another single off the last ball meant Jayadev Unadkat has conceded 25 runs from the 19th over. 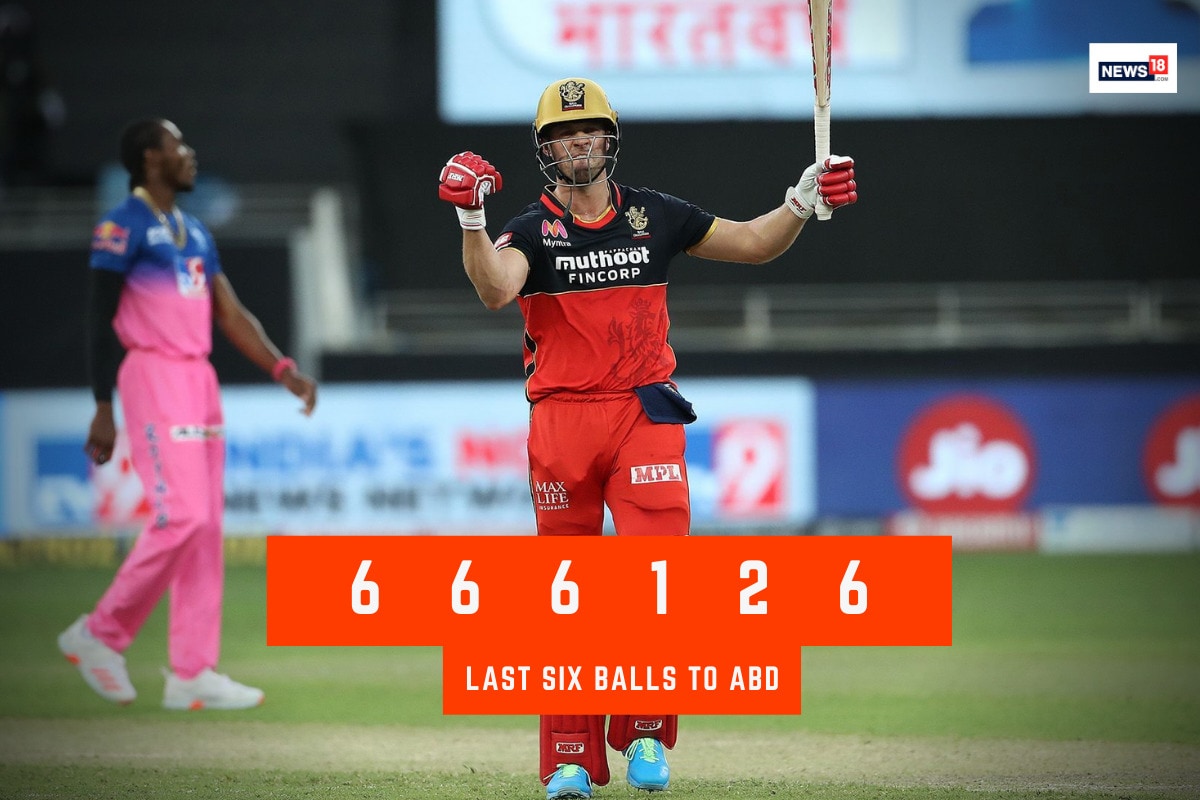 RCB needed 35 from 12 balls before the start of the over and that deficit was reduced to 10 off the last six balls. "We wanted to use Jaydev to the bigger boundary, he bowls a lot of slower stuff into the wicket. Obviously boundary not big enough for AB," further added the Rajasthan Royals captain.

Rajasthan Royals remain at the seventh spot in the IPL 2020 points table with six points. Royal Challengers Bangalore sit on the third position with 12 points after 9 games.