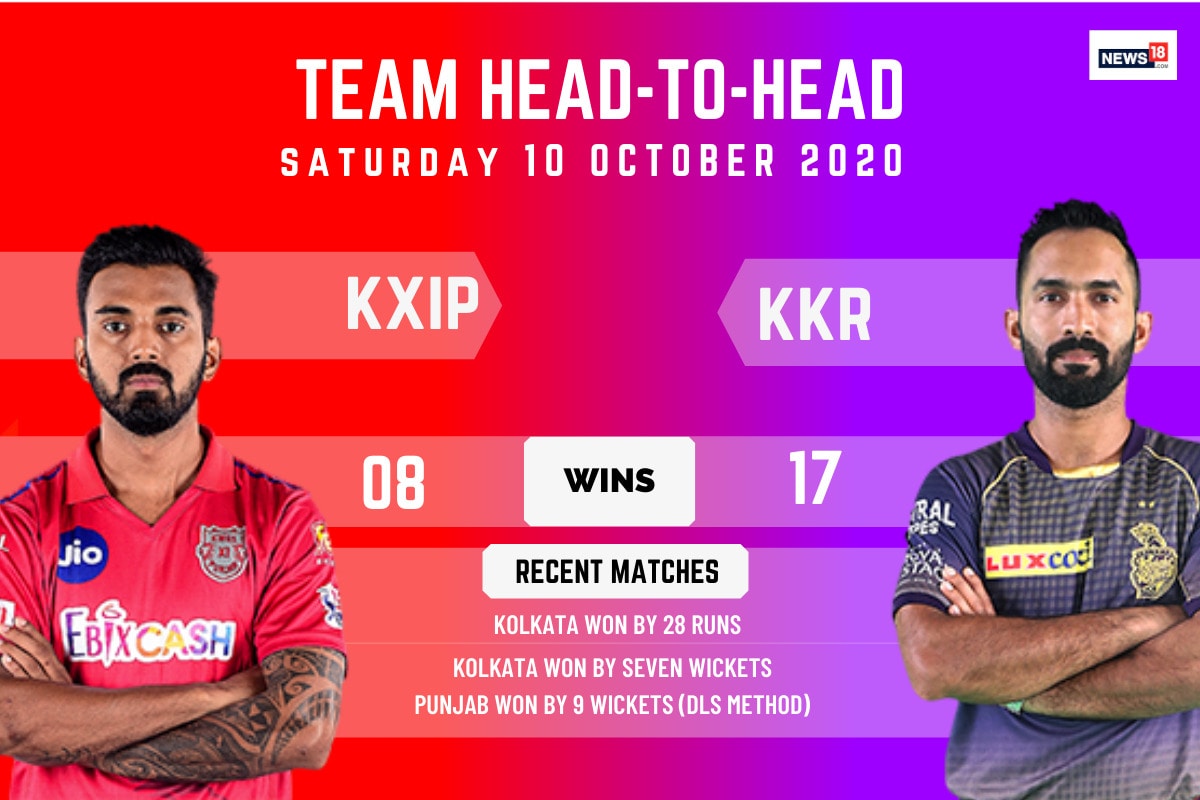 KXIP are at the bottom of the points table with just one win from 6 matches.

KKR have dominated the rivalry and have a 17-8 Head to Head Record against KXIP.

KKR hold a 4-1 advantage in the recent rivalry between the two teams. They beat them, both at home and away in 2019.

Shubman Gill anchored a 184-run successful chase with an unbeaten 65 off 49 deliveries the last time KKR clashed with KXIP in an IPL encounter – on the 3rd of May, 2019 in Mohali. Sam Curran hammered a 24-ball 55 and with cameos from Mayank Agarwal and Nicholas Pooran, helped KXIP post a competitive 183 for 6. Chris Lynn (46 off 22 deliveries) gave KKR a flying start. The middle-order chipped in while Gill anchored the chase from the other end to take KKR through to a win by 7 wickets and 2 overs to spare.

KXIP had got the better of KKR beating them by 23 runs in a low-scoring encounter in Abu Dhabi – the last time these two teams met in the UAE. KXIP posted 132 for 9 with Sehwag top-scoring for them with 37. KKR kept losing wickets at regular intervals and never got any partnership going in the chase. Sandeep Sharma starred with the ball for KXIP picking the wickets of Manish Pandey, Gambhir and Suryakumar Yadav. KKR were bowled out for 109.