KXIP also maintained their chance of entering into the next stage of IPL 2020. Punjab lost six of their first seven matches in the tournament, but they bounced back and have continued their winning streak since their eighth game 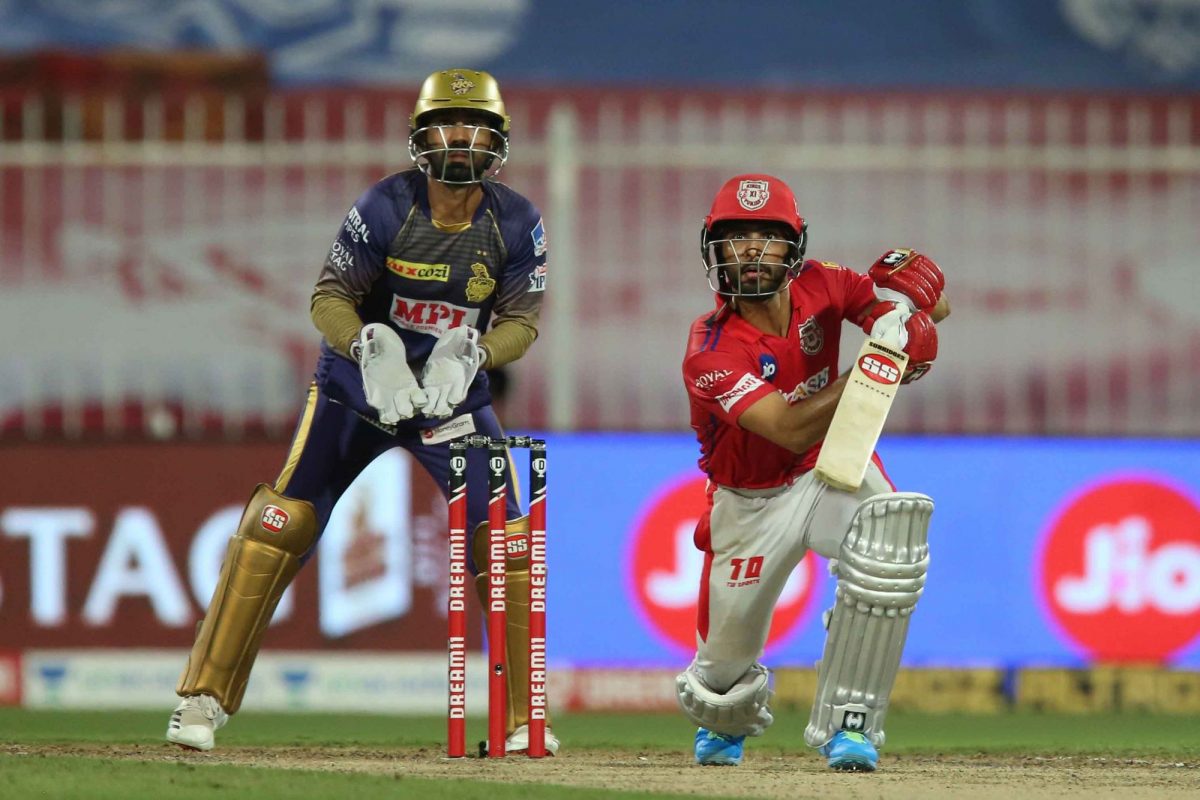 Kings XI Punjab won its fifth match in a row on Monday, defeating Kolkata Knight Riders by eight wickets. This was the second time the two teams were facing each other in IPL 2020. In their previous clash in the tournament, KKR outperformed KXIP by a thin-margin of two runs.

With this win, KXIP also maintained their chance of entering into the next stage of IPL 2020. Punjab lost six of their first seven matches in the tournament. However, they bounced back and have continued their winning run since their eighth game.

Punjab have now replaced Kolkata from the fourth spot on the points table with their fifth win. Now, both the teams have got 12 points, but KXIP’s net run rate is better than KKR.

In yesterday’s game, KL Rahul, KXIP’s skipper, won the toss and elected to bowl first. Glenn Maxwell, who bowled the first over for KXIP, gave an early jolt to KKR by sending Nitish Rana to the pavilion without letting him open his account. After that, Kolkata’s two batsmen, Rahul Tripathi and Dinesh Karthik, got out without making much impact. Tripathi gave away his wicket after making seven and Karthik on a duck. Had Shubman Gill and Eoin Morgan, the captain of KKR, not stitched a partnership, Kolkata would not have managed to score 140 plus runs. Gill made 57 runs, while Morgan scored 40. Towards the end of the innings, Lockie Ferguson did some hitting, taking the team to 149.

KXIP got off to a good start as their openers Rahul and Mandeep Singh started hitting from the beginning. However, the two could not stitch a partnership as Rahul got out after making 28. Then, Singh and Chris Gayle stood on the crease for long with both the batsmen scoring half-centuries. Gayle gave away his wicket a few overs before the match finished. He scored 51 runs. Finally, Singh and Nicholas Pooran finished the game for their side. Singh made 66 (not out), while Pooran scored two runs (not out).

Shubman Gill smashed 57 off 45 deliveries at a strike rate of 126.67. He hit three fours and four sixes.

Mohammed Shami clinched three wickets. He was hit for 35 runs in four overs. His economy was 8.75.