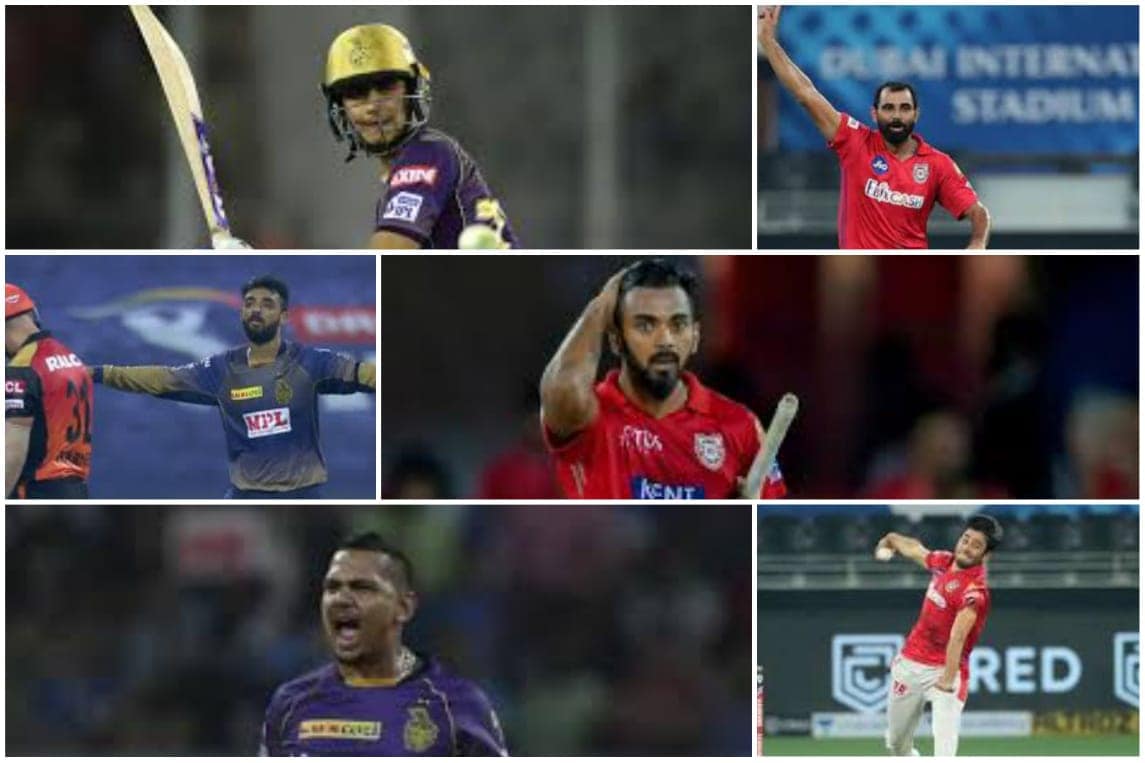 In a crucial encounter, Kolkata Knight Riders (KKR) will clash with Kings XI Punjab (KXIP) in the Indian Premier League (IPL) 2020 in Sharjah on the 26th of October. KKR are at number 4 on the points table with 6 wins from 11 matches whereas KXIP are a position below with 5 wins from as many matches.

We look at some of the key match-ups which could potentially decide the outcome of the encounter.

Shubman Gill scored 57 in KKR's first encounter with KXIP in IPL 2020. He was mostly circumspect against Mohammed Shami - KXIP's ace new ball bowler and highest wicket-taker of the tournament, scoring just one boundary against the pacer in the powerplay. Gill may want to up the ante in Sharjah where the dimension of the grounds are significantly smaller. Will he take on Shami when the restrictions are in play? Gill has got starts but not gone on to convert them into a big score in the last few matches. Can Shami stop him again?

KL Rahul is the leading run-getter of IPL 2020 but has played within himself in the last few matches. He is at his best for KXIP when he is in destructive mode. The KXIP skipper scored 74 in the first encounter against KKR but at a strike rate of just 127.58. Rahul will again play anchor but may decide to attack the spinners post the powerplay to add momentum to the innings. His battle with mystery leg-break bowler, Varun Chakravarthy will be a fascinating one. Chakravarthy has a wide range of deliveries in his repertoire and has been very restrictive for KKR. His confident would be sky high coming off a Player of the Match performance against the Capitals. But Rahul is a fine player of spin and has the ability to use his feet and hit any tweaker out of the park.

Ravi Bishnoi was very restrictive in KXIP's first encounter with KKR giving away just 25 runs in his 4 overs. He is a very talented leg-spinner who bowls in the middle overs and not only picks crucial opposition wickets but also chokes the batsmen for runs. Bishnoi has 10 wickets in IPL 2020 and an impressive economy rate of 7.43. He could potentially run into Sunil Narine in the middle overs. Narine, in his new role, has been coming as a finisher and returned to form with a breathtaking 64 off just 32 deliveries against the Capitals. He could take up the challenge and attack Bishnoi as his stock delivery would come in for the left-hander. We could see Narine adopt the seep shot against the leg spinner in an attempt to clear the shorter boundaries.