IPL 2020: Kuldeep Yadav and I Never Had Competition Between Us, Says Yuzvendra Chahal

Chahal and RCB have never won the title and will be looking the break the duck this year. Coach Mike Hesson believes the side are definitely stronger than before and have identified their strengths and weaknesses. 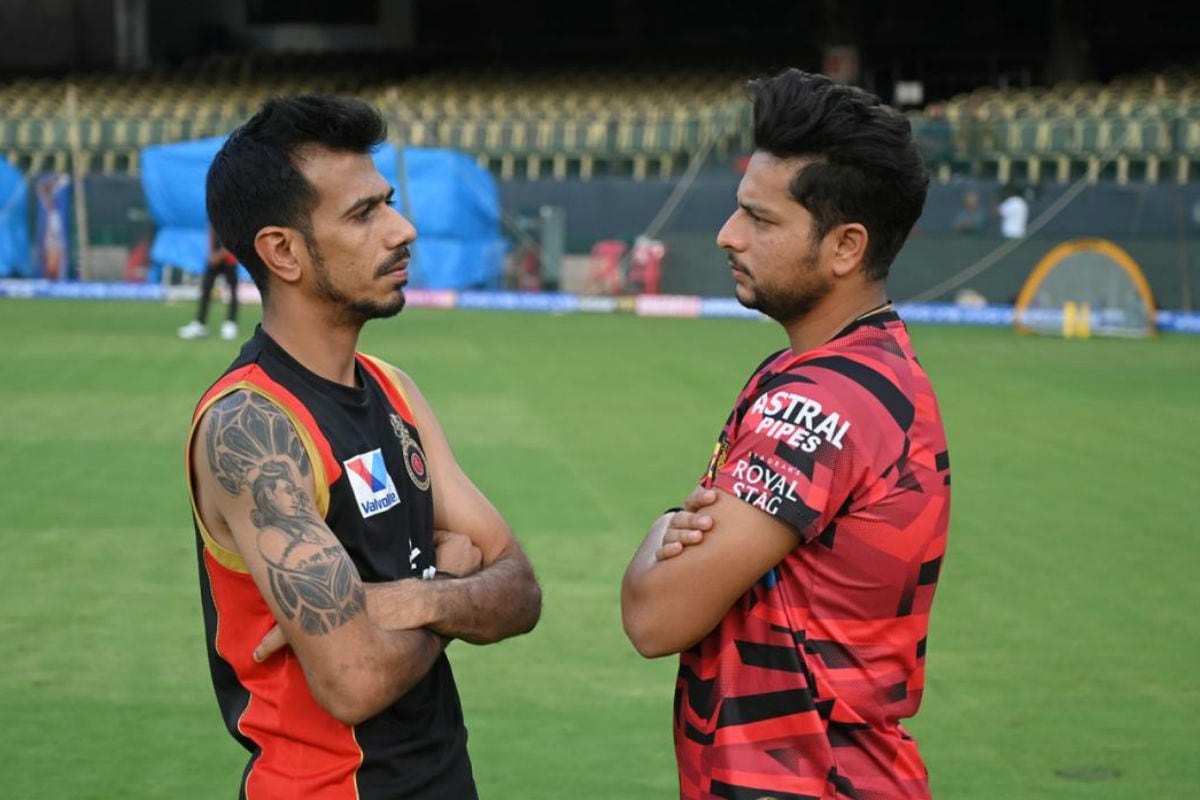 Indian cricket has always seen fantastic spinners bowl out oppositions over the years. However, the bowlers understandably can have a bad too. One of the most remembered images in the IPL is when Moeen Ali took Kuldeep Yadav to the cleaners last year.

Ali’s teammate Yuzvendra Chahal, who is also Kuldeep’s bowling partner often for India, says there is no competition between the two.

“He has always taken care of me, like an elder brother. Even now, after playing so many matches together, even off the field, he gives me advice on cricket as well as off cricket. He supports me, and this bond is visible on the field as well. We’ve never had competition between us, irrespective of which of us gets picked to play,” Chahal told the RCB website.

The duo however will keep their friendship aside once again and look to finish well in IPL 2020 which is being played in UAE.

Chahal and RCB have never won the title and will be looking the break the duck this year. Coach Mike Hesson believes the side are definitely stronger than before and have identified their strengths and weaknesses.

Earlier in the week, captain Virat Kohli said he had able to "disconnect" from the underwhelming seasons that he and Royal Challengers Bangalore have endured in the IPL and there is a welcome "sense of calm"

"The 2016 IPL, we all loved to be a part of (it). Since then, this is the most balanced I have felt about (the) squad," the Indian skipper said on RCB's Youtube show 'Bold Diaries', sharing his thoughts on the upcoming edition starting September 19 in the UAE. Kohli said that both he and AB de Villiers feel that this could be the "breakthrough season" when tables will turn for the franchise which has flattered to deceive on many occasions.

"I (have) never felt so calm going into a season before. He (ABD) is coming from a very different space and he is enjoying his life and is very relaxed and fit as ever. I feel I am in a much better space, much more balanced, when it comes to environment of (the) IPL," the straight speaking RCB skipper said. This is the first time he feels that he isn't carrying any baggage.

"Disconnecting with things that have happened in the past and not taking that baggage, as we have done that way too many times," he responded to a query on what has changed for him this season. "Just because we have a bunch of players that are so skilled, people like seeing them play is the reason people have had so much expectation as well."