Brendon McCullum has admitted that the crushing defeat against Royal Challengers Bangalore would definitely affect the morale of the side, but their destiny is still in their hands 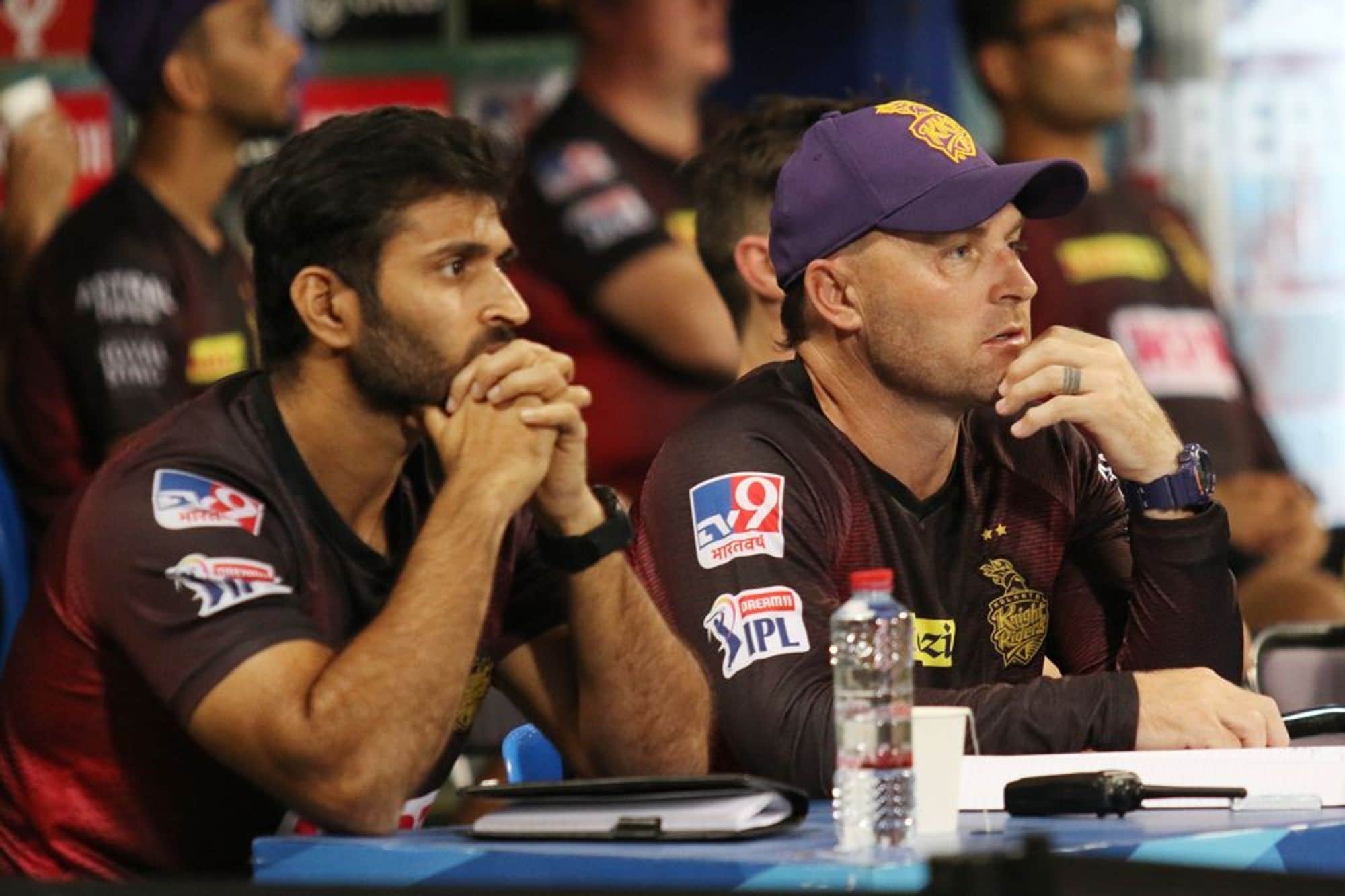 Disappointed with his team's 'timid approach' with the bat , Kolkata Knight Riders head coach Brendon McCullum has admitted that the crushing defeat against Royal Challengers Bangalore would definitely affect the morale of the side, but their destiny is still in their hands.

He believes KKR can go all the way to the final, despite just hanging on to the fourth spot in the eight-team competition with 10 points from as many games.

'This (loss) is going to affect a little bit in terms of our confidence. We need to work hard on ensuring our morale doesn't drop at the same time having those honest conversations around how we improve,' McCullum said after the eight-wicket loss to RCB in an IPL game here on Wednesday night.

'But I still firmly believe that we have a side which can be there later on in the tournament, come finals. We just need to improve slightly.

'We're still fourth in the tournament, which is very fortunate for us. Destiny is still very much in our hands. We have just got to tighten up some of those areas where we're deficient tonight and make sure we improve on our performance,' he said.

McCullum admitted that they were not good enough and lacked intent in the lop-sided contest against RCB.

Electing to bat, KKR top-order crumbled against Mohammed Siraj's (3/8) devastating new-ball show to register their second lowest total -- 84 for 8, a target which RCB chased down in in 13.3 overs with eight wickets in hand.

McCullum said there was no demon in the pitch but their batsmen lacked intent against some quality RCB bowling.

'...I didn't think there was a lot in the wicket. Siraj obviously bowled well and (Chris) Morris at times also. But if anything, we were just a little timid in our approach,' the former New Zealand captain said.

'That's just a bit frustrating because we spoke at length before the game about trying to be positive and show some strong intent, so that's something we'll have to address in the next few days.' Siraj became the first bowler in the history of IPL to bowl two maiden overs as he dismissed Rahul Tripathi (1), Nitish Rana (0) and Tom Banton (10) to virtually kill the contest in the first four overs.

'I just think we weren't able to enter the game at any stage, none of our top-order batsmen were able to get anything going,' McCullum said.

'Defending 85, you might just win one in 50 games. I think RCB were very good tonight. We're very poor with bat in hand. You're not going to win too many games from 40 for 6. But we've got to bounce back because we've got another game in a few days.

'With the conditions being slightly challenging at times, you've got to find a way to still pick yourself up and try and get a result in the next game,' he added.

McCullum said self belief is the need of the hour after such a disappointing performance.

'For us, it's about maintaining belief. As long as our morale stays high, and our belief within the dressing room stays high, then we have the talent within our setup, the intelligence and quality of players, to be able to go deep in the tournament.' KKR have four matches left to secure a play-off spot and next face Delhi Capitals here on Saturday