Stoinis clobbered spinner Shreyas Gopal for successive sixes in the 7th over but Tyagi and Tewatia stymied the run flow before Hetmyer smashed Tye for a six to bring up the 100 in the 13th over. 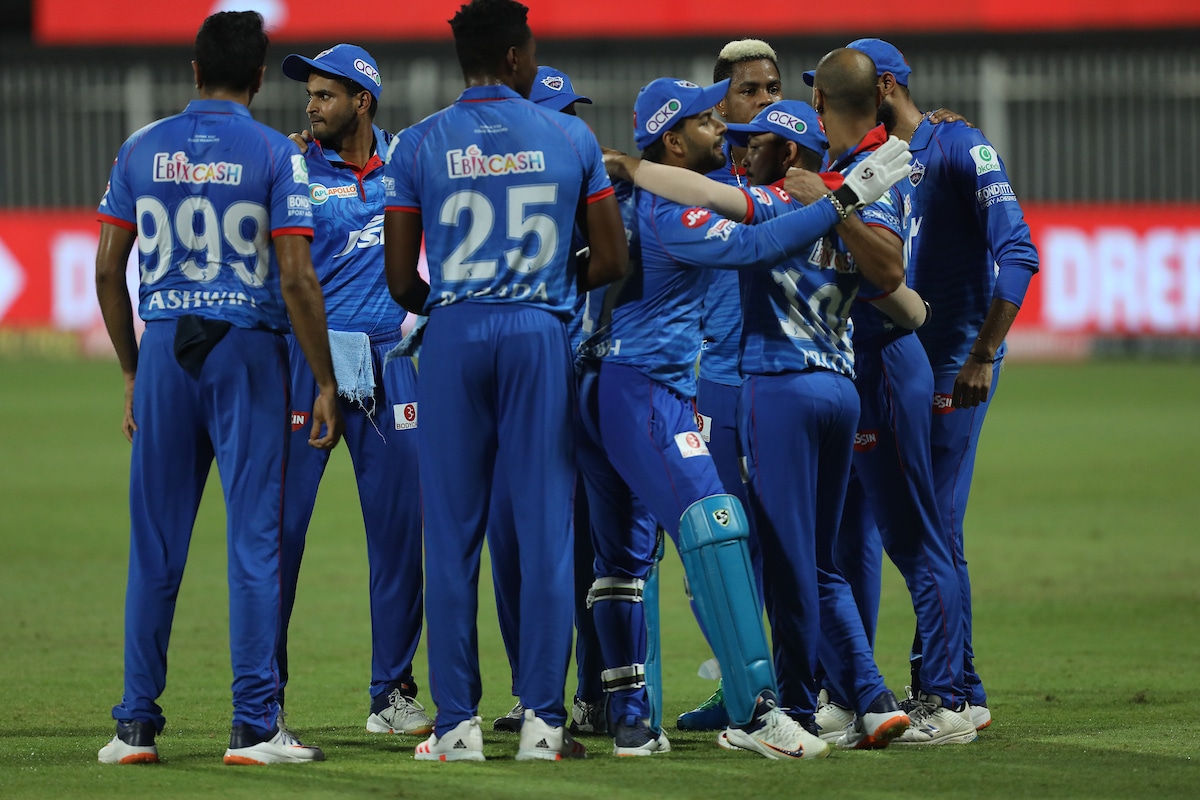 Australian all-rounder Marcus Stoinis shone with both bat and ball as Delhi Capitals regained the top spot in the IPL standings with a comprehensive 46-run win over Rajasthan Royals here on Friday. Delhi posted 184 for eight, the lowest first innings total at the ground this season, riding on Shimron Hetmyer's 24-ball 45 and 39 off 30 balls from Stoinis.

Kagiso Rabada (3/35) then picked three wickets, while Stoinis (2/17), Ravichandran Ashwin (2/22) snared two wickets each as Delhi dismissed Rajasthan for 138 in 19.4 overs to secure their fifth win in six matches. Rajasthan were never convincing in the chase and ended up with their fourth loss in as many games.

Jos Buttler (13) fell to a superb catch by Shikhar Dhawan and Steve Smith (24) and Sanju Samson (5) holed out to Hetmyer at deep square midwicket and long-on respectively to leave RR at 72 for three. Ashwin then returned to remove Mahipal Lomror (1), while Stoinis cleaned up young Yashasvi Jaiswal, who struggled to 34 off 36 after opening the innings.

Rahul Tewatia (38 off 29) hit a few lusty blows but wickets continued to tumble on a pitch that was not as good for batting as the earlier games here. Earlier, Jofra Archer (3/24) took three wickets and Tewatia (1/20) and young pacer Kartik Tyagi (1/35) captured one each as RR restricted to a below-par total.

Playing his first IPL match this season, Andrew Tye also took one wicket but he conceded 50 in his four overs. RR also inflicted two run outs, removing Shreyas Iyer (22 off 18) and Rishabh Pant (5). Hetmyer smashed five sixes and a four to emerge as the top-scorer for Delhi.

Archer was the pick of the bowlers as he dismissed opener Shikhar Dhawan (5) in the second over. Skipper Iyer smashed two fours off pacer Varun Aaron (0/25 in 2 overs) and then Prithvi Shaw (19 off 10) deposited him into the stands after Tyagi dropped the opener in the previous ball.

However, Shaw couldn't stay longer as Archer induced a top-edge from the batsman and then completed the catch. Jaiswal then run out Iyer with a brilliant direct throw with Delhi slumping to 51 for three at the end of powerplay. Stoinis clobbered spinner Shreyas Gopal for successive sixes in the 7th over but Tyagi and Tewatia stymied the run flow before Hetmyer smashed Tye for a six to bring up the 100 in the 13th over.

After Stoinis was dismissed by Tewatia in his last over, Hetmyer took over the mantle and hit Tye for a four and six before launching Tyagi for successive sixes. But the young India pacer had the last laugh as the West Indies batsman was holed out at the long-on boundary. In the 18th over, Axar Patel (17 off 8) blasted two fours and a six off Tye to rack up 22 runs.