IPL 2020: Meet Thangaraj, MS Dhoni Superfan Who Runs a Village Fan Club With a Social Cause

MS Dhoni and Chennai Super Kings are known for their legion of fans and 'superfans' not restricted to the city. One such Dhoni superfan is Thangaraj from a remote village called Neikarappatti in Salem district of Tamil Nadu. 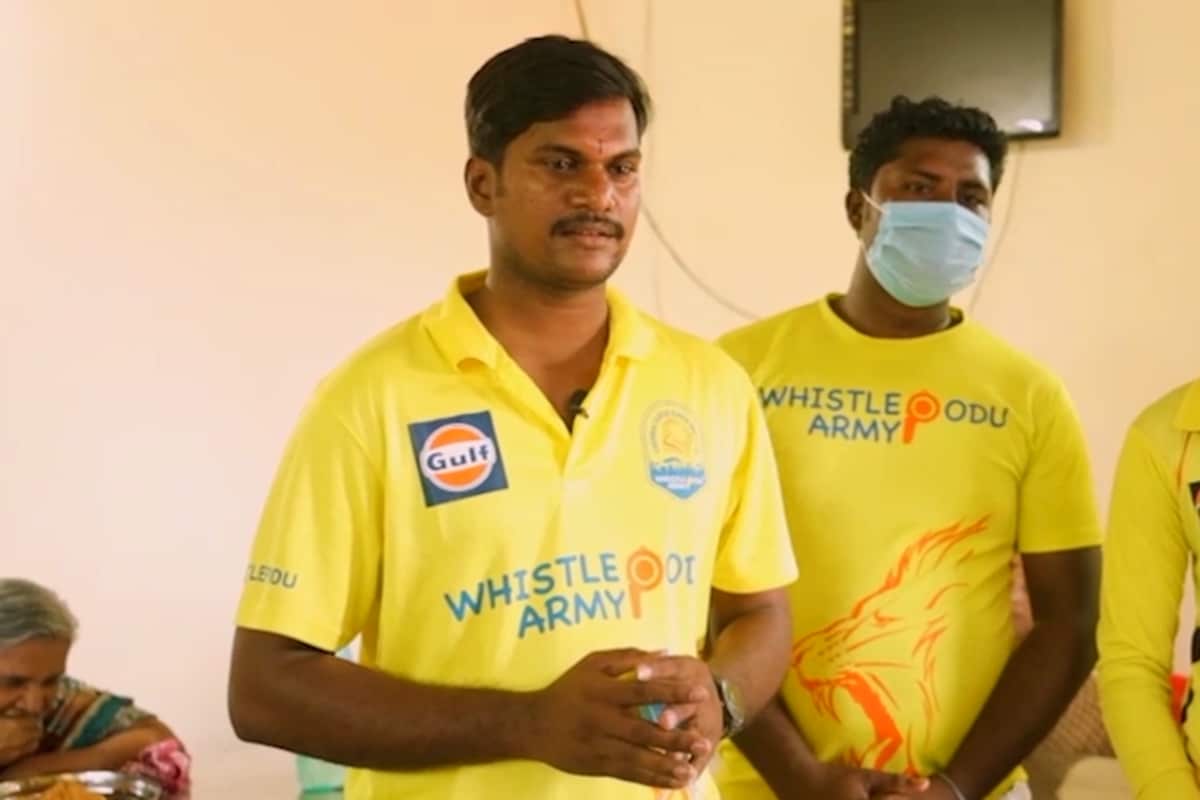 MS Dhoni and Chennai Super Kings are known for their legion of fans and 'superfans' not restricted to the city. One such Dhoni superfan is Thangaraj from a remote village called Neikarappatti in Salem district of Tamil Nadu.

No, Thangaraj doesn't paint his body yellow. Neither does he attend matches at the stadium to wave CSK flags. Rather silently, this superfan started an MS Dhoni fan club in his village and empowered the members to do social work for the community. Be it feeding the poor with rice and pulses, helping with stationary supplies to young kids from tough backgrounds, or donating blood, the 'Thalamai Dhoni Rasigar Mandram' is doing plenty of social work.

What started as a small club in 2011 now has around 60 members, most of them daily wage workers themselves. They save up money throughout the year and aim to give back to the community while spreading joy in the name of MS Dhoni and CSK.

"I'm a fan of Dhoni since IPL 2008," Thangaraj tells Cricketnext. "CSK missed the cup in 2009 and since we won in 2010, we started celebrating Dhoni especially on his birthday.

"In 2011, Dhoni won the IPL and the World Cup, so the excitement grew in the area and we started a fan club." In a state that has fan clubs for cinema stars in every nook and corner, a club for a cricketer was nearly unheard of. Eyebrows were raised but Thangaraj had the backing of his family. He's now even called 'Dhoni Thangaraj' in his locality.

"My father said - whatever you do, ensure you do something good for the public," he recalls. "So we started doing social activities especially on his birthdays or when CSK wins. It was my father who encouraged me and pushed me to feed people. He would keep saying I shouldn't waste money on anything. So whatever we spend, it's always for a good cause.

"Now we have 60 members, and we spend up to Rs 1 lakh per year on social activities through the fan club."

Thangaraj runs a family-owned small shop in the village, while the other members are mostly daily wage workers. Talking about the appeal of CSK and Dhoni in villages, Thangaraj says:

"People in villages don't know all details about CSK and IPL, but when they see a yellow jersey, they know it has something to do with Dhoni. We've made them addicted to Dhoni and the team that way!"

All the effort bore fruit when Thangaraj got a chance to meet his idol in 2017.

"I've got the chance to meet Dhoni once, it's an invaluable experience. He had come for the TNPL opening ceremony in 2017. I even got a chance to fall at his feet in the ground and take his blessings. I shook his hands and fell at his feet, he said 'venaam pa' (don't) in Tamil and lifted me.

"The other members in the fan club also want to get a chance to meet Dhoni. I want to thank my family and friends, they've supported me without expecting anything."

This is one fan club that MS Dhoni himself will be proud to have!