Back to News18
IPL 2020
Home » Cricket Home » News » IPL 2020, MI vs KXIP, KKR vs SRH: Three Super Overs In One Day, Stars And Fans Are Amazed After Sunday Games; Check Out Top Reactions

IPL 2020, MI vs KXIP, KKR vs SRH: Three Super Overs In One Day, Stars And Fans Are Amazed After Sunday Games; Check Out Top Reactions

One Super Over Over in a day is already crazy enough, but having three of them back to back, was something no cricket fan would have expected. 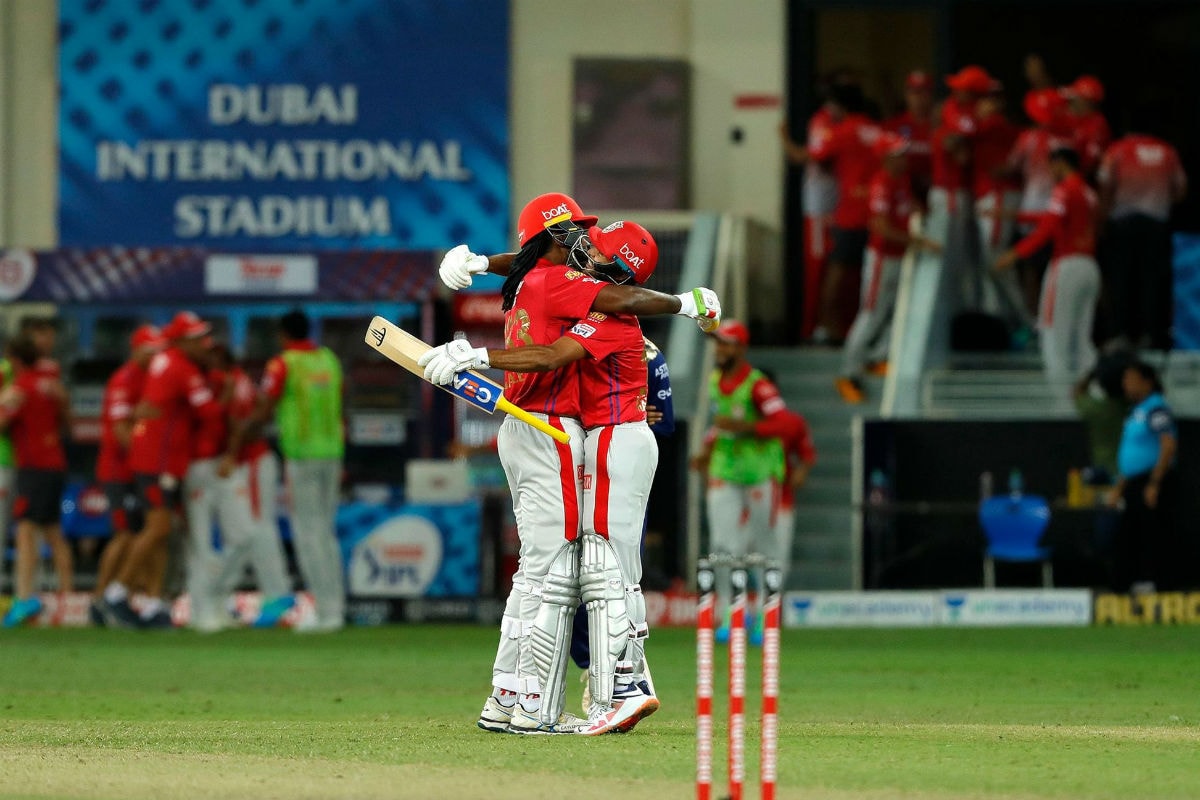 October 18, Sunday was a historic day in cricket as we got to see three Super Overs in one tournament in one day. IPL 2020 reached the peak of excitement as much as many fans just wished it to be the final day of this season. The first game played between Kolkata Knight Riders and Sunrisers Hyderabad ended in a tie, resulting in a Super Over in which Lockie Ferguson’s incredible bowling display led his team to victory.

The second match of the day, though, was out of the world. Played between Mumbai Indians and Kings XI Punjab, the match saw two Super Overs to finally give a winner. One Super Over Over in a day is already crazy enough, but having three of them back to back, was something no cricket fan would have expected. Adding to the crazy story is the fact that the last time the two met a few weeks ago, it was also decided in the Super Over. MI had won on the occasion, but it was KXIP who did the unthinkable this time.

In MI vs KXIP, batting first Mumbai Indians put up a total of 176 runs, with help of Quinton de Kock’s half century (53 runs off 43 balls) knock and superb finishing strikes by Kieron Pollard (34 runs off 12 balls) and Nathan Coulter-Nile (24 runs off 12 balls). For KXIP, KL Rahul again showed a masterclass performance, scoring 77 runs off 51 balls. They however, could not cross the finishing line as they got stuck at 176, tying the match.

What followed was a Super Over, in which MI’s Jasprit Bumrah conceded just 5 runs. The match looked out of KXIP’s hands. But then Mohammed Shami equalled Bumrah’s performance and restricted MI to 5 runs. A tie again! In the second Super Over, chasing a target of 12 runs, KXIP finished claiming the victory in 4 balls, thanks to Chris Gayle’s six on the first ball, followed by Mayank Agarwal’s consecutive boundaries off third and fourth delivery. This was only the third and much needed victory of KXIP in IPL 2020.

Through all this drama the entire day, fans and cricket stars could not contain their excitement and that gave us a string of interesting comments. Check out the top reactions:

“Super over pe super over! Three in a day, could it be more exciting than this?   Great display by our Indian fast Bowlers. @MdShami11 vs @Jaspritbumrah93,” tweeted Suresh Raina.

Super over pe super over! Three in a day, could it more exciting then this? Great display by our indian fast Bowles. @MdShami11 vs @Jaspritbumrah93

Cricketer Danielle Wyatt had to correct herself within minutes of his first reaction.

How good is the @IPL!!!!! Two super overs in one day. Amazing viewing.

The best game of @IPL ever! @StarSportsIndia #superovers

The best game of @IPL ever! @StarSportsIndia #superovers

Flicked over briefly to watch the cricket and, blimey. Got to say @IPL is bloody brilliant. Super over coming up.

Din Ek, Super over Do.

The best thing of 2020, the Indian Premier League for a reason. #MIvsKXIP

Whatever said and done I hope there is never a day that the universe's boss retires! #MIvKXIP #IPL2020 @henrygayle

So much class in this @lionsdenkxip batting line-up. How on earth do they find themselves at the bottom of the table!

The way @henrygayle is able to hold his shape whilst hitting through the line of the ball on the up, is amazing to see. Surely the best T20 entertainer we have so far seen in this shortened format? #KXIPvMI

Every Indian cricket fan should everyday go to sleep after thanking the Almighty for giving India, @Jaspritbumrah93!

Glenn Maxwell, 9 matches 58 runs. It's not just that he's not getting runs, it's the way he's getting out.

Never thought I'll see Gayle and Maxwell sit out in a superover. #MIvKXIP

Please declare this as the IPL Final. Ho gaya.