Victories for Mumbai Indians and Chennai Super Kings. Mumbai Indians at the top of the table, and CSK no longer at the bottom. Kings XI Punjab and Sunrisers Hyderabad take the bottom positions after losses. That's the story of IPL 2020's double-header Sunday. 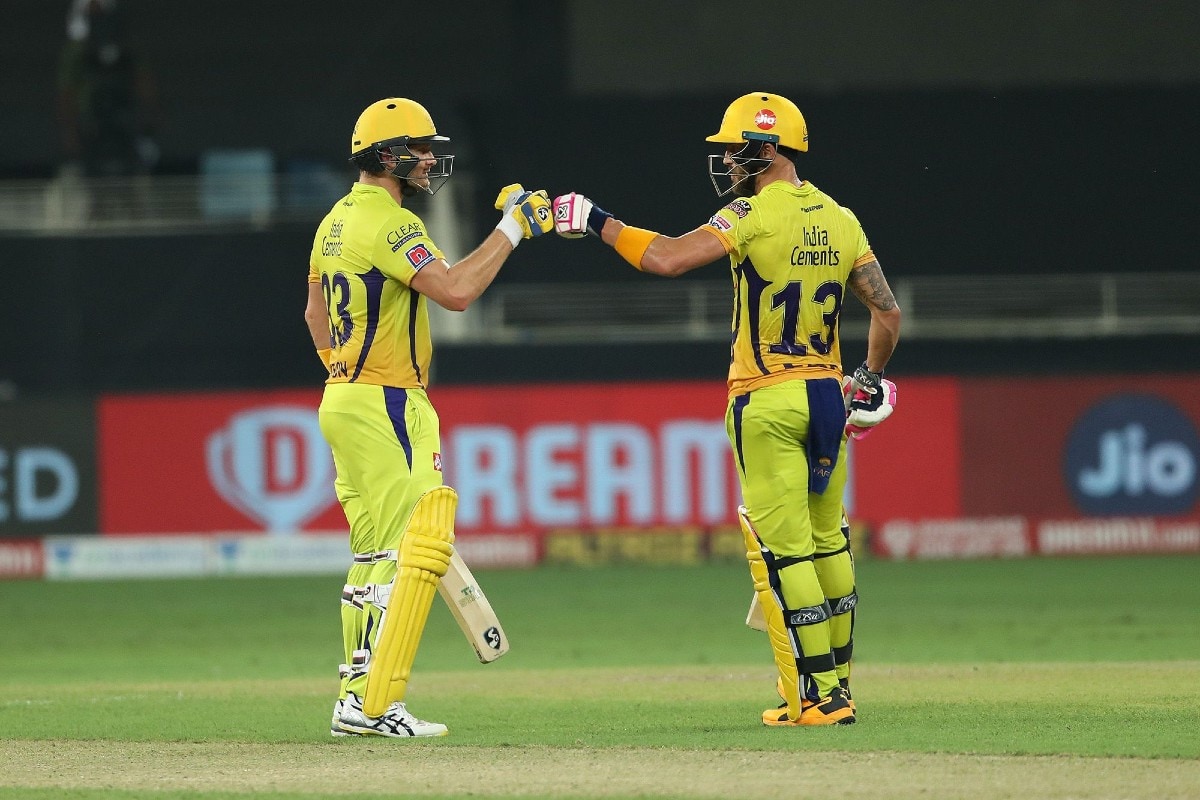 Victories for Mumbai Indians and Chennai Super Kings. Mumbai Indians at the top of the table, and CSK no longer at the bottom. Kings XI Punjab and Sunrisers Hyderabad take the bottom positions after losses. That's the story of IPL 2020's double-header Sunday.

Here's a wrap in more detail.

When Rohit Sharma won the toss and opted to bat first, and then smashed Sandeep Sharma for a six in the first over, there were ominous signs for SRH. Rohit can destroy oppositions even in the biggest of grounds with his six-hitting ability. What could he do in pocket size Sharjah? Fortunately for SRH, Sandeep had him nicking behind in the very next ball after the six.

However, de Kock, who has been struggling for form thus far, came to the party. With support from Suryakumar Yadav first and then Ishan Kishan, and some luck with Manish Pandey putting him down in the deep, de Kock got his first IPL 2020 half-century. He fell to Rashid Khan in the 14th over, but MI had enough big hitters.

4-0-29-0. Two overs in the Power Play. Two in the death, bowling to Hardik Pandya and Kieron Pollard. In Sharjah. Natarajan and his yorkers were in full form, although there were no wickets to show. The left-arm pacer has been one of the finds of the tournament already, and has bowled more yorkers than anyone else so far.

Jonny Bairstow threatened to give a good start racing to 25 off 15 but failed to read a slower one from Trent Boult. Manish Pandey too managed a cameo. Kane Williamson fell early. David Warner tried to take the game deep, but could not. He made 60 off 44, but could never switch gears.

SRH need a power hitter in the lower order, although their youngsters got the job done against CSK. The target was well within reach but SRH just didn't have firepower to take on bowlers like Bumrah and Pattinson.

KL Rahul makes a half-century, but was he too slow?

63 off 52 balls at a strike rate of 121.15. KL Rahul's knock on Sunday was similar to his 69 off 54 against Rajasthan Royals in Sharjah, which too ended in defeat. Rahul has perhaps been batting conservatively owing to captain's responsibility, but can afford to take a few more chances especially with hitters like Nicholas Pooran and Glenn Maxwell to follow. Rahul batted till the 18th over, at the start of which KXIP had lost only two wickets. He could have afforded to go big earlier. KXIP ended with 178 for 4 thanks to cameos from Mandeep Singh 27 (16) and Nicholas Pooran (33 off 17).

"The perfect game for CSK is coming". This is what Shane Watson had tweeted a day before the match, when there was plenty of negativity surrounding the team, and his own form. He brushed aside everything and smashed an unbeaten 53-ball 83, while du Plessis got 87 off the same number of balls as CSK won by 10 wickets.

The intent, which CSK seemed to be lacking in the first few games, was right back. Watson chose his areas well too - there was hardly any cross batted lofts over the on side. He instead attacked straight down the ground, using his timing and power.

Du Plessis, meanwhile, matched him perfectly playing strokes all around the park.