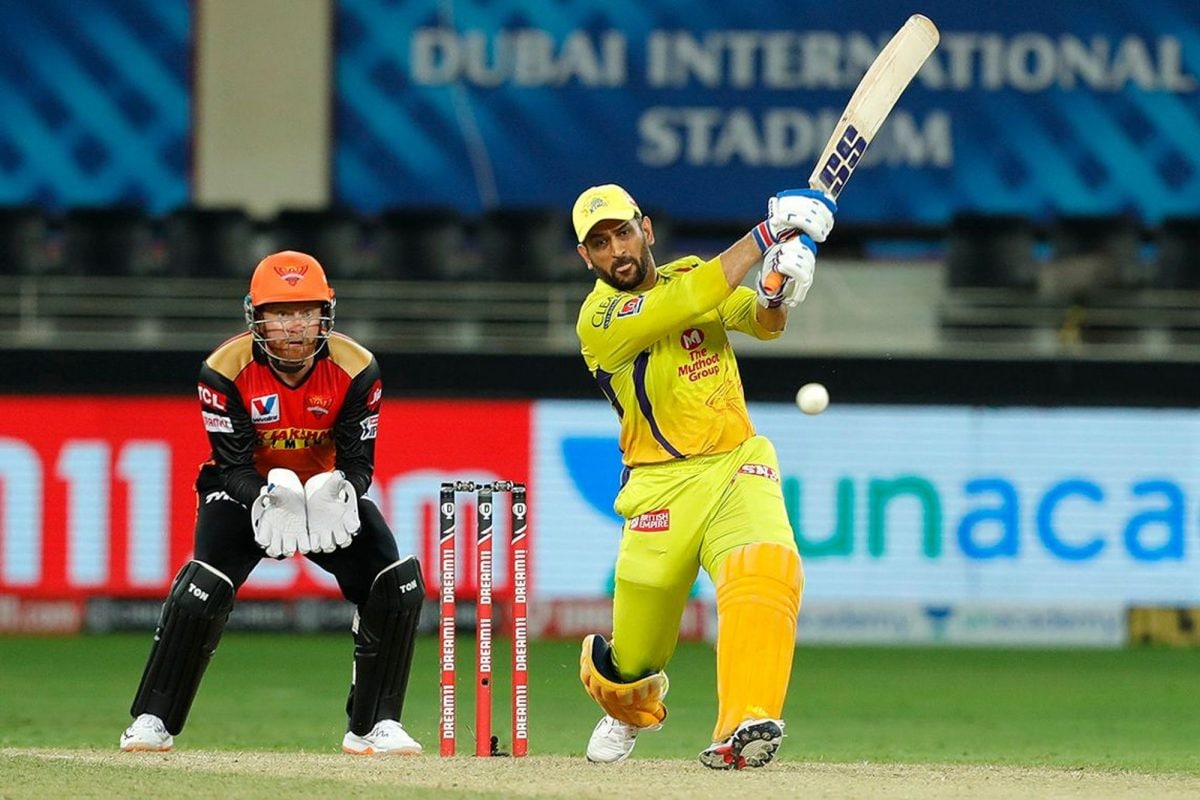 Legendary Mahendra Singh Dhoni, all of 39 and 87 days, look tired and jaded as he battled a 'dry throat' -- probably cramps too -- and the SunRisers Hyderabad (SRH) bowlers on Friday. But the captain's laborious 47 not out off 36 balls went in vain as Chennai Super Kings (CSK) lost by seven runs and slipped to the bottom of the IPL points table.

This was the third successive defeat for three-time champions CSK, after they won the tournament opener against Mumbai Indians, and are now languishing at the bottom of the eight-team table with two points from four matches -- and a negative net run rate (-0.719).

CSK are at times referred to as 'Dad's Army' for comprising - and relying on - ageing players; the team's average age is 30-plus.

Also, Dhoni, unusually, did not mince words when he said on Friday that his teammates should have put up a better performance in the field -- they dropped two catches -- even as he admitted that he failed to "middle a lot of deliveries", despite changing bats a couple of times as CSK chased SRH's 164 for five wickets in 20 overs.

"I was not able to middle a lot of deliveries; was trying to hit it too hard. When the wicket is slightly at the slower side, it is better to time it. Looking at outfield it was subconsciously coming to us to hit the ball hard. Tried to get as much as time as possible. It is quite dry out here. So, the throat gets dry and you start to cough. When you have legal signs, you can take some time off. Long time back once we lost three in a row," Dhoni, who was playing a record 194th IPL match, said after the game.

"We need to get a lot of things right. It is the professionalism. We need to take our catches not bowl no-balls. Those are the controllables and maybe we are getting too relaxed. We have been a bit too relaxed at times. After the 16th over, we had two good, overs but overall we could have been slightly better," he said, without taking names.

Dhoni has not been able to play his usual, flamboyant game so far, and his decision to bat lower down the batting order in the first three matches when his team was in distress has been criticised. Although he promoted himself to No.5 against SRH on Friday when the chase was getting tougher, he failed to change the fortunes of his team.

The 'Man with Midas Touch' has a grand total of 91 from four matches so far -- 0 not out vs Mumbai, 29 not out vs Rajasthan Royals, 15 vs Delhi Capitals, and 47 not out vs SRH - and the signs for him and his team are ominous.

After criticising his team-mates for being "a bit too relaxed at times", Dhoni hoped that CSK would stage a comeback into the tournament.

"Nobody wants to drop catches but at the same at this level, we need to draw a line and say these catches that need to be taken especially when the team hasn't been doing that outstandingly well. Catches like these can hamper your knockout stage games. It is very important to be at your best. There are plenty of positives in this game, but we will try to come back strong," he said.

CSK started 13th IPL on the wrong foot as several members of the squad tested positive for Covid-19 even before the IPL began on September 19. Then, Suresh Raina and Harbhajan Singh pulled out of the tournament citing "personal reasons", and that seems to have impacted CSK's campaign.

IPL is a long tournament, and CSK can still comeback is they improve their performance dramatically.