From Sunil Narine and Andre Russell for KKR to Rishabh Pant for DC, from MS Dhoni for CSK to Rohit Sharma for Mumbai Indians - a plethora of superstars have failed to deliver in the tournament. 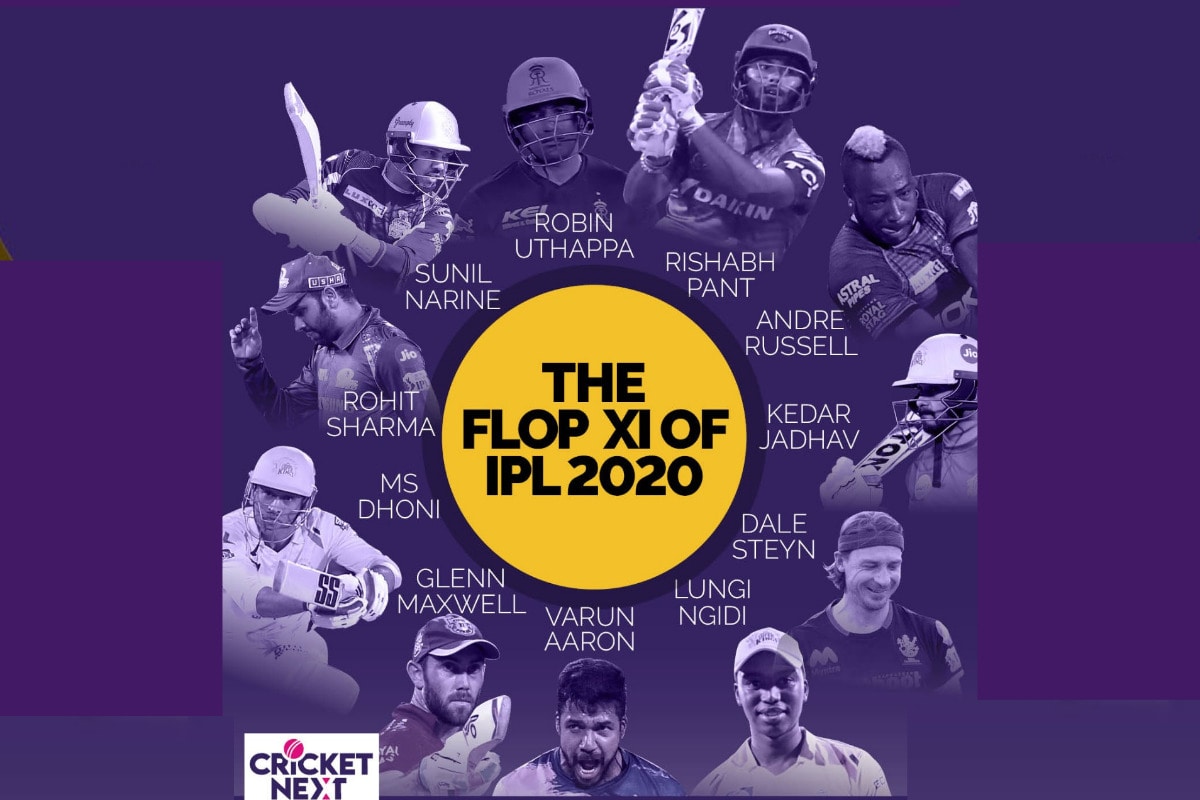 While there have been some outstanding performances in the Indian Premier League (IPL) 2020, some big names and heavyweights have under-performed or been below the radar. From Sunil Narine and Andre Russell for KKR to Rishabh Pant for DC, from MS Dhoni for CSK to Rohit Sharma for Mumbai Indians - a plethora of superstars have failed to deliver in the tournament. 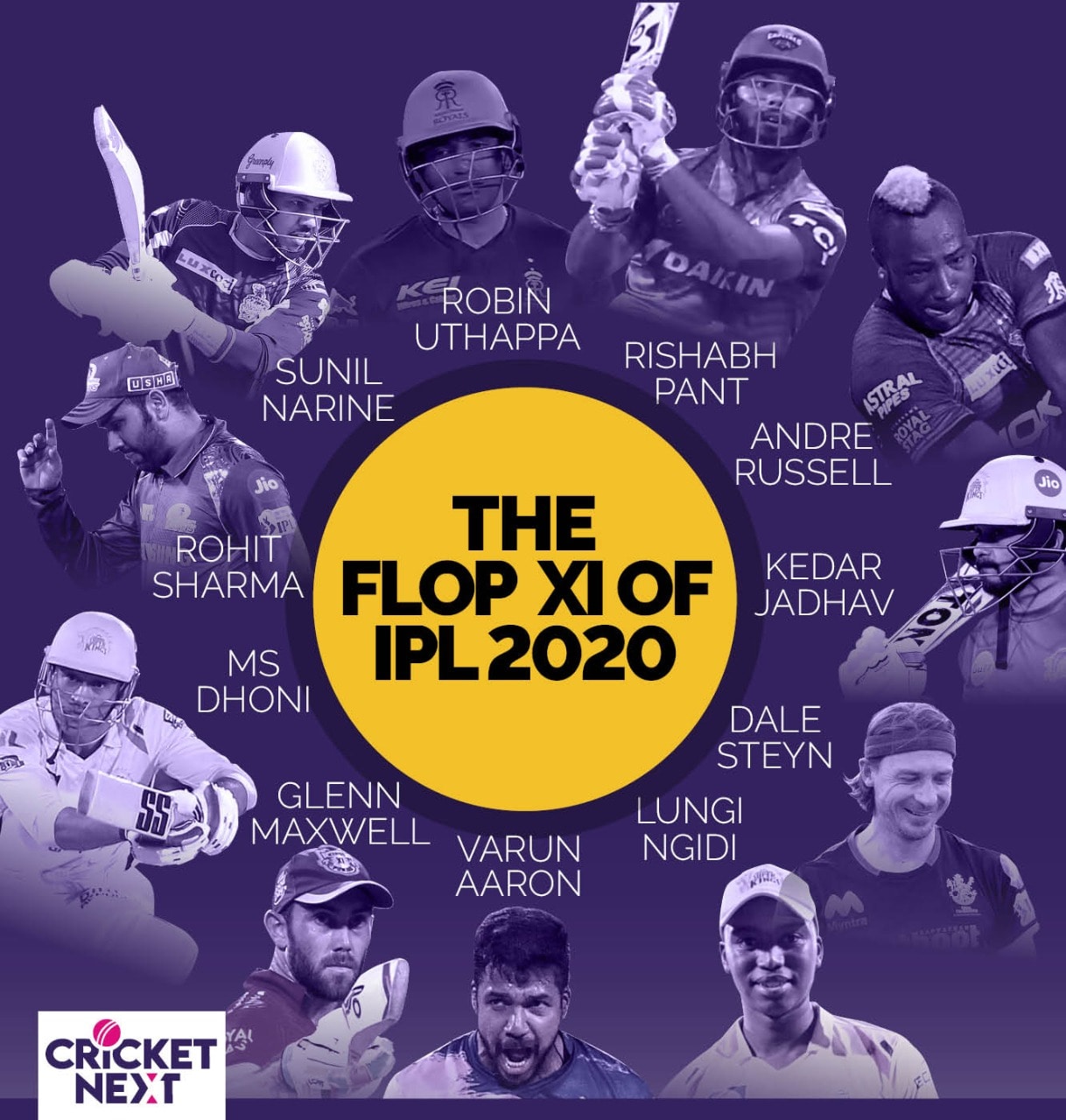 Rohit Sharma has been a patch of the great batsman he has been in international cricket over the last few years. The MI opener has had a tough time in IPL 2020 with only 264 runs in 11 innings at an average of 24 and more strikingly a poor strike rate of 126.31. He has failed miserably in 7 matches and has scores of below-10 in as many as 6 of these matches! His failure rate of 63.64% is extremely high for a top-order batsman.

One of the most destructive batsmen in IPL history, Sunil Narine was very poor with the bat in the tournament. He could muster just 121 runs in 9 innings - 64 of these were scored in one innings! Narine had a very high failure rate scoring less than 10 in as many as 6 of the 9 innings in the competition. He was also not very effective with the ball picking just 5 wickets in 10 matches.

Robin Uthappa had a nightmare of the tournament with the bat - the former Indian batsman could not even aggregate a total of 200 runs in the tournament! He scored 196 runs in 12 innings at a poor average of 16.33 and strike rate of 119.51. He did not register even one fifty in the competition. It was Uthappa's second-worst IPL (in terms of aggregate runs) since 2009.

Rishabh Pant has not been able to produce one Rishabh Pant type innings in IPL 2020 so far. His strike rate of 109.12 is the worst amongst the 50 highest scorers of the tournament!

Andre Russell is the most destructive batsman in IPL history but failed to deliver in IPL 2020. His failure with the bat was one of the major reasons for KKR's poor showing in the tournament. Russell could only muster 117 runs in 9 innings with a highest score of 25 in the tournament. Even Pat Cummins scored more runs for KKR than Russell in the season.

MS Dhoni looked completely out of sorts with the bat in the tournament. He aggregated just 200 runs in 12 innings at a strike rate of just 116.27 - very poor for a lower-order batsman! He lacked initiative and failed to provide the impetus CSK needed from him at the death.

Another colossal big-ticket failure in IPL 2020 was the Australian, Glenn Maxwell. He aggregated just 108 runs in 11 innings at a very poor strike rate of 101.88! He never got going in any of the innings and shockingly did not hit even one six in the tournament!

Kedar Jadhav had a very ordinary IPL and should have been dropped from the XI by CSK much earlier in the tournament. He scored just 62 runs in 5 innings at a poor strike rate of 93.93

One of the greatest fast bowlers in cricket history and also one of the most economical in the IPL, Dale Steyn had a disappointing tournament in 2020. He played such 3 matches and failed to make any impact picking just one wicket. He was taken for aplenty and had an economy rate of 11.4 in the competition.

Although Lungi Ngidi picked 9 wickets from 4 matches, he was very expensive going at a rate of 10.43 in the tournament. He had the worst economy rate amongst the 50 highest wicket-takers of IPL 2020!

Varun Aaron bowled just 8 overs in 3 matches for the Royals in IPL 2020, did not pick a wicket and was hammered at a rate of 11.75 runs per over.