Buttler, who played an outstanding knock of 70 not out, helped his team register a seven wicket win over Chennai Super Kings. Dhoni made the day memorable for Buttler by giving the England cricketer his jersey after the match. 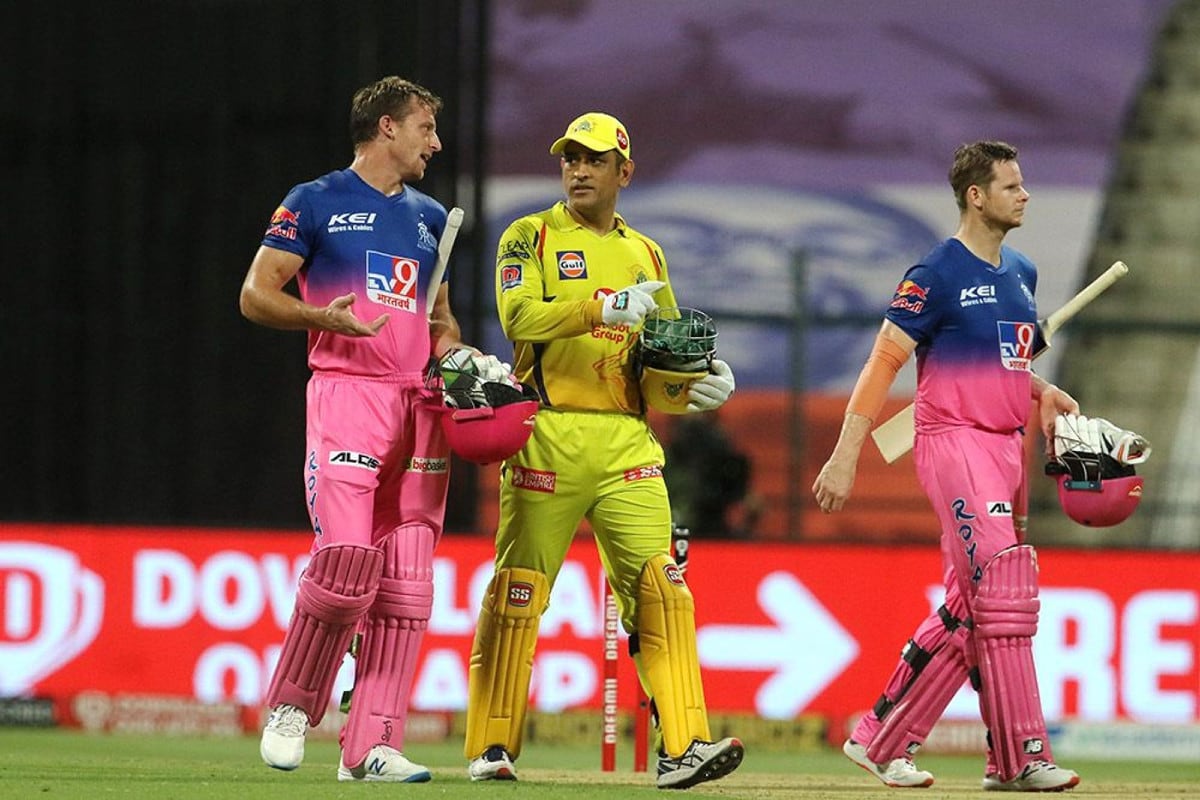 Rajasthan Royals’ Jos Buttler received a surprise from Chennai Super Kings’ skipper MS Dhoni after the 37thmatch of IPL 2020 that was played between CSK and RR. Buttler, who played an outstanding knock of 70 not out, helped his team register a seven wicket win over Chennai Super Kings. Dhoni made the day memorable for Buttler by giving the England cricketer his jersey after the match.

The official Instagram handle of IPL 2020 posted a picture of Buttler holding the gifted jersey, which features Dhoni’s name and jersey number. The right-handed batsman looks elated in the photo.

The caption of the image reads, “Who doesn't want an MS Dhoni souvenir. Buttler has one added to his cabinet.”

After winning the toss, the Chennai Super Kings skipper opted to bat first. In yesterday’s match, Chennai’s batsmen failed to even put up a respectable total on the board. The Dhoni-led team kept losing wickets at regular intervals. CSK’s openers did not spend much time at the crease. Sam Curran opened the innings with Faf du Plessis and both the batsmen returned to the pavilion early. Du Plessis got out at 10 and Curran at 22. Then, Shane Watson and Ambati Rayudu also gave away their wickets after spending little time at the crease. Watson got out at eight and Rayudu at 13. Had Dhoni and Ravindra Jadeja not stitched a partnership, CSK would have faced difficulty in reaching 125. Dhoni scored 28 off 28 balls and Jadeja made 35 (not out) of 30 balls.

Rajasthan also received early setbacks when they came to chase the total. At one point, they were 28 for three. Then, Buttler and Steve Smith, the captain of Rajasthan Royals, stayed at the crease and powered their team to victory.

With the seventh loss in IPL 2020, CSK have slipped to the bottom of the table. On the other hand, Rajasthan moved up to the fifth spot on the points table after registering their fourth win of IPL 2020.