IPL 2020 Final, DC vs MI: Mumbai Indians vs Delhi Capitals - Top 5 Players to Watch Out For 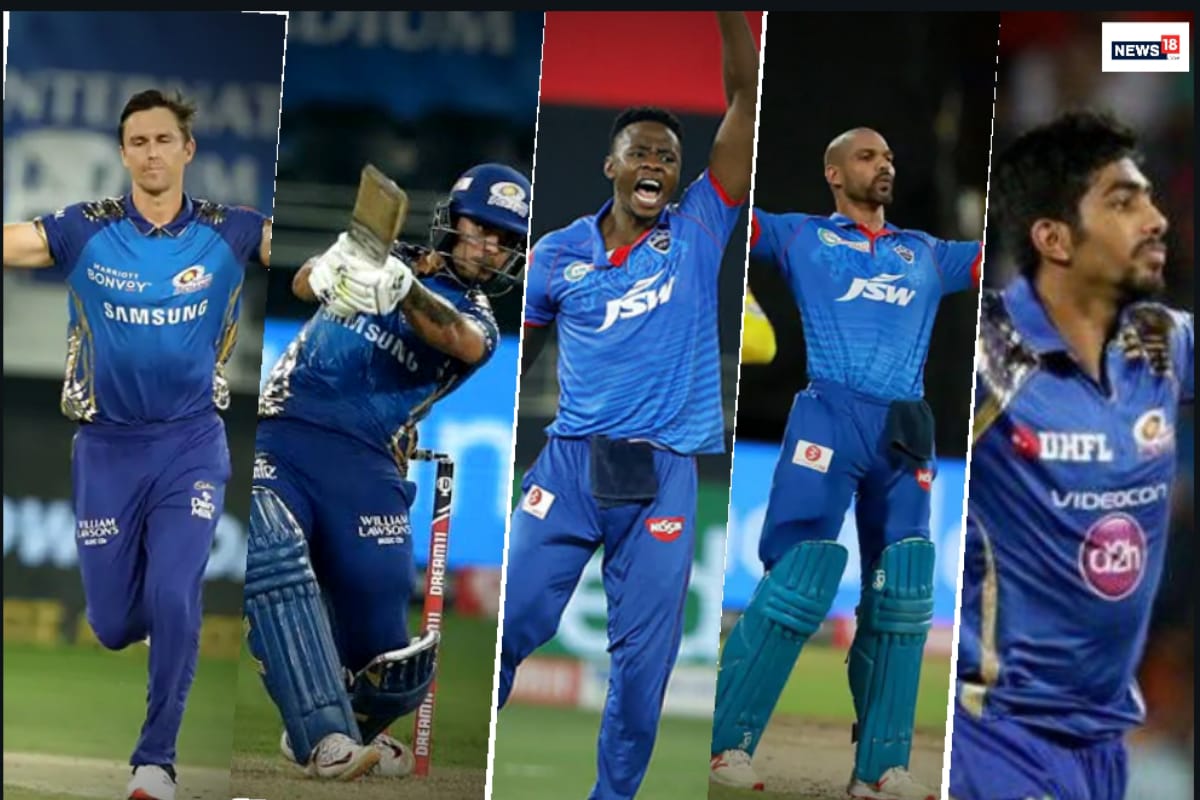 Mumbai Indians (MI) will clash with Delhi Capitals (DC) in the final of the Indian Premier League (IPL) 2020 in Dubai on Tuesday, the 10th of November. Form, momentum, big-match temperament and head to head record makes MI the firm favourites to lift the trophy for a record fifth time.

Kagiso Rabada is the highest wicket-taker of IPL 2020 with 29 wickets in 16 matches at a strike rate of 12.9. He has been crucial to DC's success this year and they rely on him to provide the breakthroughs with the new ball. The South African pacer has two 4-wicket hauls in the tournament.

Shikhar Dhawan's fortunes changed when he transformed from anchor to accumulator mid-way into the tournament. The Indian veteran is the second-highest scorer of IPL 2020 with 603 runs in 16 matches at a strike rate of 145.65. He has recorded two hundreds and 4 fifties in the tournament.

Ishan Kishan is the joint highest run-getter for MI this season with 483 runs in 12 innings at a strike rate of 144.17. He has been explosive and also holds the record for the maximum number of sixes in IPL 2020. He scored an unbeaten 72 off just 47 deliveries against the Capitals in Dubai in their second group-stage match before coming up with another fine inning (55 not out in 30 balls) against them at the same venue in the Qualifier 1.

Jasprit Bumrah has been outstanding for MI, especially after he was given the new ball after the initial few matches. Bumrah has got the wickets in the powerplay and also been very restrictive. He is the second-highest wicket-taker of IPL 2020 with 27 wickets from 14 matches at a strike rate of 12.4. He has not given anything away and has an economy rate of 6.71 in the tournament.