IPL 2020, Mumbai Indians vs Kolkata Knight Riders: Here are major the talking points from the match. 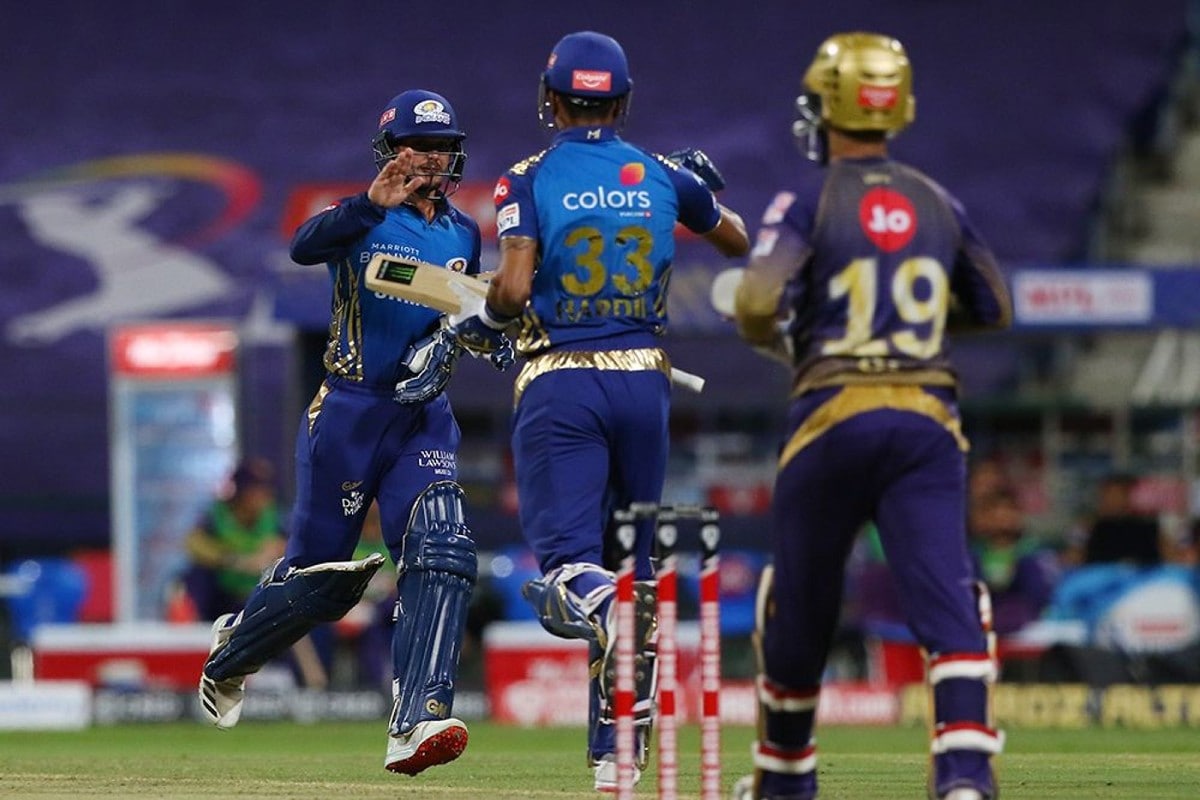 The talk before the IPL 2020 match between Mumbai Indians (MI) and Kolkata Knight Riders (KKR) on Friday was about the latter side changing captains, with Dinesh Karthik handing over the reins to Eoin Morgan. However, the change of guard provided no relief to the Kolkata franchise who once again emerged on the losing side against MI, against whom they have the worst head-to-head record in the history of the Indian Premier League. (IPL 2020 FULL COVERAGE |  IPL 2020 SCHEDULE  | IPL 2020 POINTS TABLE)

For MI, the win served to solidify their status as one of the favourites for this year's tournament and the defending champions currently sit atop the points table. KKR, on the other hand, are still in fourth place but face an almighty battle to secure a spot in the play-offs since as of now, all sides can actually make it to the Top 4. Here are major the talking points from the match. (IPL 2020 ORANGE CAP  |  IPL 2020 PURPLE CAP)

Should Cummins Bat Ahead of Russell?

Pat Cummins' IPL 2020 has been a mixed bag. The most-expensive buy in the 2020 auction has had a mixed time with the ball but has been handy as a lower-order batsman, finding the occasional boundary while running well between the wickets. However, a half-century against MI in a testing situation shows he has more to offer with the willow.

Cummins' credentials with the bat in the longer format have always been well known but given how at ease he looked against MI, it's worth a gamble promoting him to bat ahead of the out-of-sorts Andre Russell, whose poor showing this year continued. Whether or not it works as a long-term strategy remains to be seen but it seems worth a try for now.

On paper Kolkata's batting unit looks quite settled but things haven't quite clicked for them so far. One of the reasons for that is likely the amount of chopping and changing done to the batting order in every match. This match once again featured a change that, even in theory, made little sense.

Sending Karthik ahead of Morgan at number 4, especially given the latter's proficiency in that role, was a head scratcher espcially since Karthik is at his best as a finisher. Russell's poor form didn't help matters either; the Jamaican had plenty of time to build a big innings but inexplicably looked to attack a short ball early in his innings and perished. A settled batting order, with clearly defined roles, is sorely needed at this point.

Chahar Continues to Prove Worth to MI Bowling Attack

Rahul Chahar's been a standout performer for MI since last season but when a bowling line-up is as star-studded as that which the team possesses, it is easy for the spotlight to shine less on the supporting cast. Yet Chahar came to the fore against KKR as he took the most wickets in the match by any MI bowler.

They were big wickets too - he got Shubman Gill to hole out to Kieron Pollard in the deep and then got Karthik to play one back onto the stumps off the very next ball. He finished his four overs with figures of 2-18 - that is excellent by any standards.

South Africa's white-ball skipper Quinton de Kock has been an underrated part of MI's batting line-up despite scoring as many runs as the likes of Suryakumar Yadav and skipper Rohit Sharma. He may have failed to finish the match against Delhi Capitals but no such mistakes were made here.

His unbeaten 78 off 44 balls, featuring 9 fours and 3 sixes, helped ensure there were no hiccups for the side in what was a relatively easy run-chase. MI will hope his excellent form continues as the tournament approaches the business end.