A lot has been speculated about Rohit's hamstring injury, which could see him not travel for the Australia tour. Historically, RCB have struggled against MI with Mumbai having a far superior head-to-head record. 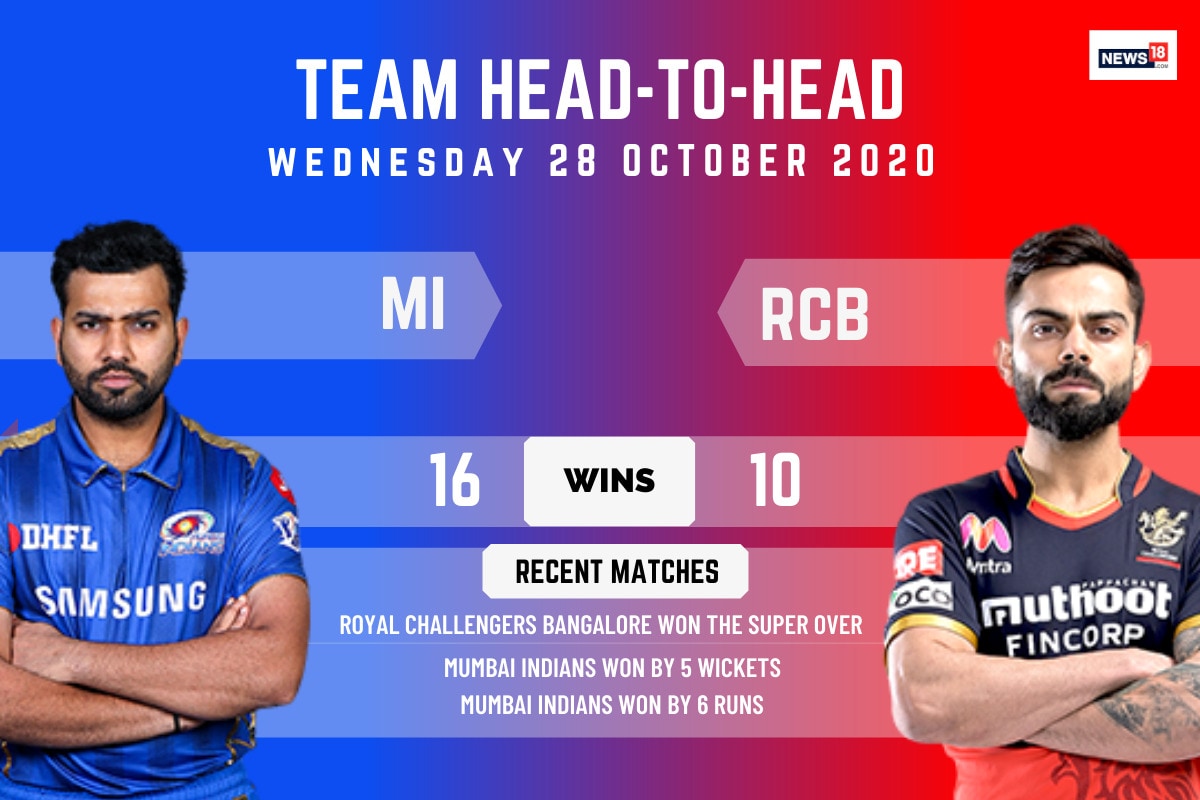 With an opportunity to grab the first playoff berth of the season, Mumbai Indians will take on Royal Challengers in the clash of the table-topper in match 48 of IPL 2020 at th Abu Dhabi international stadium on Wednesday. Both MI and RCB are coming off losses, but it will be RCB who would have an upper hand solely because of the absence of Rohit Sharma in the MI setup. A lot has been speculated about Rohit's hamstring injury, which could see him not travel for the Australia tour. Even though he has not been ruled out of IPL 2020 officially, it is unlikely he will be available for selection for today's game, meaning, Kieron Pollard will continue to lead the side. For Virat Kohli's RCB, they lost to CSK and will like to regain momentum. Historically, RCB have struggled against MI with Mumbai having a far superior head to head record.

A manic assault from Kieron Pollard helped MI ransack 90 runs off the last five overs as they tied the game, matching RCB's total of 201. The game went into Super Over in which Navdeep Saini kept MI to 7/1 to help RCB scape through. Earlier, fifites from youngster Devdutt Padikkal, overseas players Aaron Finch and AB de Villiers had helped RCB to 201/3. In reply, MI found themselves tottering at 39/3 before Ishan Kishan's 99 and Pollard's 24-ball 60 pushed the game into extra time.

Royal Challengers Bangalore: 4/18 by Dilhara Fernando On Wednesday, May 28, 2008

IPL 2020: Rohit Sharma and Wife Ritika Sajdeh Relax at the Beach in UAE