The list of top five batsmen with most fours at the start of this week comprises of players from five different teams. Check out the list: 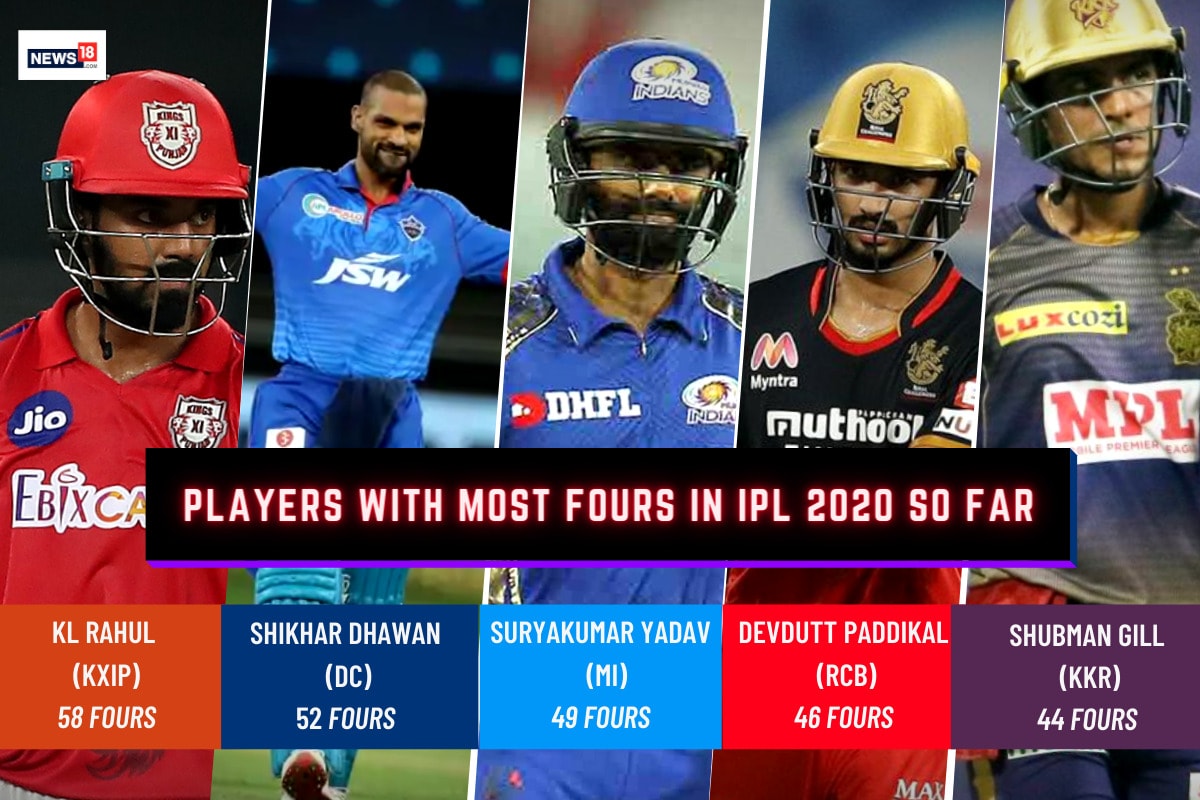 With just two matches left in the league stage of the IPL 2020, we still haven’t got a clear picture of who the final four will be. There have been superb batting performances by players belonging to various teams. The list of top five batsmen with most fours at the start of this week comprises of players from five different teams. Check out the list:

KL Rahul, the top run scorer of the tournament so far, also holds the record for hitting maximum number of boundaries. He made 670 runs in 14 innings in IPL 2020 which was helped by 58 fours. Unfortunately, KXIP did not make it to the playoffs and that is as far as Rahul can go. He might still retain the Orange cap till the end, as no other batsman has reached even a total of 500 runs so far.

Shikhar Dhawan, the second highest run scorer, occupies the second spot on this list with 52 fours. He has one more match to go before the end of league stage, so he has a chance to improve his record.

Suryakumar Yadav, the dark horse of the tournament, has the third most number of boundaries at 49. Although he is not even in the top ten run scorers, a lot of his 374 runs have come in boundaries. He has at least two more matches to play in the tournament, so he stands a decent chance to surpass the top 2 in this department.

Devdutt Padikkal has been instrumental in the success of RCB this season. He is next only to Virat Kohli for most runs in his team, with 422 runs overall which includes 46 boundaries. He has one more game in the league stage.

Kolkata Knight Riders’ opener Shubman Gill has been the most successful batsman for his side with 440 runs. He has smashed 44 boundaries and nine sixes overall providing his team a fighting chance to make to playoffs.

KXIP’s Mayank Agarwal is tied with Gill at the fifth position with 44 fours but has fewer runs overall (424 compared to Gill’s 440).