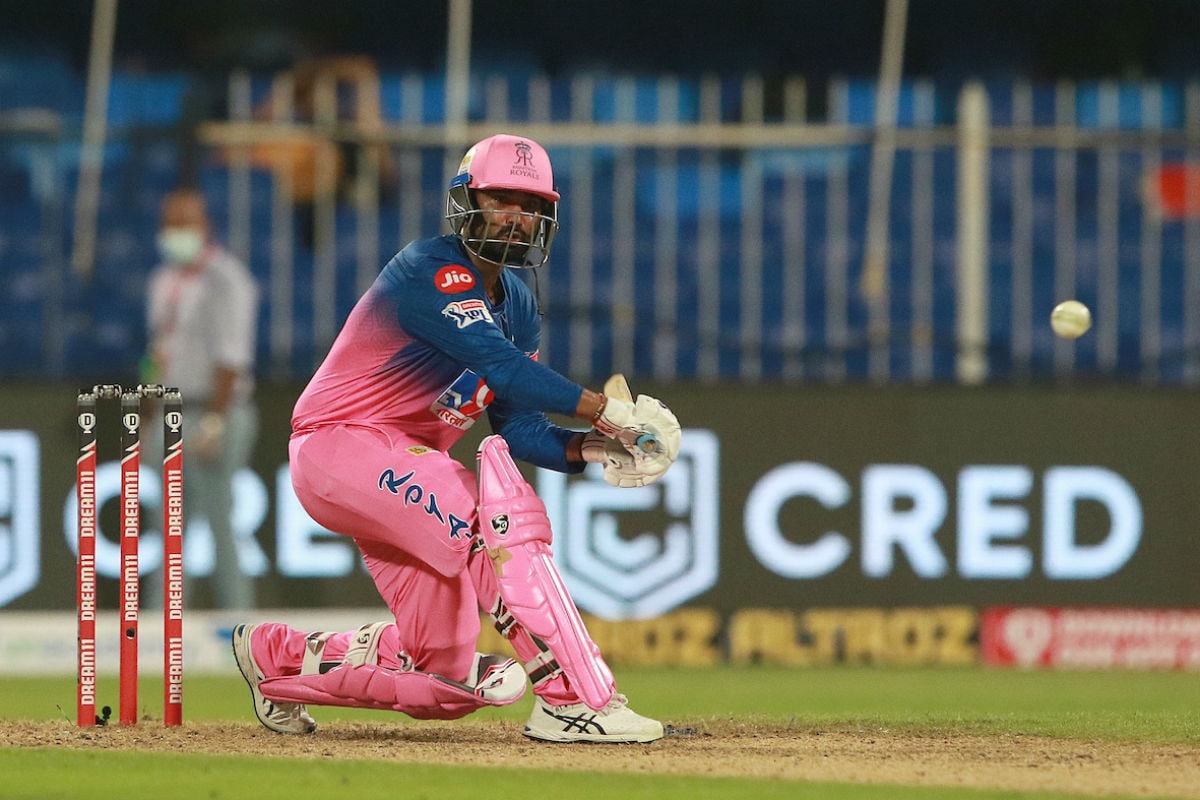 However, it was Rahul Tewatia, who turned hero when he smashed five sixes in the 18th over off Sheldon Cottrell to turn the match on its head. He scored a 31-ball 53 after struggling initially to take them to the brink of win.

Earlier, put in to bat first after Steve Smith won the toss, KXIP openers KL Rahul and Mayank Agarwal made a quick start to the game, scoring 60 runs in the powerplay and never looked back from there on.

Rahul had scored a century in KXIP's previous match against Royal Challengers Bangalore but he played the role of the run collector as Agarwal went after the bowling with abandon.

Agarwal started proceedings by smacking Ankit Rajpoot for a six in the third ball of the second over and then followed that up by smashing Jaydev Unadkat for another maximum in the third over.

Rahul would follow suit, smashing three consecutive fours off Jofra Archer before Agarwal again hit Rajpoot for three boundaries in the following over.

Agarwal then targeted leggie Rahul Tewatia, smashing him for two sixes and a four in the eighth over. He would bring up his half-century in the next over with a boundary off Shreyas Gopal.

Now well set, the Karnataka batsmen found the boundary on a regular basis. Rahul too eventually brought up his 50 but the night belong to Agarwal.

He brought up his century by smashing Gopal for a boundary in the end of the 15th over. By that point, KXIP were 172-0 and looking well on course for a massive target.