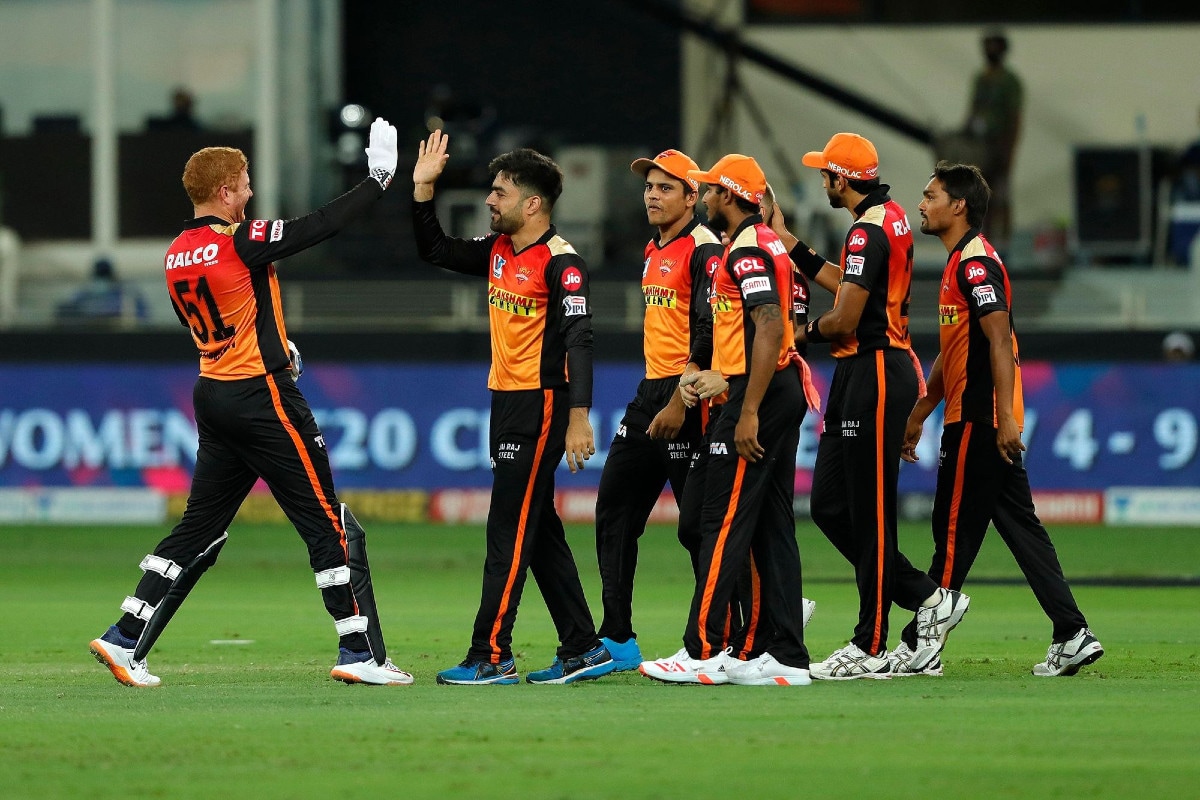 IPL 2020 Points Table: Team Standings After SRH vs DC Match - Sunrisers Hyderabad registered a thumping 88-run win over Delhi Capitals to keep their chances of making it to the IPL 2020 play-offs alive. Chasing 220 to win, DC lost wickets on a regular basis and were bundled out for 131 in 19 overs. Rashid Khan was the pick of the bowlers for SRH as he ended his quota of 4 overs having conceded just 7 runs and picking three wickets. He was ably supported by the rest of the bowling line-up, all of whom picked up at least one wicket in a tremendous display by SRH. (IPL 2020 | IPL SCHEDULE | IPL POINTS TABLE)

Earlier, SRH openers David Warner and Wriddhiman Saha played a starring role to help their team to a mammoth 219/2 - their highest of the IPL 2020 - in 20 overs. The pair shared a 107-run opening partnership, which they got within the first 10 overs, after being put to bat by DC captain Shreyas Iyer.

Warner, who is celebrating his 34th birthday on Tuesday, hit eight fours and two sixes on his way to a 34-ball 66. His onslaught took SRH to 77 for no loss in the first six overs, which is the highest score any team have managed in the powerplay.

Saha, who got his first match since SRH's game against Kolkata Knight Riders on September 26, played second fiddle to Warner for much of their opening partnership. After the latter was dismissed by Ravichandran Ashwin in the 10th over, Saha took charge and raced to 87 off 45 before falling to Anrich Nortje.

Manish Pandey kept up the run rate for SRH before Nortje and Rabada gave some reprieve to DC in the last two overs.