IPL 2020: Rahul Tewatia was the Star of Rajasthan Royals’ Post-match Celebrations After Historic Run-chase Against KXIP

Rahul Tewatia overcame a difficult start and smashed five sixes in one over as he made 53 off 31 balls to help Rajasthan chase 224 with four wickets and three balls to spare in Sharjah. 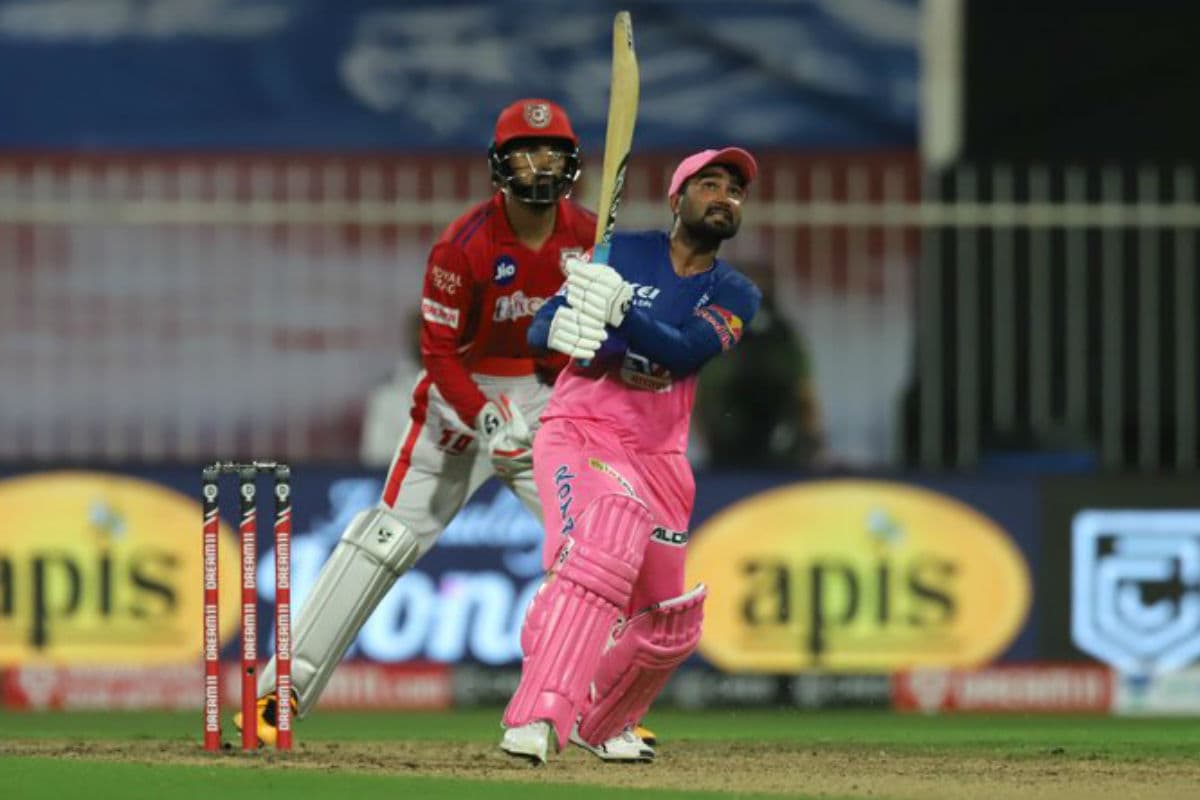 Rahul Tewatia was the star of the Rajasthan Royals dressing room after his sensational innings helped the men in pink complete the Indian Premier League’s highest-ever run chase against Kings XI Punjab on Sunday.

Tewatia, a leg-spin bowler and left-hand batsman, overcame a difficult start and smashed five sixes in one over as he made 53 off 31 balls to help Rajasthan chase 224 with four wickets and three balls to spare in Sharjah. Captain Steve Smith hit a quickfire 50, and Sanju Samson top-scored with 85 before Tewatia took the Royals to within one run of Kings XI’s 223/2.

He finally fell prey to Mohammed Shami on the last ball of the 19th over but Jofra Archer and Tom Curran saw the Royals home.

In a clip of the reactions of the dressing room after the match, the Indian received the traditional Rajasthani ‘pagdi’ from his team. He passed it on to Samson, who scored his second half-century in this IPL.

He was also seen mimicking West Indies paceman Sheldon Cottrell’s salute celebration. Tewatia smashed the left-handed quick for five sixes - four in a row - in the 18th over to turn the tables for the Jaipur-based team.

“Lots of good performances especially from the bowlers and how they came back, Ankit Rajpoot especially in his first game... it was hard for the bowlers to bowl at the death. But the 'pagdi' goes to Sanju Samson for an incredible innings,” Tewatia, who earned special praise from Steve Smith, said.

Samson, on his part, passed it on to passed on to Ankit Rajpoot, for being the pick of the bowlers and the only one with an economy under 10 in a run-fest. He also took the wicket of Kings XI Punjab skipper KL Rahul on 69.

“Sensational effort, Sanju again another incredible innings man. Tewatia obviously after a bit of a shaky start... you should have got the game-changer award for sure,” Smith said in the video.

Straight from the dressing room, into your hearts. 💗

Rajasthan Royals, who have won both their matches will face Kolkata Knight Riders next on Wednesday, 30th September at the Dubai International Cricket Stadium.