IPL 2020 Rajasthan Royals Team Review: RR meandered from win to loss, chopped and changed both starting XIs and batting line-ups on numerous occasions but nothing seemed to work. 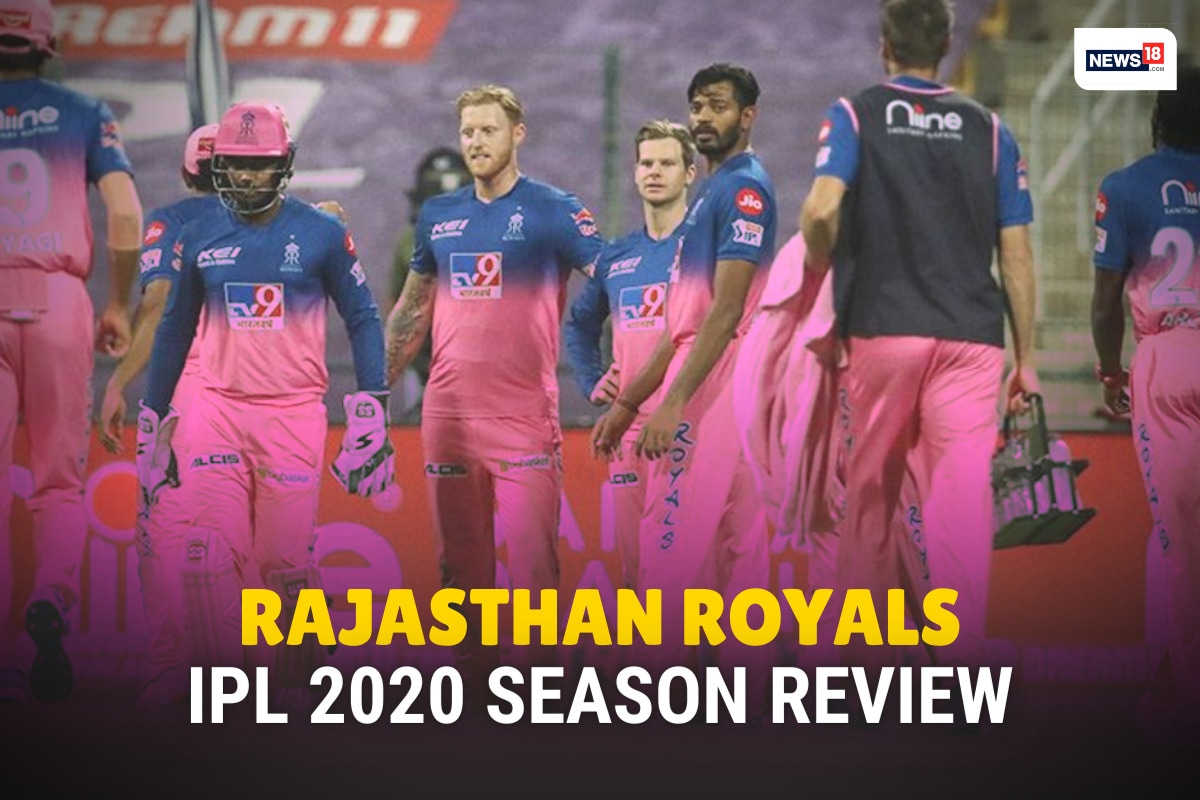 Rajasthan Royals' have now gone two straight years without making it to the play-off stages of the Indian Premier League (IPL). Their inconsistent form in the IPL 2020 meant there would be little complaining from either fans or players at the fact that they finished the league stage at the bottom of the table, yet the underdog winners of the inaugural edition of the tournament seem further away from even making it to the top 4, never mind winning a second title. They started the tournament well enough, registering successive wins against Chennai Super Kings and Kings XI Punjab, respectively. However they then went on to lose four matches on the trot and their form never really recovered. They meandered from win to loss, chopped and changed both starting XIs and batting line-ups on numerous occasions but nothing seemed to work. In the end, a heavy defeat to Kolkata Knight Riders sealed their exit from the tournament.

Their tournament featured two high points - the win against KXIP in their second match of the tournament, which saw Rahul Tewatia enter cricketing lexicon when he turned around what was a poor start to absolutely hammer Sheldon Cottrell and take RR to a win in what seemed like a lost cause.

The other was the win against Mumbai Indians late in the tournament, which saw Ben Stokes score an unbeaten ton and helped them chase down what was a stiff target of 196 with 10 balls to spare and 8 wickets in hand.

The four losses on the trot they suffered at the start of the tournament. That it came after two successive wins seemingly made it a harder run of form to swallow and Rajasthan never really recovered from it. A run for the play-offs would have been possible if they strung together a run of wins but that never materialised and they were eventually knocked out of the reckoning with a heavy loss.

5/10 - Steve Smith is considered one of the finest batsmen of his generation yet he never fully got going during this tournament. His form with the bat was scratchy and his captaincy came under scrutiny due to the team's ever-fluctuating form. While the poor performances of individuals can't be put down to the skipper, it is fair to say that Smith - and by extension team management - failed to put their players in the best positon to succeed.

Jofra Archer. The Englishman was their best bowler by a country mile - it says a lot that the second highest wicket-takers for RR were Rahul Tewatia and Shreyas Gopal, both of whom took half the number of wickets (10) each that Archer did (20). He remained a threat whenever he was asked to bowl and even chipped in a few runs - 113 of them, to be precise - lower down the order.

Their senior Indian core. RR have always prided themselves for giving young players chances to shine but ironically it's their older performers who didn't deliver. The likes of Robin Uthappa, Ankit Rajpoot, Jaydev Unadkat and Varun Aaron all had disappointing seasons. Even the ever-reliable Sanju Samson suffered a few blips in form after starting the season well.

Overall the season has to be termed a disappointing one for RR, although finishing 8th in this season isn't the worst given they amassed 12 points - the same as Kings XI Punjab and Chennai Super Kings. However, there remains a feeling that if a few more players had pulled their weight then maybe RR would have squeezed through to the knockout stage. As such, the side go back to the drawing board before next season.