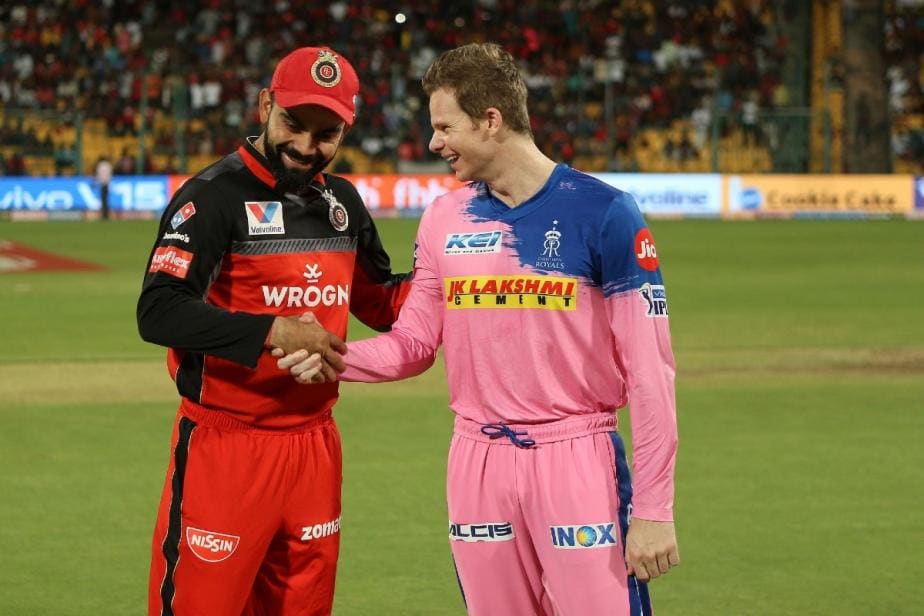 This is how a small mistake by RCB social media team made news for all the wrong reasons.

After the Board of Control for Cricket in India (BCCI) announced the 2020 IPL schedule, social media teams of all the franchises are giving it their all to make sure that fans mug up the entire fixture of their respective teams.

They are coming up with innovative ideas to publicise their team's match schedules. However, one such move from Royal Challengers Bangalore (RCB) didn't go down well as netizens, including Rajasthan Royals, brutally trolled the Virat Kohli-led side.

Also read: IPL 2020---From Suresh Raina to Harbhajan Singh, Full List of Players Who Pulled out of the Tournament

"With the schedule for the Dream11 IPL announced, which fixture are you most looking forward to, 12th Man Army?" RCB captioned their video, unaware of the blunder they have made in it.

The fourth match of the RCB is on October 3 against Rajasthan Royals. In the video, RCB used the old blue logo of RR. They had gone pink from last year and their jerseys, pads, helmet and logo, all have a dash of the same colour.

Rajasthan social media team spotted the error and trolled RCB. They shared a meme that said: "I will use correct logo of RR multiple times on a blackboard."

Later, netizens also joined in and trolled the RCB with some more funny messages.

Meanwhile RCB skipper Virat Kohli is having a great time in UAE. The RCB squad has been training for a week now and RCB strength coach Basu Shanker has said it is only a matter of time before the players are match ready.

Speaking about the skipper, Basu said: "He (Kohli) has come back in much better shape. He is at his best weight at the moment and his movement patterns are pretty much in sync with his best self in the past."

"He has taken this break as an opportunity to work on all the pointers which needed attention from a physical point. I guess his motto to life is 'Bear the cross and wear the crown'," said the man who worked with the Indian team between 2015 to 2019.