The Indian Premier League saw its first high scoring game on Tuesday, with Rajasthan Royals beating Chennai Super Kings by 16 runs after posting 217 in a small ground in Sharjah 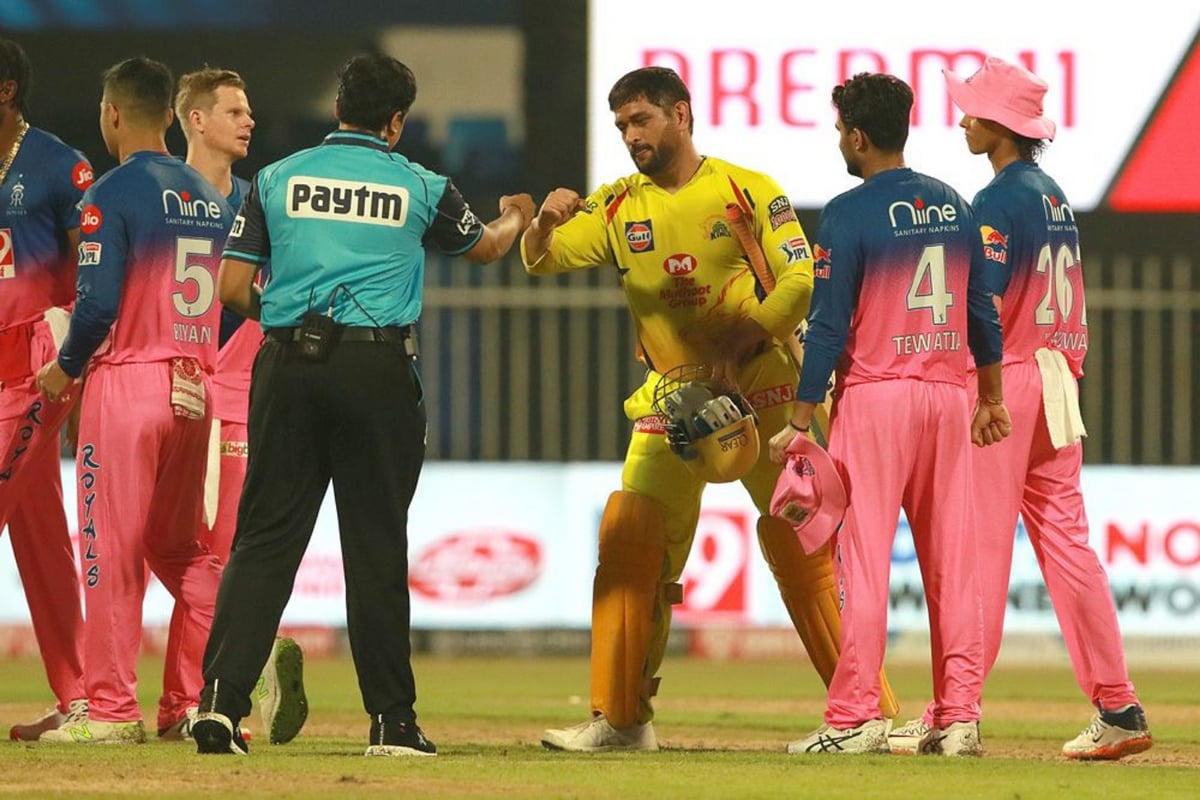 Chennai Super Kings won the toss and decided to field first. Rajasthan Royals lost their first wicket very early with Yashasvi Jaiswal getting caught and bowled by Deepak Chahar at the score of six. Then, Sanju Samson and Steve Smith helped their side put up a decent total on the scoreboard. Samson smashed 74 off 32 deliveries, while Smith scored 69 off 47 balls. Jofra Archer towards the end of the innings played a spectacular knock, hitting 27 off eight balls.

Chasing the total of 216, Chennai Super Kings were given a good start by Murali Vijay and Shane Watson. Vijay hit 21 runs off 21 balls and Watson smashed 33 runs off 21 deliveries. Faf du Plessis let his bat do the talking, making 72 runs off 37 balls. CSK skipper MS Dhoni displayed his power hitting, scoring 29 off 17.

However, despite putting up a good show, Chennai Super Kings fell short of the target by 16 runs. Rajasthan Royals till now is the only team in IPL 2020 to cross the 200-run mark.

Samson was the highest run-scorer from his side, making 74 runs in 32 balls at a strike rate of 231.25. In his superb innings, he hit one four and nine sixes.

Rahul Tewatia picked three wickets, conceding 37 runs in four overs. He bowled no maiden and his economy was 9.25.

du Plessis scored the highest runs from Chennai Super Kings. He smashed 72 off 32 balls, hitting one four and seven sixes at a strike rate of 194.59.

Sam Curran took three wickets against Rajasthan Royals. He gave away 33 runs in four overs with an economy of 8.25. He also did not bowl any maiden.