Ravindra Jadeja smashed consecutive sixes in the final over as Chennai Super Kings put a big dent in Kolkata Knight Riders' chances of reaching the IPL 2020 play-offs with a thrilling six-wicket win. 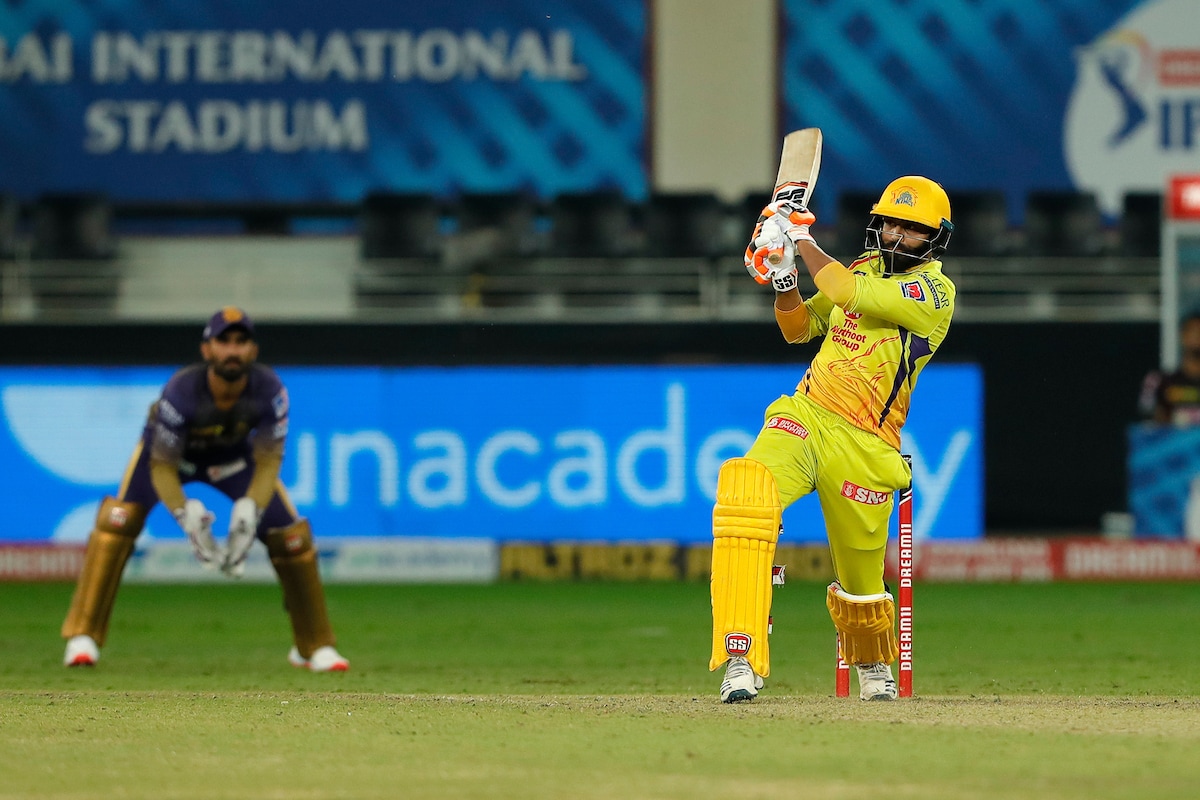 Ravindra Jadeja smashed consecutive sixes in the final over as Chennai Super Kings put a big dent in Kolkata Knight Riders’ chances of reaching the IPL play-offs with a thrilling six-wicket win here on Thursday. With his team needing 10 off the final over, Jadeja (31 not out off 11) dispatched the young Kamlesh Nagarkoti for back-to-back sixes to pull off another consolatory win for CSK, who are already out of the play-offs reckoning. Opener Ruturaj Gaikwad set up the chase nicely for CSK with a sublime 72 off 53 balls, his second straight fifty-plus score. KKR had made a competitive 172 for five courtesy opener Nitish Rana (87 off 61) and some crisp hitting in the death overs from Dinesh Karthik (21 not out off 10). (Highlights)

Not only the loss made things tougher for KKR, it also sent Mumbai Indians into the IPL play-offs with the defending champions becoming the first team to qualify.

Gaikwad played some delightful shots during the course of his knock and a few audacious ones included a sweep off pacer Lockie Ferguson.

CSK scored 44 runs in the powerplay overs with Gaikwad outscoring the veteran Shane Watson. His straight six off spinner Varun Chakravarthy was the best shot of his classy innings.

Watson (14), who came into the side for Faf du Plessis, struggled to get going before an attempt to hit his way out didn’t come off to give Chakravarthy his first wicket.

KKR’s ploy to give a bowl to the day’s batting star Rana proved costly as Rayudu hit three boundaries in a 16-run 10th over.

The 68-run partnership between Gaikwad and Rayudu (38) during which the two played some cracking shots. Rayudu was dismissed going for a big shot off Pat Cummins after a productive stand with Gaikwad.

Skipper Mahendra Singh Dhoni, who walked in at No.4 at the fall of Rayudu, fell to mystery spinner Chakravarthy for the second time in the tournament. His attempt to make room and play a forcing shot saw him play all over the delivery and lose his stumps.

Also Read: I Can’t Fault Any Bowlers — Eoin Morgan After Loss to CSK

Earlier, a late burst helped Kolkata Knight Riders get to a competitive total.

Following Rana’s 61-ball effort, cameos from skipper Eoin Morgan (15 off 12) and Karthik allowed KKR to put up a competitive total.

CSK, who pulled things back in the middle overs after a fine start from KKR openers Rana and Shubman Gill (26 off 17), leaked 66 runs in the last five overs.

Lungi Ngidi (2/34) was the best bowler for CSK while Sam Curran also bowled well early on.

The KKR innings was built largely on Rana’s knock which comprised 10 fours and four sixes.

The southpaw mixed caution with aggression and overcame a sluggish period in the middle overs with some lovely shots.

Rana hit three consecutive sixes off Karn Sharma in the 16th over to up the ante as KKR looked for quick runs.

Sent in to bat, KKR got off to a solid start with Gill and Rana putting on 53 runs for the first wicket.

Sunil Narine (7), sent in at number three, smashed the second ball for a six and fell four balls later, unable to clear a Mitchell Santner delivery with Ravindra Jadeja taking the catch.

KKR decided to send Rinku Singh, who was picked for the first time this season, ahead of Morgan at number four.