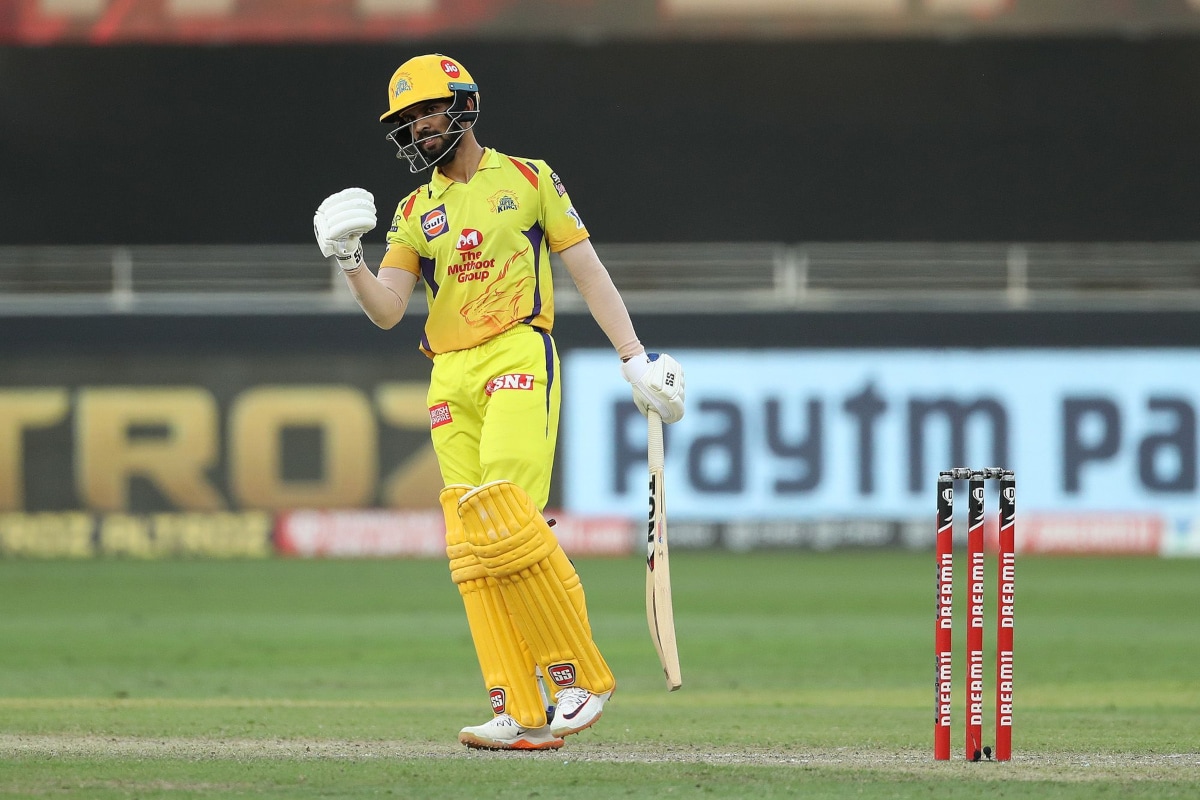 Sunday was a bittersweet day for Chennai Super Kings. They defeated Royal Challengers Bangalore convincingly in the afternoon game, but Rajasthan Royals' victory in the second game over Mumbai Indians meant CSK can't qualify for the play-offs even if they win the remaining two matches. It was a bittersweet night for Ben Stokes too, who made a stunning century, albeit perhaps a bit too late for RR.

Talking points from the double header.

He has been with the CSK franchise since 2018, and finally got a chance in the XI after two years in the bench. Monu Singh, the pacer from Jharkhand, was handed his cap. MS Dhoni had spoken about more chances to youngsters, with nothing to lose for the franchise. Monu, who replaced Shardul Thakur, had a decent outing bowling 2 overs for 20 runs. It included a yorker to AB de Villiers, which he'll be proud of.

Kohli and ABD at the crease, but CSK keep them in check

With RCB's openers not making it big, Virat Kohli and AB de Villiers were together by the seventh over, with ample time for a partnership. However, with Imran Tahir and Mitchell Santner bowling in the middle overs, both the RCB batsmen dealt mainly in singles knocking it around.  The duo added 82 for the third wicket but took 68 balls, with the big finish never coming. Kohli made 50 off 43 while de Villiers scored 39 off 36 as RCB settled for 145 for 6.

Dhoni's comments 'youngsters didn't show spark' triggered plenty of criticism. Ruturaj Gaikwad, the opener, proved his captain wrong with a well made unbeaten 65 off 51 which powered CSK's successful chase. Gaikwad played to his strengths, timing the ball superbly and rotating the strike while finding the boundary at regular intervals. A couple of sixes off the spinners stood out. His sparkling knock meant he was the Man of the Match.

'Feels Bittersweet, Wish I'd Got This 2-3 Games Earlier' - Ben Stokes After Century

From 90 for 1, MI slipped to 101 for 4 in a space of 2.2 overs. However, unlike most teams in the tournament, MI showed they have unmatched strength and depth in the lower order as Hardik took control. He started sedately for a bit before exploding in the end, picking the perfect bowlers to target. Ankit Rajpoot's last over cost 27 runs while Kartik Tyagi too gave the same number as Rajasthan were smashed around. Hardik finished with 60* off 21 balls, and even took the knee on reaching his half-century.

On most days, a target of 196 is huge if the opposition is Mumbai Indians. However, if Stokes is in the mood, no target is beyond reach. The decision to stick with Stokes as opener has been criticised but it paid off today as Stokes slammed his second IPL ton. He was so good that Jos Buttler didn't even get to bat!

It's hard to imagine that Stokes didn't even hit a six before this game in the IPL 2020. He took the attack to MI this game, with Samson at the other end. Samson paced his innings to perfection and made an unbeaten 54 off 31 balls in an 152-run stand.

Stokes said the century was bittersweet as RR's chances of qualifying are difficult, but it's better late than never.