IPL 2020: RCB vs DC: This is What Sunil Gavaskar Says on Navdeep Saini’s Beamer to Marcus Stoinis 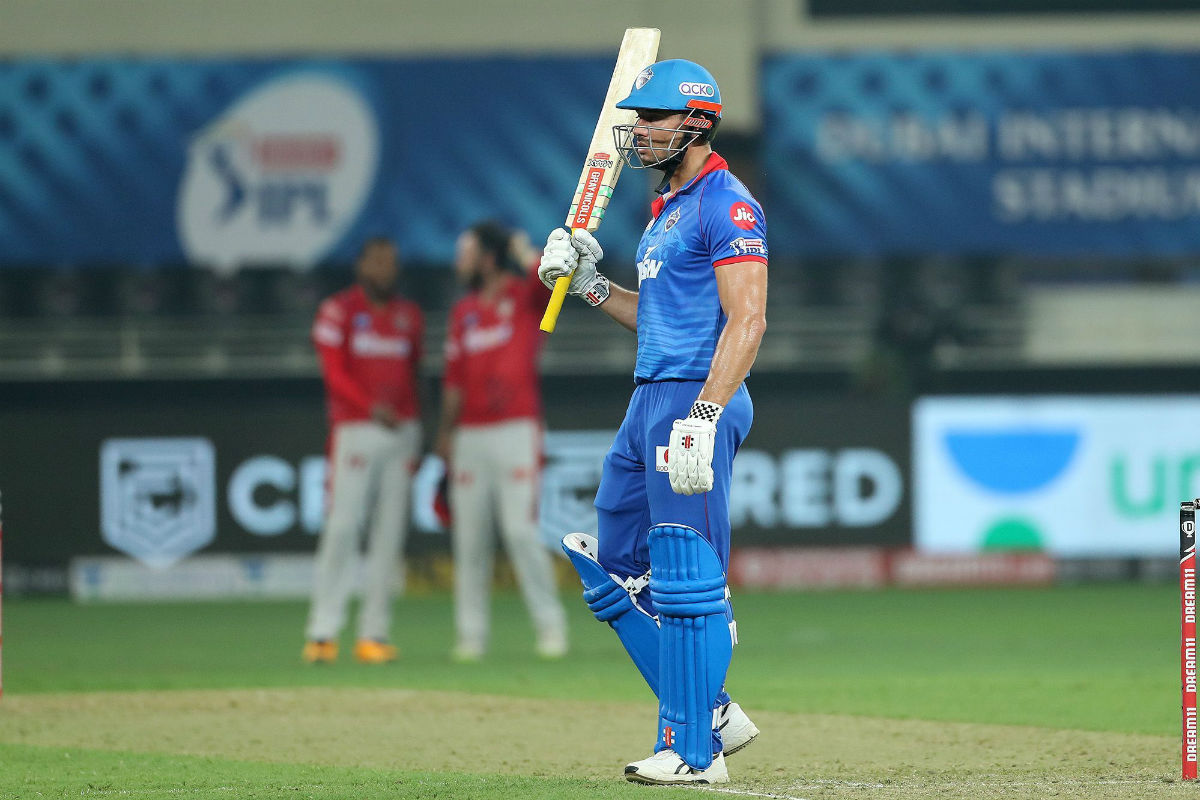 Legendary cricketer Sunil Gavaskar questioned Navdeep Saini’s intention after he bowled a beamer to Marcus Stoinis during Delhi Capitals innings in the 19th fixture of IPL 2020. Gavaskar also highlighted the fact that Saini did not even reach out to Stoinis to apologise.

Speaking his mind during the commentary, he said, “It was quick. Look at that. You can tell me anything, but whatever you say, a yorker does not go that high."

To drive his point home, the former India cricketer asserted that if a bowler bowls a full Yorker, it may go to knees in case the ball slips out of the hand. He added that maximum such a delivery could go above the midriff. Gavaskar stated that it can be in no way slipped out of Saini’s hand.

The incident took place in the 15th over of Delhi Capitals innings. Stoinis had been smashing RCB bowlers at will. In that over, the bowler had already been hit for 10 runs. In an attempt to bowl a sharp Yorker, Saini lost his control over the ball and the delivery ended up being a chest-high beamer.

However, Stoinis managed to get the ball on his gloves and it hit his fingers. Fortunately, the ball moving at a speed of 143 kph did not hit his chest. The incident seemed to have frustrated the batsman. The situation got aggravated as Saini did not even apologised for what had happened. Stoinis smashed the next delivery for the boundary and after that Saini tried to apologise.

Virat Kohli, the captain of Royal Challengers Bangalore, won the toss and gave Delhi Capitals the opportunity to bat first. Delhi’s openers Prithvi Shaw and Shikhar Dhawan gave a good start to their team. Shaw made 42 runs off 23 balls and Dhawan scored 32 runs off 28 deliveries. Rishabh Pant put on display his hitting skills, scoring 37 in 25 balls. Stoinis played an instrumental role, helping his side reach a decent total of 196. He made 53 (not out) off 26.

Delhi Capitals’ bowlers also went full throttle, troubling the RCB batsmen. Kagiso Rabada and Axar Patel gave a hard time to them. Barring Kohli, who scored 43 runs in 39 balls, no other batsmen performed with the bat and RCB’s innings ended on 137. They lost the game by 59 runs.