AB de Villiers smashed a sensational 33-ball 73 not out to power RCB to 194 for 2 after opting to bat. 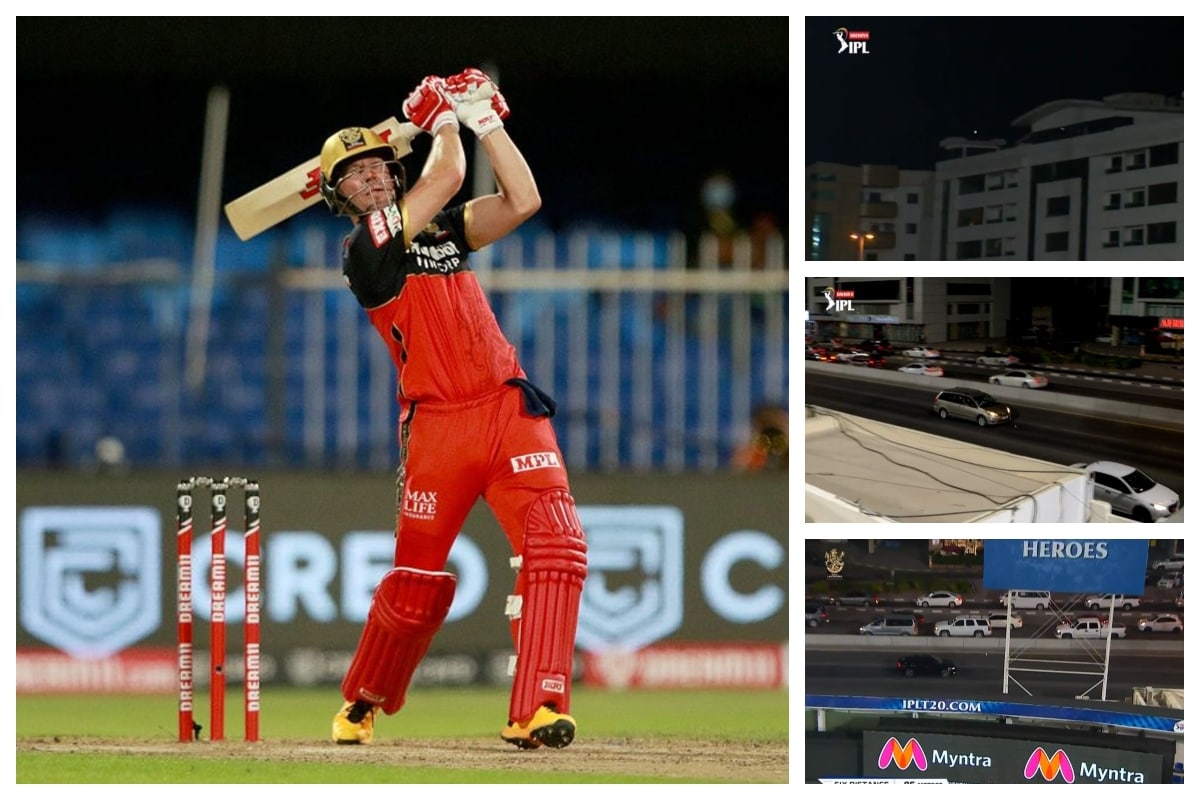 Royal Challengers Bangalore's AB de Villiers was at his brutal best on Monday at Sharjah against Kolkata Knight Riders clobbering 73 off just 33 balls on a pitch where everybody else seemed to struggle.

During his knock, ABD hit five fours and six sixes with IPL 2020 and young pacer Kamlesh Nagarkoti was at the receiving end of the assault with the South African hitting two huge sixes off the Rajasthan pacer that cleared the stadium landed on the road, hitting a couple of cars also.

As for the match, a clinical bowling display, led by spinners Yuzvendra Chahal and Washington Sundar, after de Villiers' batting pyrotechnics helped RCB beat KKR by a massive 82 runs in a lopsided IPL match here on Monday.

The win lifted RCB to second spot with 10 points from seven matches, while KKR dropped one place down to fourth with eight points as the league reached the halfway stage.

It was Navdip Saini who drew first blood for RCB, spoiling the debut of talented Tom Banton (8) as KKR's ploy to open with the Englishman came a cropper.

The under-rated Sundar was top class and virtually derailed the KKR run chase with the prized-scalp of an in-form Eoin Morgan (8) and Nitish Rana (9).

There was also a run out of a well-set opener Shubman Gill (34 from 25 balls) during Sundar's miserly spell as KKR batsmen struggled to get going.

Chahal accounted for KKR's last match hero and captain Dinesh Karthik (1) who dragged one to his stumps, deceived by the flight, while their star player Andre Russell continued his poor outing with a 10-ball 16.