Rishabh Pant did not feature in the Delhi Capitals (DC) team against Chennai Super Kings (CSK) due to an injury but that didn't stop him from catching the television viewers' attention. 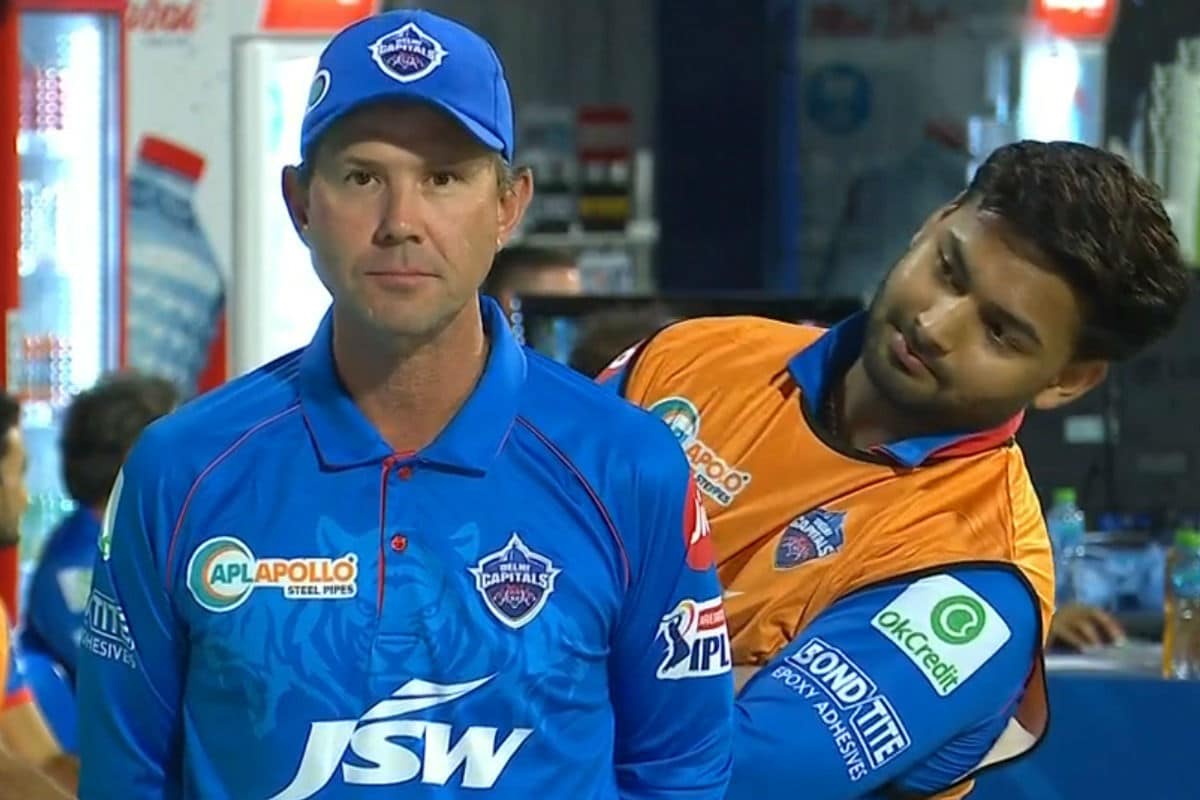 Rishabh Pant did not feature in the Delhi Capitals (DC) team against Chennai Super Kings (CSK) on Saturday due to an injury but that didn't stop him from catching the television viewers' attention. DC coach Ricky Ponting was talking into the camera while conversing with the commentators during the eighth over of the DC innings when Pant walked up behind the former Australian captain and hilariously made exaggerated reactions to whatever he said. Ponting then looked behind when Mark Nicholas told him to look over his shoulder and spotted Pant after which the latter walked away with a smile. "I wouldn't mind him out there rather than sitting in the dugout," said Ponting.

The former Australia skipper would also take to Twitter and offer up a comment on the incident. "One day I'll get to do an interview in peace @DelhiCapitals @RishabhPant17 @MStoinis," Ponting said. (IPL 2020 ORANGE CAP  |  IPL 2020 PURPLE CAP)

Spared by the fielders a number of times, opener Shikhar Dhawan (101) hit his maiden IPL hundred while Axar Patel pulled off three sixes in the final over as Delhi Capitals moved to the top of the table with a tense five-wicket win over Chennai Super Kings on Saturday.

Dropped on 25 and 79, apart from surviving a half chance and a run-out opportunity, Dhawan made full use of the lives given to him to raise his best IPL knock as the Capitals overhauled a stiff 180-run target with one to spare.

On 99, Dhawan also got a caught-behind decision reversed, using DRS. Despite a well-set Dhawan at the crease, Sam Curran bowled an exceptional 19th over, giving away just four runs to keep CSK in hunt.

Capitals needed 17 runs off the final over and it looked Dhawan's effort could go in vain but Axar Patel played a blinder of a knock, hitting three sixes off Ravindra Jadeja to finish off the game in style.

DC now have 14 points from nine games, one more than second-placed Mumbai Indians (12).