Cameras caught Robin Uthapps applying saliva on the ball while fielding. In post-Covid-19 world this can prove detrimental. Rajasthan Royal’s Robin Uthappa on Wednesday surpassed Royal Challengers Bangalore skipper Virat Kohli’s unwanted record. Kohli has been part of 90 defeats in the Indian Premier League. On the other hand, Uthappa has witnessed 91 defeats. This record was made yesterday when Rajasthan Royals were outperformed by Kolkata Knight Riders in the 12th game of IPL 2020 by 37 runs.

Kolkata’s Knight Riders captain Dinesh Karthik is positioned at third spot on the list of players who have been a part of most number of defeats. Karthik has witnessed 87 losses and he is followed by Mumbai Indians skipper Rohit Sharma, who has been on the losing side 85 times.

During the match against Kolkata, Uthappa also made a mistake which brought him into attention. He seemed to have accidently applied saliva while fielding.

This action was in violation of the ICC’s guidelines which bans use of saliva on the ball in view of the coronavirus pandemic. The ICC had earlier said that players would not be allowed to shine the ball using saliva. 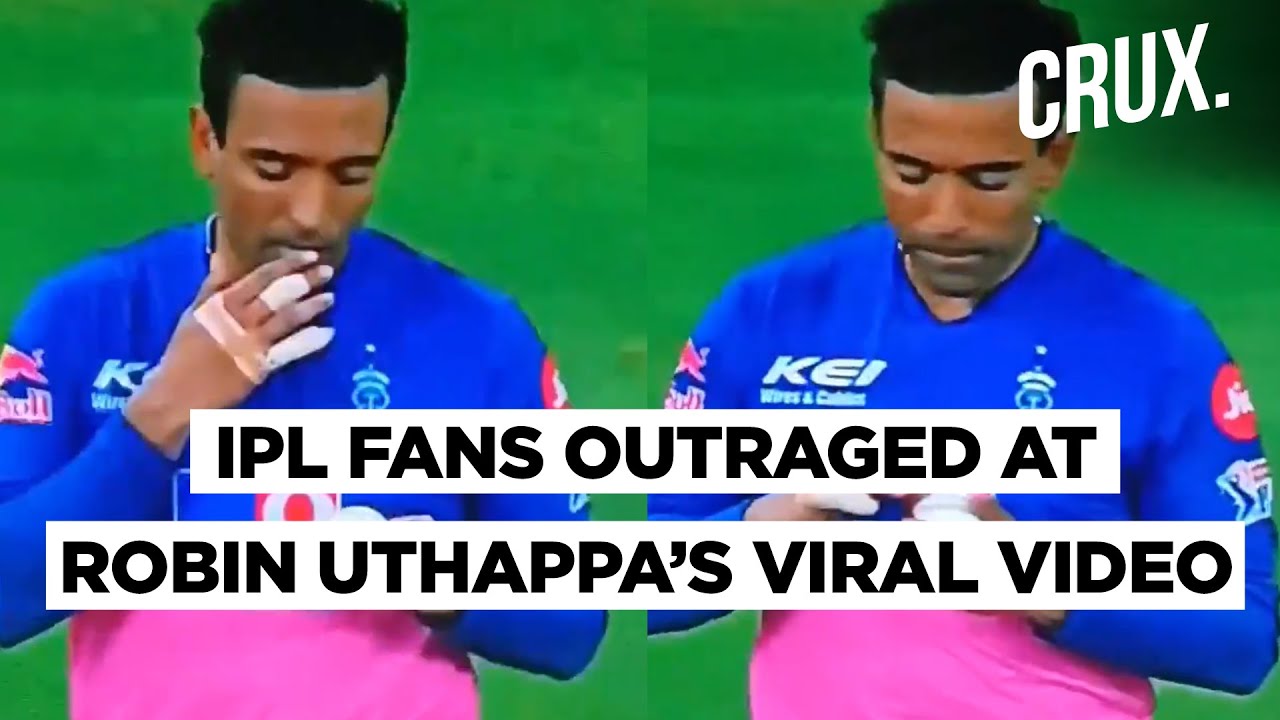 “If a player does apply saliva to the ball, the umpires will manage the situation with some leniency during an initial period of adjustment for the players, but subsequent instances will result in the team receiving a warning,” it had said.

As per the guidelines, a team will get up to two warnings per innings for this violation, but repeated use of saliva will lead to a 5-run penalty to the batting side. Apart from this, in case the saliva has been applied, umpires will be required to clean the ball before the game resumes.

In yesterday’s match of IPL 2020, Rajasthan won the toss and opted to bowl. Kolkata, playing first, put up a score of 174 runs. Shubman Gill gave his side a good start, scoring 47 off 34 balls. However, his opening partner Sunil Narine did not stand for long on the crease and he was sent to the dug-out at the score of 15. Nitish Rana and Andre Russell contributed in taking their side to a decent total. Rana made 22 off 17, while Russell hit 24 off 14. Finally, Eoin Morgan played a mature innings and made 34 in 23 deliveries.

When Rajasthan batsmen came to chase the total, they were troubled by Kolkata’s bowlers. Only three batsmen of Rajasthan touched double figure in terms of runs. Those three players were Jos Butler (21 runs), Rahul Tewatia (14 runs) and Tom Curran (54 runs not out). Apart from these players, all the others scored in single digits. Rajasthan’s innings ended on 137.