IPL 2020: Rohit Sharma and Wife Ritika Sajdeh Relax at the Beach in UAE

Rohit Sharma was spotted spending quality time with his wife Ritika Sajdeh. The India opener took to Instagram to share a sun-kissed selfie. 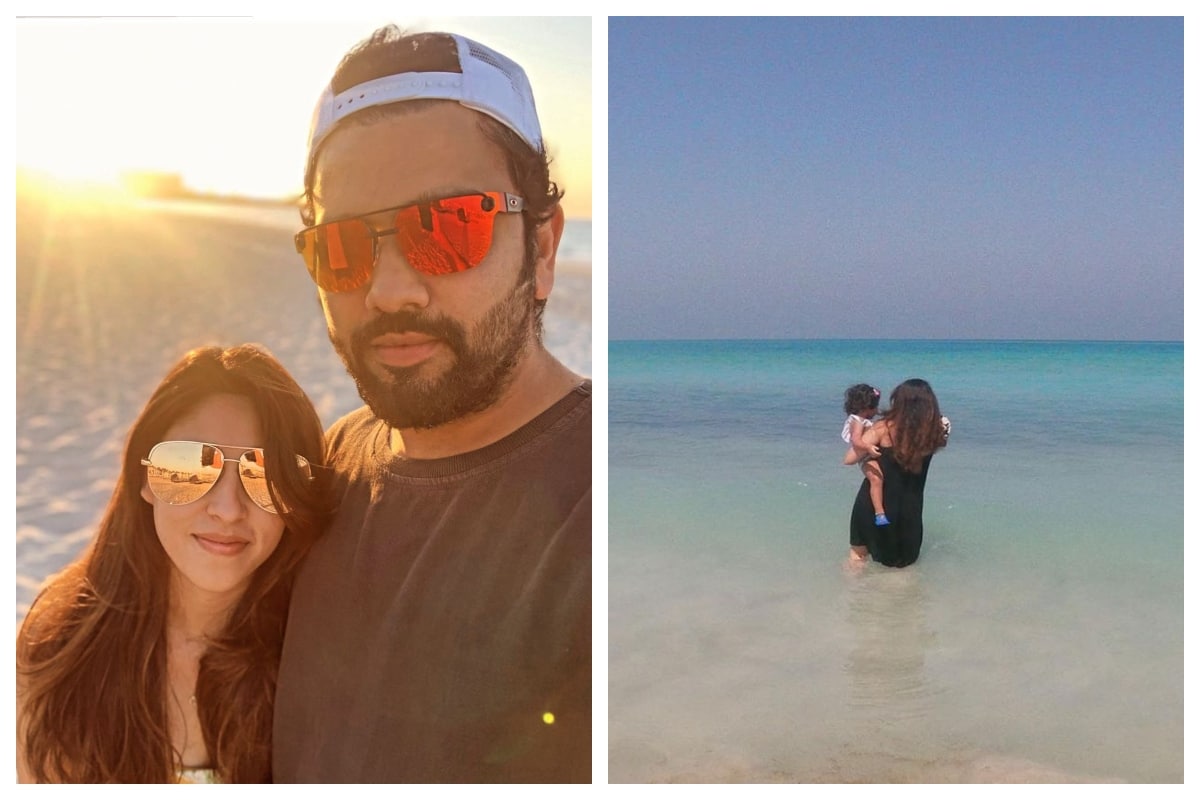 Mumbai Indians skipper Rohit Sharma, post his omission announcement from all three squads of Australian tour, was spotted spending quality time with his wife Ritika Sajdeh. The couple enjoyed a relaxed evening by the beach, a day back.

The India opener took to Instagram to share a sun-kissed selfie. Sharing the photo, Rohit captioned, “Nice and relaxed evening at the beach.”

Ritika also shared a picture on her official social media handle from the well-spent evening. She is seen with her daughter, Samaira amidst the waters. She captioned, “Water babies for life.”

Sharma was not included for the forthcoming tour Down Under, announced by the BCCI, in any of the three squads. The Mumbai Indians franchise, a day back, shared visuals of the batsman practicing in the nets, which has further sparked confusion.

Nice and relaxed evening at the beach

Meanwhile, India batting legend Sunil Gavaskar spoke regarding the skipper’s status quo. The former India captain stated that the fact that Sharma is practicing despite injury hints at something doubtful. The Indian cricket fans deserve transparency on why the batsman has been excluded from all the squads in the upcoming Australia tour. Sharma has been sitting at the bench from his IPL team MI for the last two matches after he suffered a hamstring injury.

Kieron Pollard, meanwhile, has been leading the squad until the skipper heals. The Mumbai based outfit has won a game and lost another in the two games sans Sharma. Although MI is currently comfortably occupying the top spot on the standings table, the run rate will determine the difference between MI and that of RCB and DC.

Also Read: This is How SRH Celebrated David Warner's Birthday and their Win Over DC

Mumbai Indians will clash with Royal Challengers Bangalore at the Sheikh Zayed Stadium, Abu Dhabi today. It will be an-important clash for both sides to make it and prolong the top spot on the points table.