David Warner-led Sunrisers Hyderabad (SRH) will be locking horns with Royal Challengers Bangalore (RCB) in the IPL 2020 Eliminator on November 6. 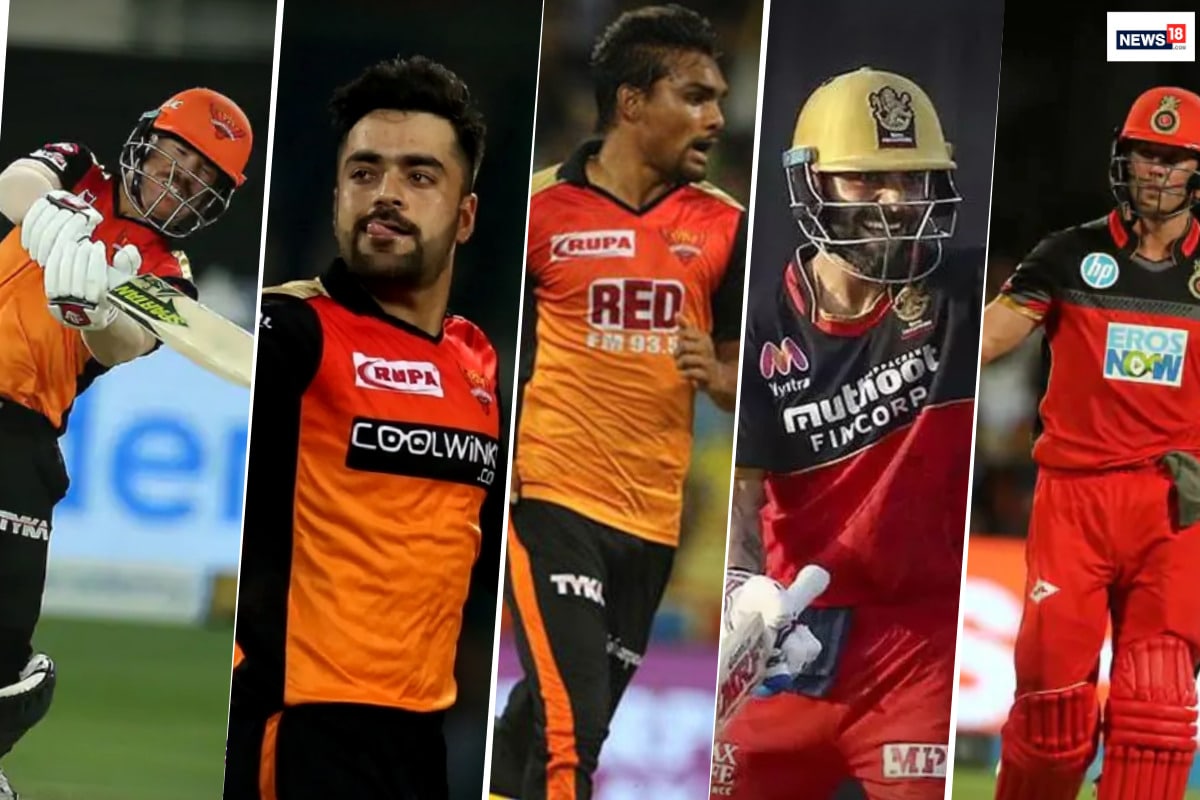 Royal Challengers Bangalore (RCB) will clash with Sunrisers Hyderabad (SRH) in a high voltage encounter in the Indian Premier League (IPL) 2020 Eliminator in Abu Dhabi on the 6th of November, Friday.

Warner may be peaking at the right time in IPL 2020. He smashed 66 off just 34 deliveries against the Capitals in Dubai and an unbeaten 85 off just 58 deliveries against Mumbai Indians in Sharjah. After struggling with his strike rate for the better part of the tournament, the Australian opener is finally coming into his own. Despite not being at his destructive best, Warner is still the second-highest run-getter of IPL 2020 with 529 runs in 14 matches at a strike rate of 136.69, including 4 fifties.

Rashid Khan is SRH's highest wicket-taker of IPL 2020 with 19 wickets in 14 matches with a best of 3/7. He has been their playmaker in the middle overs not only controlling the flow of runs but also picking up crucial opposition wickets. Rashid's economy rate of 5.28 is the best in the tournament.

Sandeep Sharma gave a Player of the Match performance in the crucial encounter against RCB in Sharjah getting rid of both Padikkal and Kohli in the powerplay. He has picked 13 wickets in 11 matches and been brilliantly restrictive conceding at a rate of just 7.34 in the tournament.

Though not at his devastating best, Virat Kohli has still managed to aggregate above 400 runs in IPL 2020. His standout performance came against CSK when he scored an unbeaten 90 off just 52 deliveries. He also scored an unbeaten 72 off just 53 deliveries helping RCB chase down RR's 154 for 6 in Abu Dhabi. Kohli has mostly played within himself in the tournament as his strike rate of 122.01 indicates - maybe it is time for Kohli to unleash his destructive prowess.

AB de Villiers has been RCB's playmaker and biggest match-winner with the bat in IPL 2020. His 4 fifties have come at a breathtaking rate and more significantly all resulted in an RCB win. AB has aggregated 398 runs in 13 innings at a strike rate of 163.78 - the fifth-best in the competition. He has had a relatively quiet last few matches and would be raring to go in the playoffs.