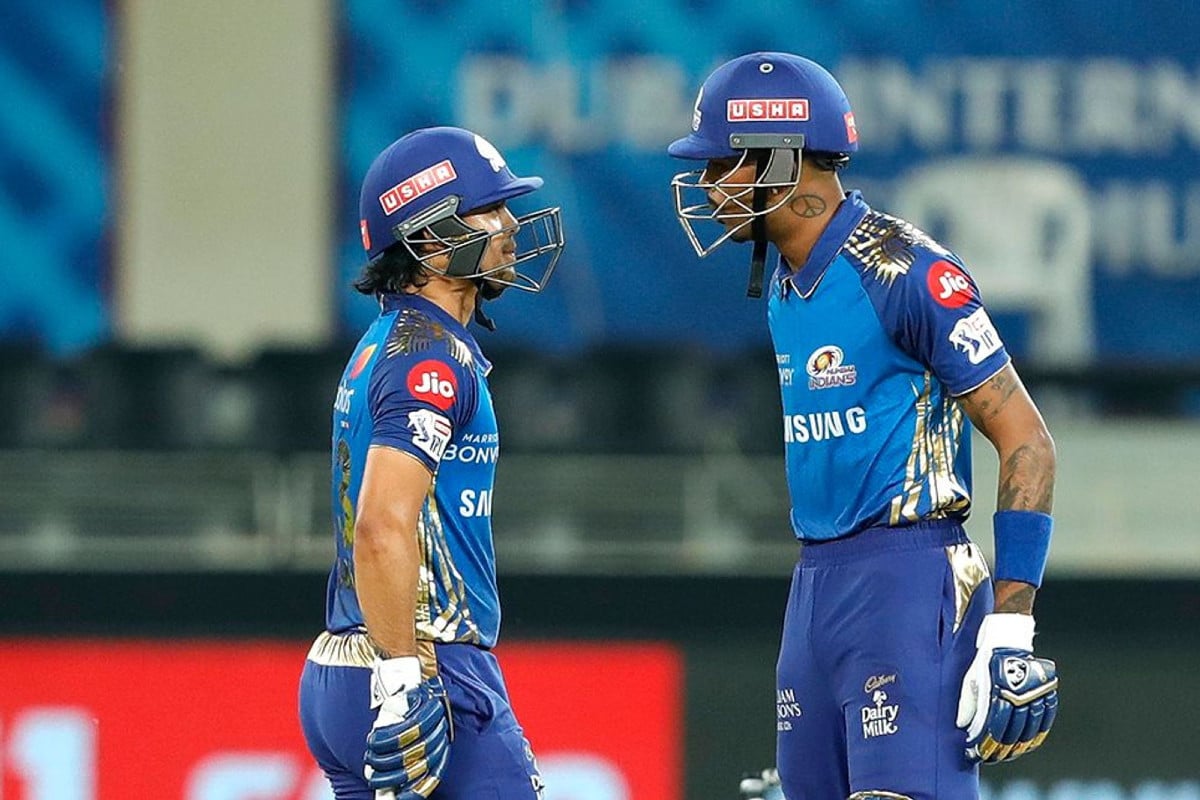 Dubai: Mumbai Indians, arguably the best T20 outfit in the history of the format, carried out a clinical decimation of Delhi Capitals by 57 runs in the first qualifier, to set sights on their fifth Indian Premier League title. Surya Kumar Yadav (51 off 38 balls) laid the platform on which Ishan Kishan (55 not out) and Hardik Pandya (37 no off 14 balls) cashed in to take their team to 200 for 5.

The pressure of scoreboard was writ large on a wobbly Capitals top-order with Trent Boult (2/9 in 2 overs) and Jasprit Bumrah (4/14 in 4 overs) producing a 'Test match opening spell" to eventually blow out the opposition for 143 for 8. Delhi will however get a second shot at glory when they meet winner of the Eliminator between RCB and Sunrisers Hyderabad on Sunday in the second qualifier.

If there was something called putting up a team effort, then the defending champions did that to the 'T' on Thursday. Prithvi Shaw (0) waited for an inswinger which never came and instead edged a Boult delivery that was delivered with angled seam. Ajinkya Rahane (0) expected an outswinger but got a "Boult special" in-dipper that had him plumb in-front. The in-form Shikhar Dhawan (0) before he could settle down got a toe-crusher from Jasprit Bumrah that messed with his middle-stump.

It was 0/3 in 8 balls and there was nothing left in the match. Shreyas Iyer was snapped at cover off Bumrah and Rishabh Pant as usual slog swept a ball from Krunal Pandya on the imaginary fifth off-stump to be holed out in the deep as Capitals were half the side back in the dug-out for 41. This is the sixth time that the Rohit Sharma-led franchise has reached the summit clash.

Seeing 'Murphy's Law' (If something can go wrong, it will) hit Delhi Capitals is sure to invoke a sense of deja vu for those who had witnessed their 2012 season. In the second Qualifier against Chennai Super Kings, Delhi (Daredevils back then) had dropped Morne Morkel and played an off-spinner called Sunny Gupta, who was hammered for 20 in his first over and they were routed.

On Thursday, with Kagiso Rabada and Anrich Nortje in his corner, Iyer decided to start with inexperienced left-arm seamer Daniel Sams, who instanty taken apart by Quinton de Kock. Capitals lost the momentum and never got it back through the entire duration of the match. It was Suryakumar's near flawless half-century complemented by Hardik Pandya's death-over fireworks that saw Mumbai Indians put up an above-par total.

While Ravichandran Ashwin (3/29 in 4 overs) shone brightly with his cerebral bowling, Shreyas Iyer's captaincy left a lot to be desired due to negative tactics as far as his pace department was concerned. Starting with left-arm seam of Sams (0/44 in 4 overs) badly backfired and even worse was Rabada (0/4 in 4 overs) and Nortje (1/50 in 4 overs) also had a forgettable day at the office.

De Kock and Surya were in full flow as the boundaries and sixes continued to flow from their blades during the 62-run stand in only 6.1 overs. While De Kock was severe on anything bowled short or on his legs, Surya's flowing drives off spin and pace were a treat for the eyes. in the end, it was big-hitting exhibition from Hardik as he kept his shape nicely to hammer Rabada and Nortje out of the park.