Steven Smith and star Indian batsman, Sanju Samson were on fire in the first two matches of their franchise in the tournament. 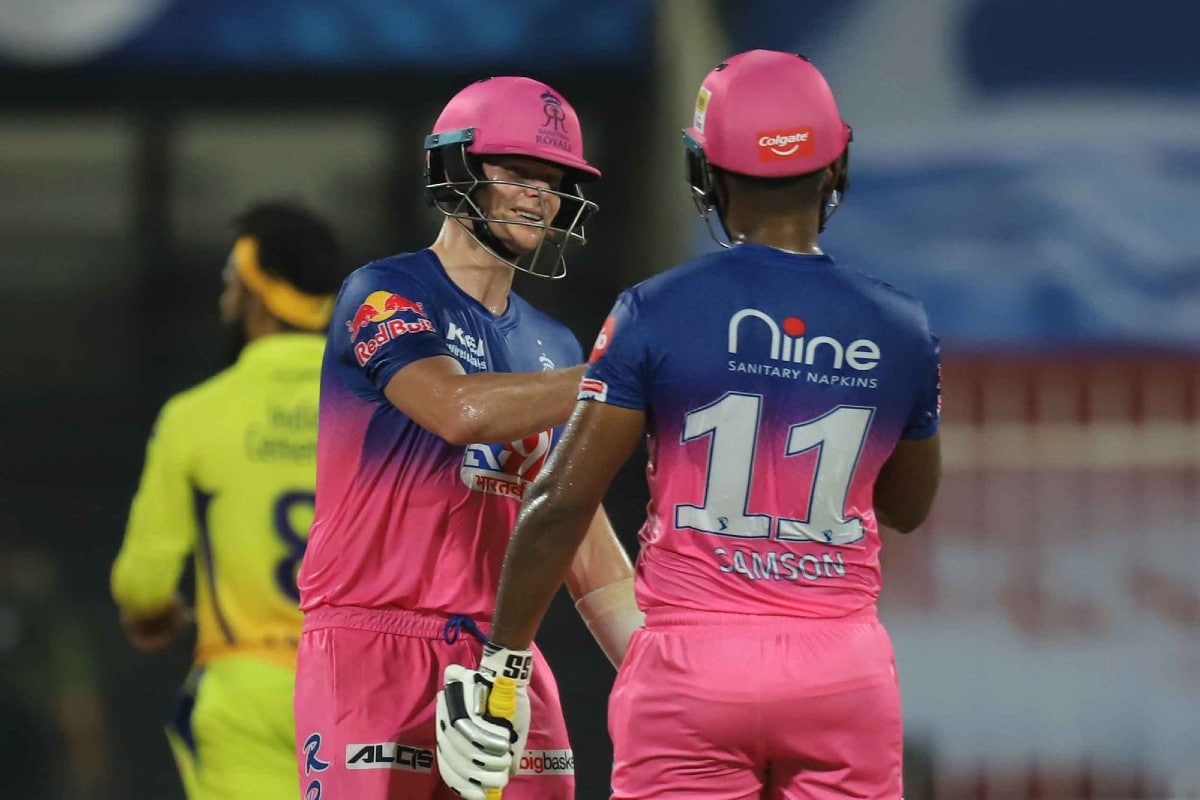 Rajasthan Royals (RR) captain, Steven Smith and star Indian batsman, Sanju Samson were on fire in the first two matches of their franchise in the tournament. Between them, they smashed 16 fours and as many as 22 sixes in these twin performances at Sharjah.

But it has all gone crashing down since then!

For them and for RR. 4 matches, 4 consecutive failures and 4 losses for the Royals. It has been a mighty fall, both, for Samson and Smith. With the fortunes of their star batsmen changing so dramatically after the initial highs of Sharjah, the team has lost confidence and is struggling to even compete in the tournament.

It has been a similar story for Smith. 3 off 7 deliveries against KKR, 5 off 5 against RCB and 6 off 7 against the Mumbai Indians. The Australian superstar got a start against the Capitals but failed to convert it into a substantial knock.

The result – 4 crushing defeats on the trot.

RR tried to re-shuffle the batting order and pushed Smith to number 3 and Samson to number 4 against Mumbai Indians in Abu Dhabi – but to no avail – both were out for single-digits.

Even a return to their happy hunting ground, Sharjah, with much shorter ground dimensions, did not change their luck - Smith failed to convert his start while Samson was again sent back for a single-digit score against the Capitals.

Samson had a sort of similar story in the previous two editions too where around two-fifth of his tournament runs came in the initial three matches. Two of his 4 dismissals have come against the short-pitched delivery – Samson seems to have a problem against the rising ball and is getting into uncomfortable positions trying to pull and hook which is bringing about his downfall in the larger playing areas of Dubai and Abu Dhabi. He gets away with it at Sharjah due to the short boundaries but that is not the case at the other two venues.

Both Samson and Steve Smith are crucial to RR’s success in the tournament. They need to find a way to go back to scoring big runs at the top of the order for the Royals.

Time is running out.