Chennai Super Kings (CSK) got back to winning ways as they thrashed Kings XI Punjab (KXIP) by 10 wickets in Dubai. Veterans Shane Watson and Faf du Plessis conjured up commanding unbeaten half-centuries to guide CSK to their second victory of the season.

The opening pair averaged only 13 heading into their fifth IPL 2020 game against Kings XI Punjab at the Dubai International Stadium. But when the game finished,  the pair of Faf du Plessis and Shane forged an unbroken 181-run partnership for the first wicket - the highest partnership ever for the Super Kings - to hand the Kings XI their fourth defeat. 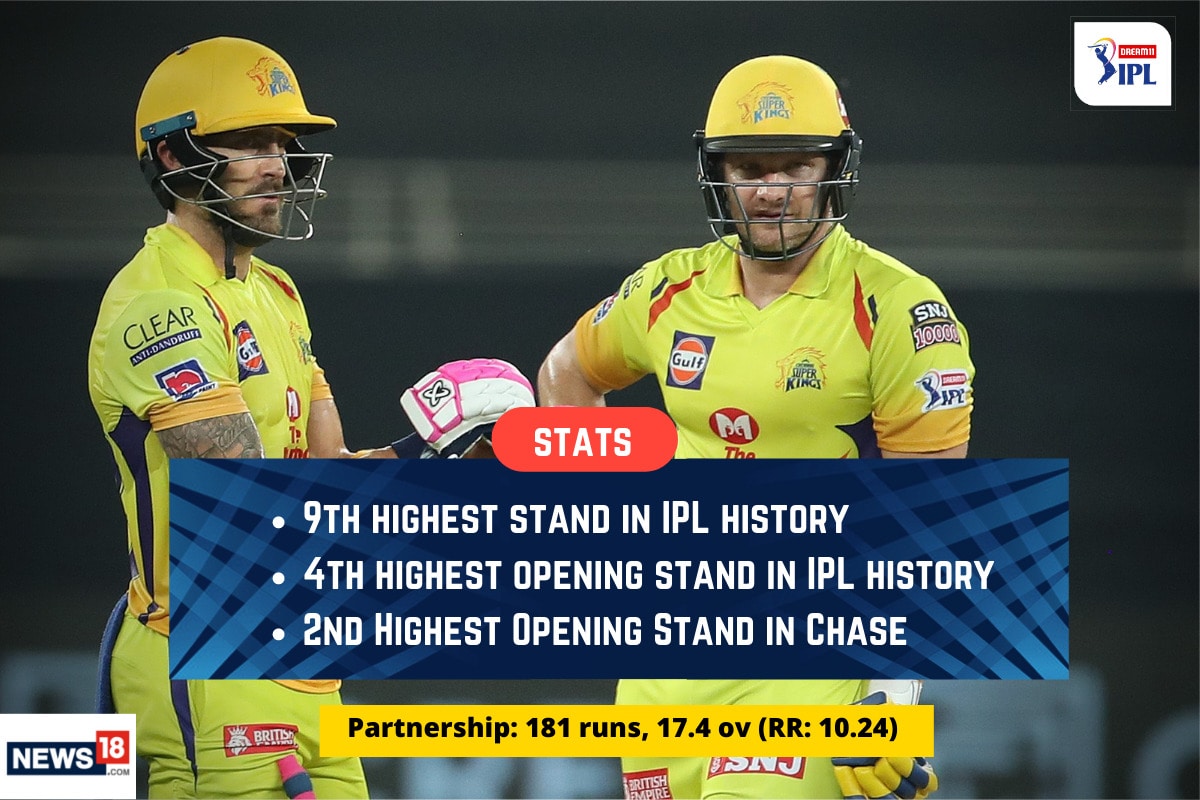 Du Plessis had a rocky start, but he chanced his arm and kept finding the boundary and in the last over of the powerplay, du Plessis hit Chris Jordan for four fours in five balls, ruining England international's 32nd birthday.

CSK, at the end of the powerplay, were 60 for no loss their highest in the phase this season going past their 53 for no loss in Sharjah against Rajasthan Royals.

Shane Watson, after scoring 4, 33, 14, 1 in his first four innings this season, set the ball rolling out with his vintage slog-sweeps and lofts down the ground. He reached his first half-century of the season, off 31 balls, before du Plessis brought up his own landmark in 33. The pair then raised the tempo further and toyed with the Kings XI bowling and reached the target with 14 balls to spare.

Watson punished the KXIP bowlers with 11 fours and three sixes in his 53-ball unbeaten knock while Du Plessis hit 11 fours and a six from 53 balls to also remain not out.

This was the second time that MS Dhoni-led Chennai Super Kings have won by 10 wickets, with the first one being in 2013, also against KXIP. Punjab's Mandeep Singh is the only person in the current squad who faced the same result 7 years back. Piyush Chawla, who back then conceded 20 runs in his four overs have now switched sides. As for CSK, as many as four players have seen their team win against KXIP by 10 wickets.

The win also took CSK to four points from five matches – and to the sixth position -- on the eight-team table while KXIP are now at the bottom with two points from five games, and find their backs against the wall.