IPL 2020: Shouldn’t Get Carried Away By Our Youngsters’ Performance, Cautions Dinesh Karthik 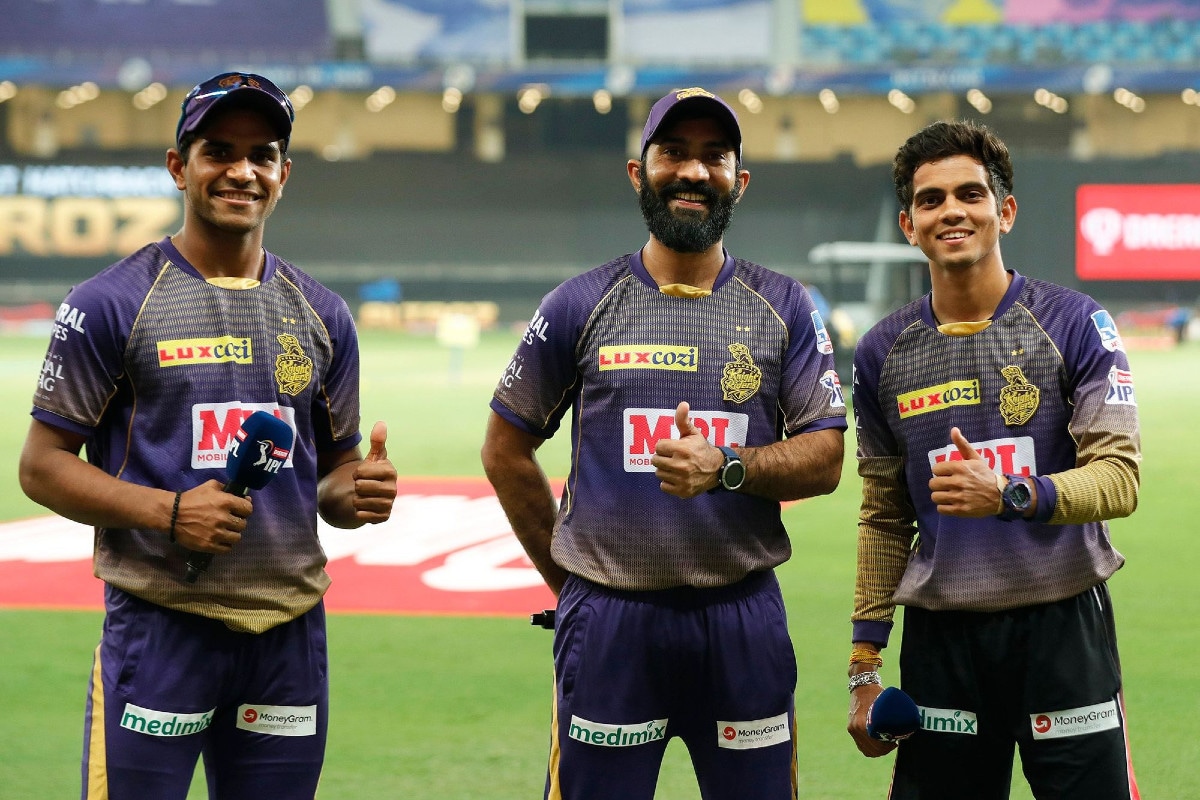 Kolkata Knight Riders skipper Dinesh Karthik finds it heartening that his team’s young guns have raised the bar with match-winning IPL performances but does not want to “get carried away” and put extra burden on the talented bunch as the tournament progresses.

Rising opener Shubman Gill performed well in both of KKR’s wins against Sunrisers Hyderabad (70 not out) and Rajasthan Royals (47) while his U-19 India teammates Shivam Mavi and Kamlesh Nagarkoti ran through Royals’ line-up.

The KKR skipper praised the trio but with a note of caution.

For Karthik, it is important that his youngsters don’t feel the extra pressure as they go deep into the tournament. “I don’t want to add pressure on them by making them feel that they are the ones that we are dependent on... There are fabulous cricketers around them as well who will play a role and make them look even better than what they are.”

Mavi grabbed the two big wickets of Jos Buttler and in-form Sanju Samson in his match-winning show, while Nagarkoti ripped the middle order with two wickets — Robin Uthappa and Riyan Parag — in four deliveries to derail the Royals in a tricky chase of 175.

At the 2018 auction, Nagarkoti, then 18, was snapped up for ₹3.2 crore, while Mavi, 19, commanded a price of ₹3 crore. But the young quicks endured some injury setbacks, especially Nagarkoti who was ruled out of two seasons but KKR continued to repose faith in them.

“I’ve been wanting to see them since the time they played the (2018 U-19) World Cup and now it’s just great to see them both on the field...To see these boys out there playing for us, representing our franchise, the fact that we’ve stuck with them and to see them out there makes us so happy. The fact that they’re bowling well and fielding well is a bonus,” Karthik said.

The youngsters now are in the elite company of world’s numero uno Test bowler Pat Cummins and Karthik believes it would make a “massive difference”.

“Cummins is an extraordinary role model for everybody. To have a player like him around is a confidence-booster because. He’s so good with the young kids and he’s just great to have around the team...I think the boys are learning a lot. The fact that he’s interacting with all these guys not only on-the-field but making a genuine effort off-the-field makes a massive difference.”

KKR next face Delhi Capitals in their fourth match on Saturday.