As many as 62 players were sold in the IPL 2020 auctions held in Kolkata on Thursday, December 19. We analyze the 8 squads as they stand after the auctions. 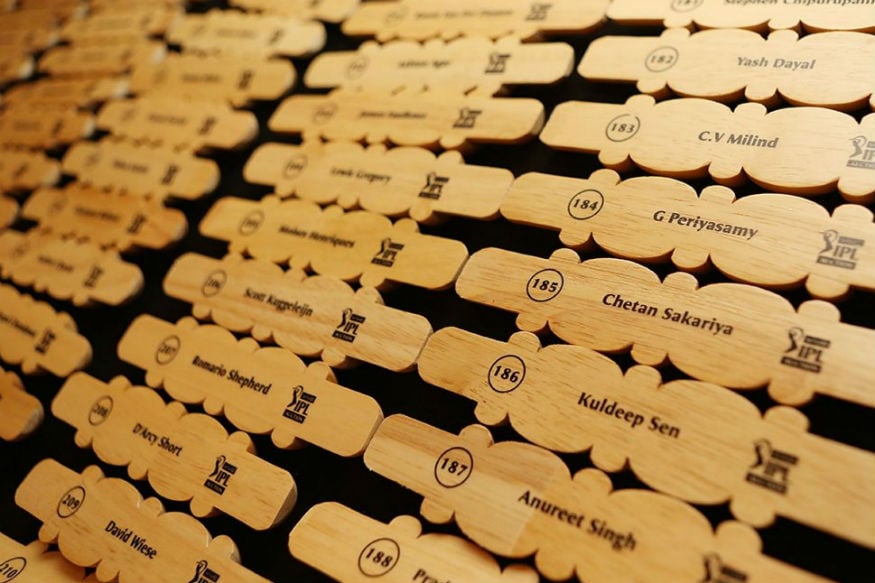 As many as 62 players were sold in the IPL 2020 auctions held in Kolkata on Thursday, December 19. These included 29 overseas players.

We analyze the 8 squads as they stand after the auctions. 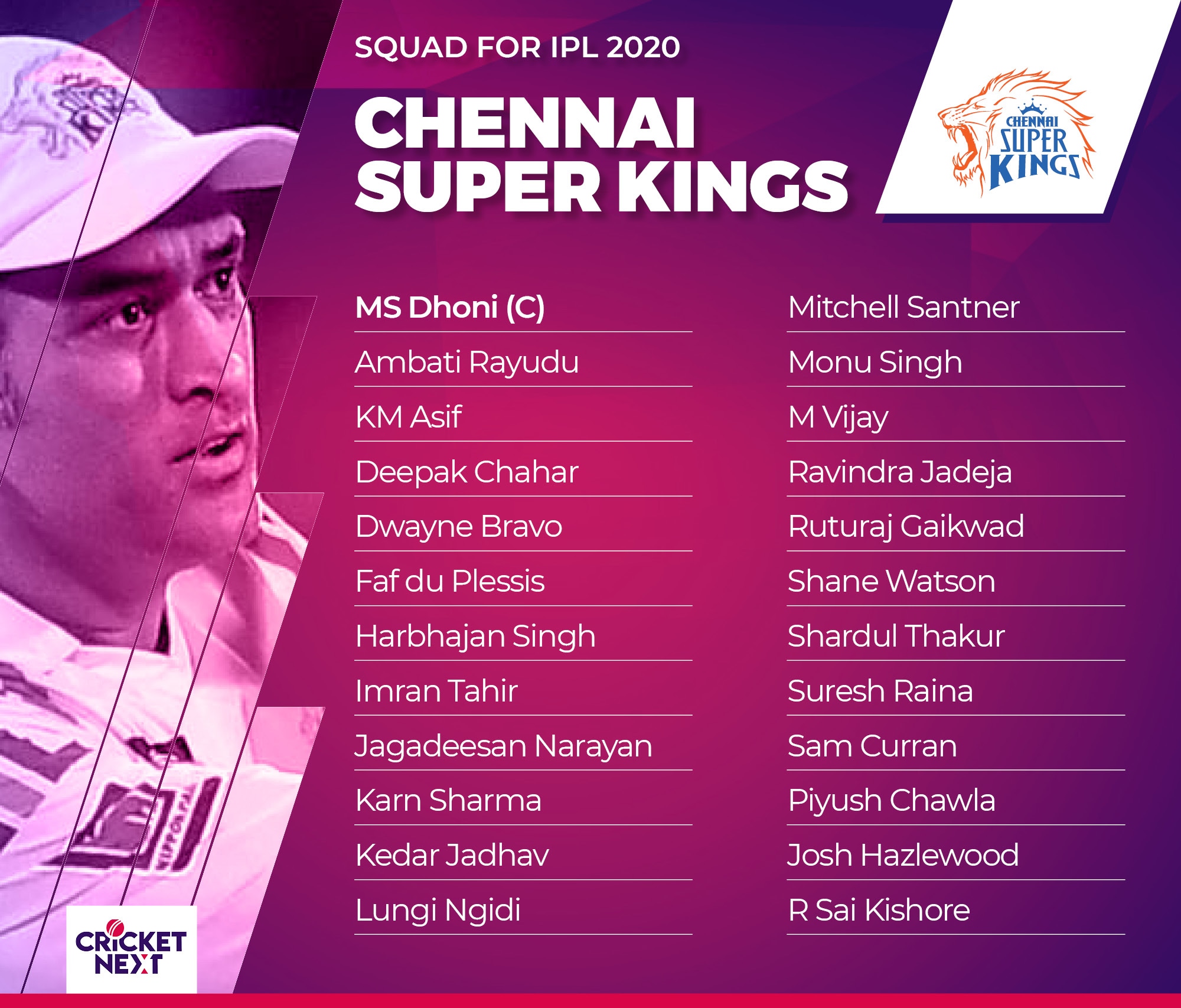 Cricketnext had predicted that CSK would target Sam Curran and the franchise bought the English all-rounder for INR 5.5 crore.

CSK have a very balanced squad with a good mix of experience and youth. The top-order will be dominated by the likes of Rayudu, Du Plessis, Raina and Watson while the likes of Dhoni and Bravo will add impetus to the lower-order.

They also have variety in their spin department with Imran Tahir and Mitchell Santner both in the squad. 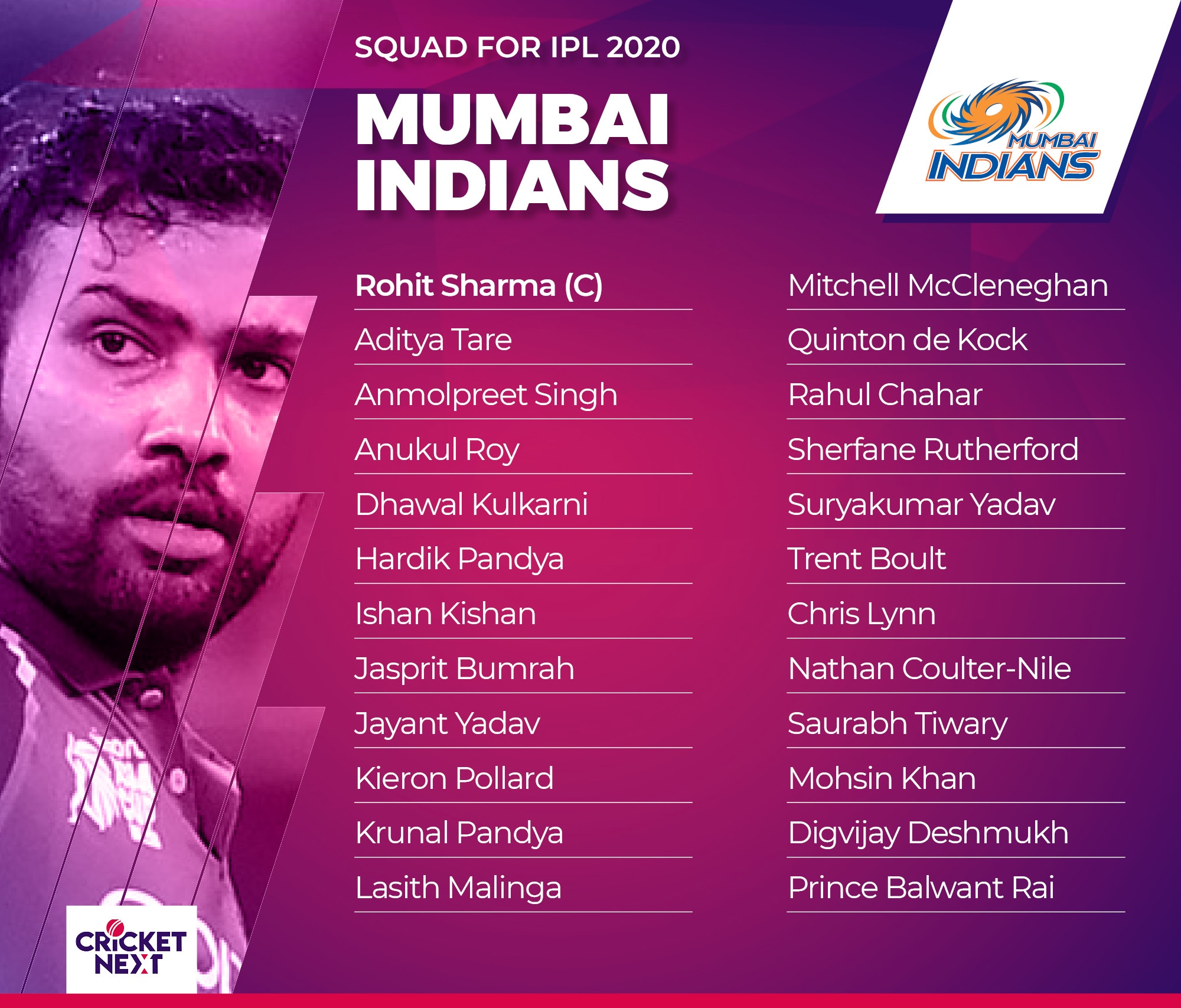 Chris Lynn was a great buy for MI as they needed to replace Evin Lewis at the top of the order and needed someone to match the West Indian’s firepower and stroke-play.

We had forecasted that they would need a right-arm overseas fast bowler and they found one in Nathan Coulter-Nile.

While MI, led by Rohit Sharma, has a strong batting unit and the fast bowling unit looks potent too, they do lack a world class spinner. 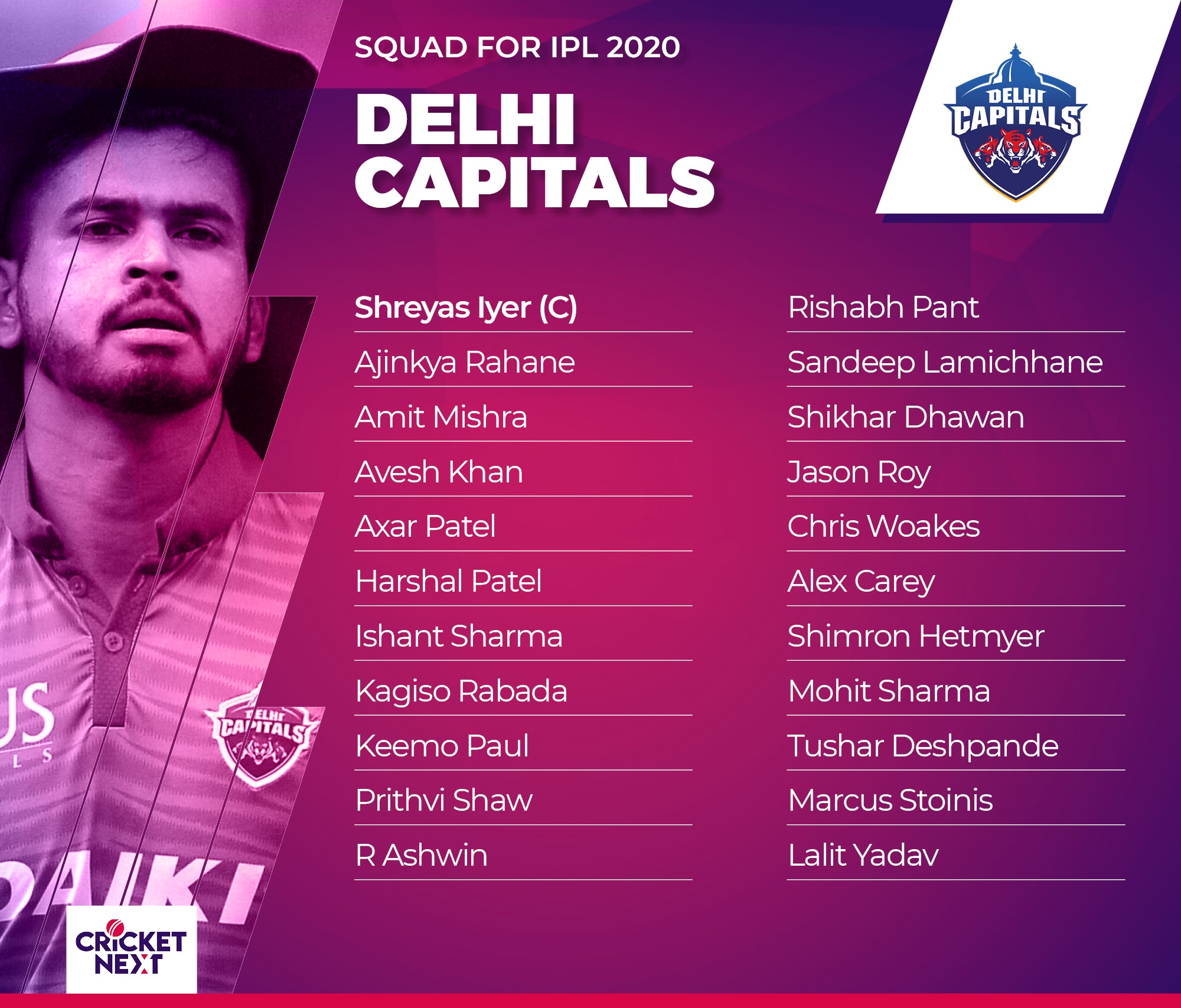 DC had a great nucleus of Indian players prior to the auction and as expected their focus was on overseas buys in Kolkata. Their two biggest buys were Shimron Hetmyer and Marcus Stoinis which was on expected lines as they needed a top-order batsman and an all-rounder to boost their squad.

They might miss the services of an experienced left-arm seamer. With the release of Tye and Henriques, Kings XI needed to target two overseas pacers to partner Shami – Sheldon Cottrell was their star purchase along with Chris Jordan and Jimmy Neesham for support.

They needed another explosive batsman in the top-order and bought back Maxwell who took them to the final in 2014.

Kings XI has a strong potential starting XI on paper – Gayle, Rahul, Pooran and Maxwell are all match-winners on their day. They also have a good pace unit which will be led by Shami and Cottrell and a spin attack led by Mujeeb ur Rahman.

The pedigree of their bench strength is where they could face some challenges. The Royals needed to build on their Indian nucleus having released a number of domestic players before the auction. Robin Uthappa and Jaydev Unadkat were excellent buys for them as they desperately needed a stroke-player in the top order and an experienced seamer.

Stokes, Buttler, Samson and Smith make it a dangerous batting unit although a lack of variety in their fast bowling department could hurt them – they do not have a left-arm overseas pacer. As expected, they invested heavily in India’s under-19 players. KKR stole the show with the biggest buy of the season – Pat Cummins but that left them with less bargaining power for the rest of the players. Eoin Morgan was a great buy for them as they needed firepower at the top.

Chris Green was a very smart buy – the Australian player is a specialist spinner in the powerplay, - as was the hard-hitting Tom Banton.

Although their squad has a lot of talent and potential and international credibility, the lack of exposure in the IPL of some of the overseas buys could hurt them. 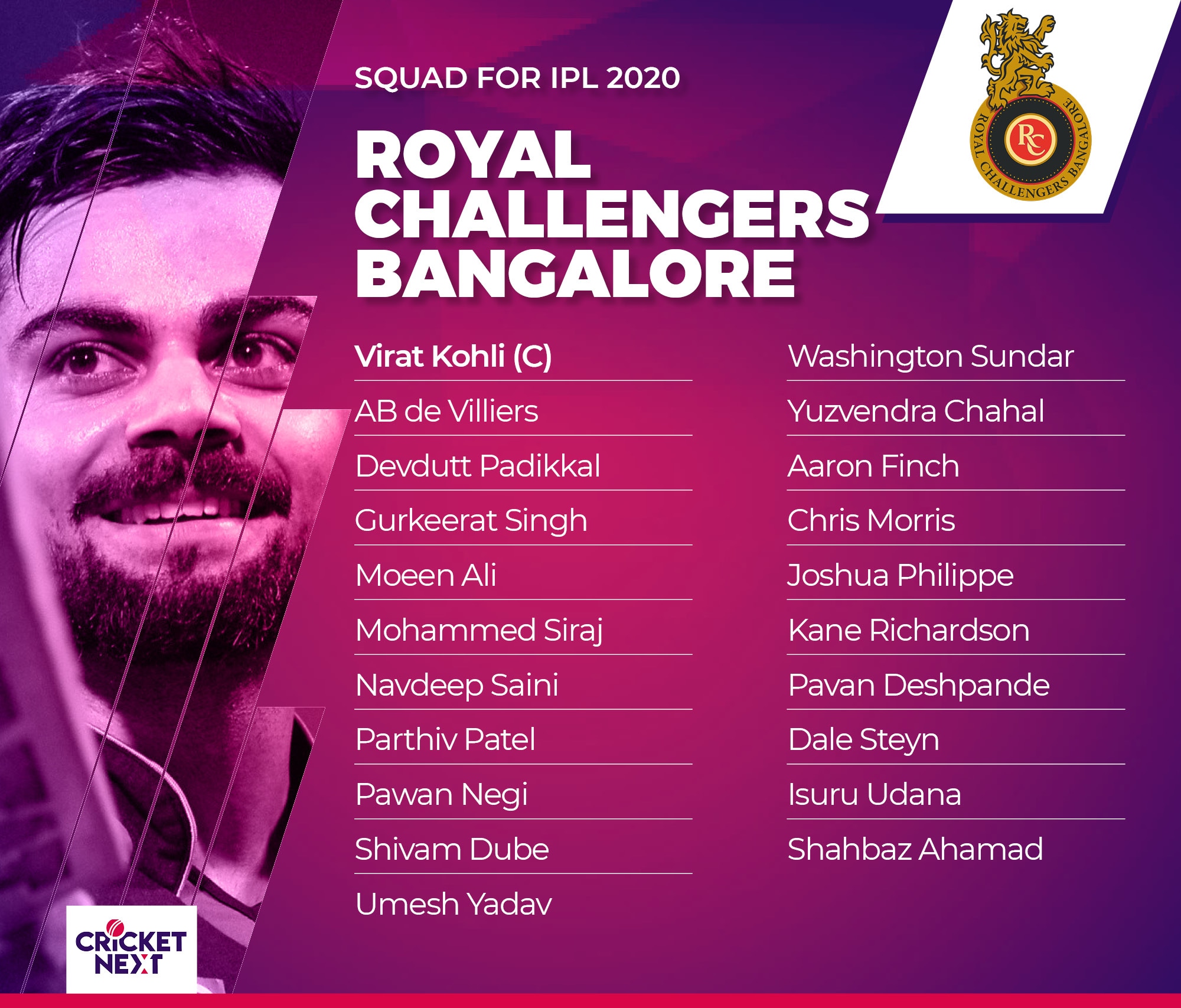 RCB invested heavily on their bowling department as that has been their bane over the years. Kane Richardson was a great buy – he was the highest wicket-taker in the BBL 2018-19.

Aaron Finch will be their trump card at the top but barring Kohli the Indian batting nucleus of the side lacks depth and experience. SRH needed explosive all-rounders in the lower-half and purchased the talented West Indian Fabian Allen – a great buy for them. They also roped in Mitchell Marsh.

There will a lot of pressure on their three overseas star batsmen – Warner. Bairstow and Williamson and barring Manish Pandey, the pool of Indian batsmen in the middle order lack depth and are not proven talent and are prone to inconsistency.