IPL 2020 SRH vs KKR: Sunrisers Hyderabad vs Kolkata Knight Riders – Top 5 Players to Watch Out For 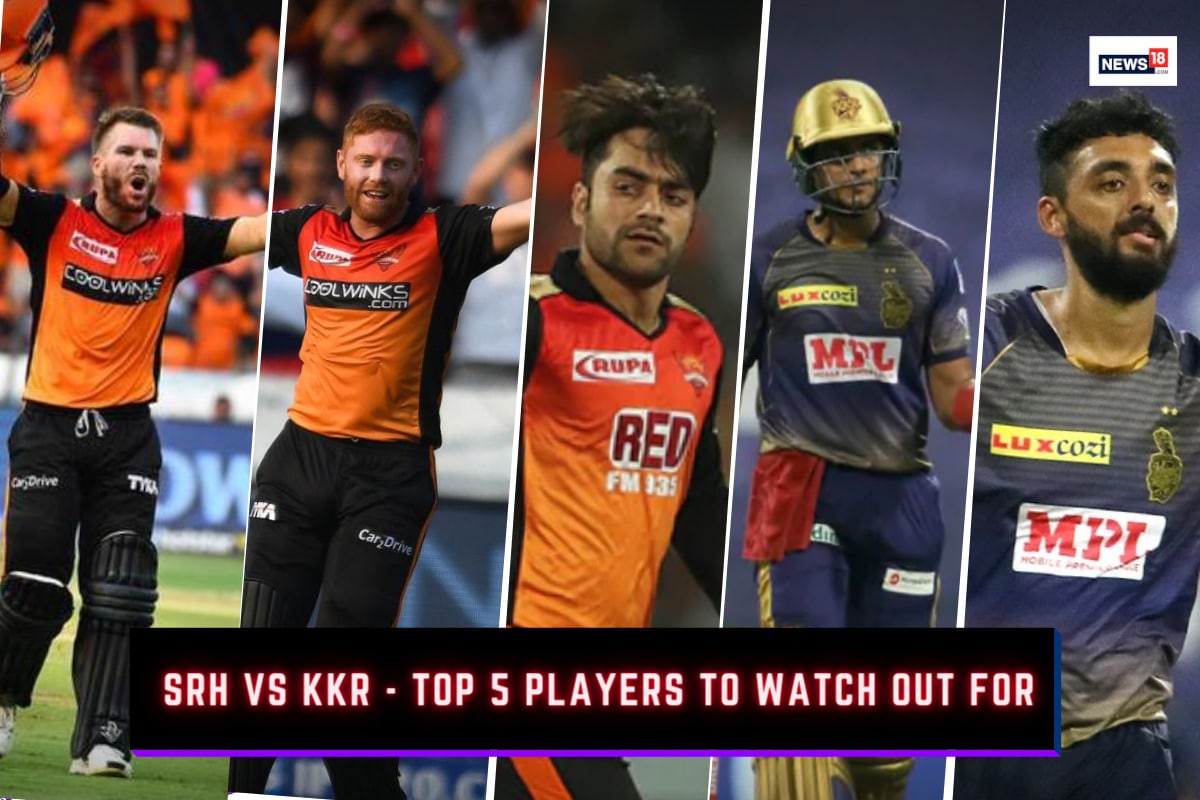 Sunrisers Hyderabad (SRH) will clash with Kolkata Knight Riders (KKR) in match 35 of the Indian Premier League (IPL) 2020 in Abu Dhabi on Sunday, 18th October.SRH, with 5 losses from 8 matches, are at number 5 on the points table while KKR are at number 4 with 4 wins and as many losses from the same number of matches.

We look at 5 players who can potentially have the maximum impact in the match.

David Warner has been SRH’s highest scorer of the season with 284 runs in 8 innings. But he has not been at his destructive best as his strike rate of 121.88 indicates. Though he has shown glimpses of his batting prowess, he is yet to produce a Warner-type innings in this IPL. With the business end of the tournament in progress, perhaps this is the time for the David Warner show. The Australian has won the Orange Cap on three occasions – more than any other batsman.

Jonny Bairstow gave a Player of the Match Performance against KXIP smashing 97 off just 55 deliveries but has been off the boil in the last couple of matches. Overall, he has had a great start to his IPL career since 2019. He has an average of 45.31 in 18 IPL matches – the second-highest in the history of the tournament after KL Rahul.

Rashid Khan – the master spin wizard, has been SRH’s hero with the ball in IPL 2020. He has picked 10 wickets in 8 matches at an economy rate of 5.34 – the second-best in the tournament after Chris Morris. Rashid is SRH’s trump card with the ball in the middle overs.

Shubman Gill has been the only Mr Consistent in an otherwise poor batting display by KKR in IPL 2020. He has played the role of the accumulator and scored 275 runs in 8 innings including two fifties for KKR this season. His strike rate of 116.52 is an indicator of the role he has played for his team this year.

Leg-break bowler, Varun Chakravarthy has been KKR’s best spinner in IPL 2020. He has been the most restrictive bowler of the team with an economy rate of just 7.21.