Home » Cricket Home » News » IPL 2020: Sunil Narine Comes to the Party When KKR Needed Him the Most
2-MIN READ

IPL 2020: Sunil Narine Comes to the Party When KKR Needed Him the Most

Sunil Narine has the game to play a destructive knock in the lower-order. He also needs to control the innings with the ball in the middle overs.

Sunil Narine could not have chosen a better time to return to form and deliver his best performance of the Indian Premier League (2020). Kolkata Knight Riders (KKR) had lost three of their last four matches and were looking completely out of form with no momentum. They had given one of their worst batting performances in the history of the IPL in their last encounter against Royal Challengers Bangalore (RCB) in Abu Dhabi. KKR had been restricted to 84 for 8 – their second-lowest score in a completed innings ever in the IPL. The batting was crumbling. The bowling lacked penetration. With 5 wins and 5 losses from 10 matches, they were barely hanging to the number 4 position on the points table.

With stiff fightback being provided from teams like Kings XI Punjab (KXIP) and Sunrisers Hyderabad (SRH), a playoff spot was fast leaving the KKR shore.

They needed an inspired performance against Delhi Capitals. But who could their man be?

ALSO READ: IPL 2020: Rajasthan Royals vs Sunrisers Hyderabad Preview – A Do or Die Battle for Both Teams

Sunil Narine had been in woeful form with the bat in the tournament with an aggregate of just 44 runs in 5 innings at a strike rate of 110. 9, 0, 15, 3, 17 – he had not reached 20 thus far in the competition. Neither was he scoring any runs nor getting the starts – it was a big struggle!

KKR could not have afforded to capitulate against the Capitals. They needed a spark, a trigger. Cometh the Hour and Cometh the Man! It was looking all too similar in Abu Dhabi. KKR were reeling at 42 for 3 in the 8th over when Narine joined Nitish Rana in the middle. A different Narine had arrived!

The West Indian got going with a six and a four off Ashwin in the 8th over of the match. He got a couple of boundaries off Tushar Deshpande in the next over. Now there was no stopping the man. Narine went all guns blazing. Pulls, punch over extra cover, cover drives, heave over the big long-on boundary – he showed his entire repertoire. The old Narine was back! 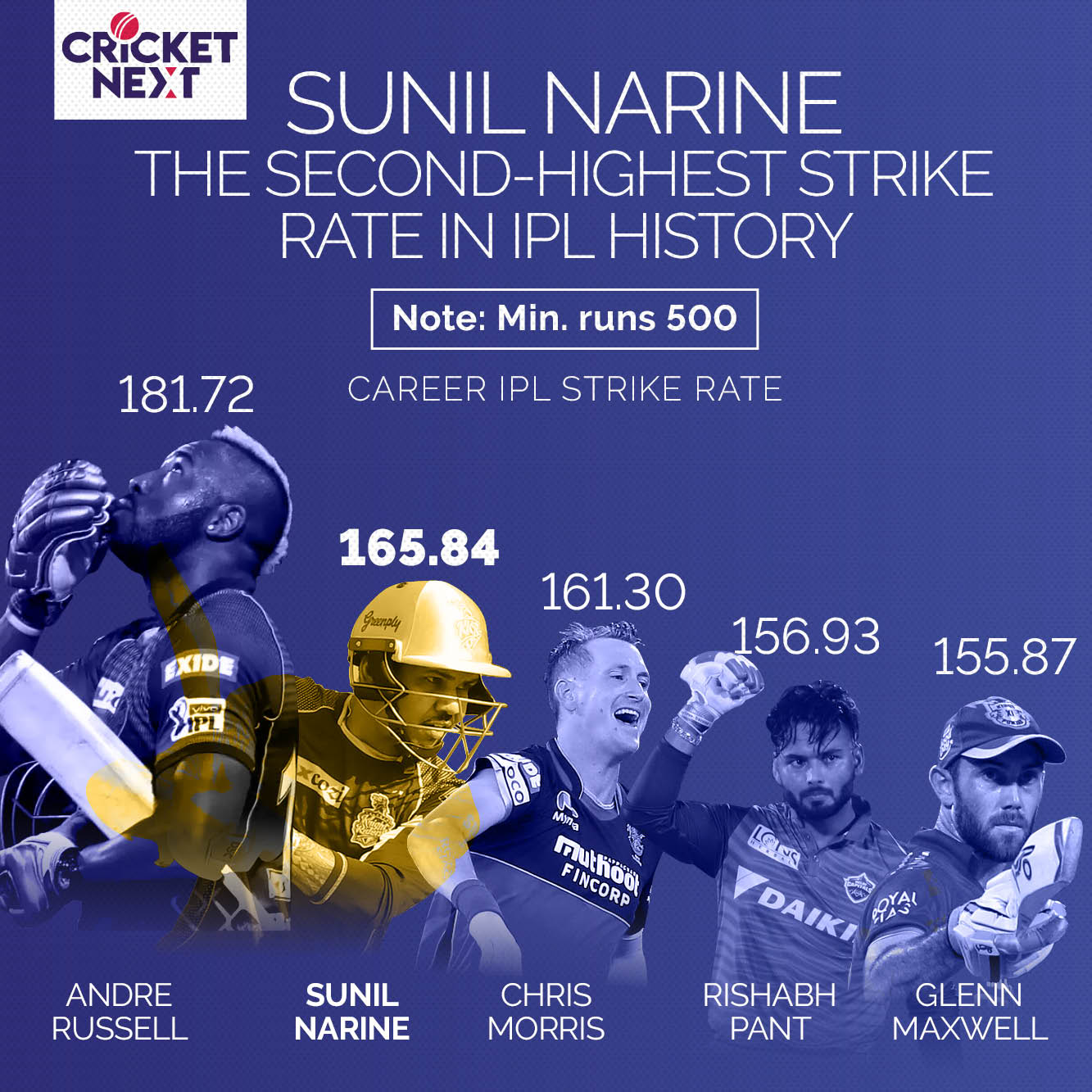 He registered his fifty off just 24 deliveries. By the time he was dismissed for 64 off 32 balls, the damage had already been done. Narine had put together a match-changing 115-run stand with Rana for the fourth wicket. KKR ended with 194 for 6 – their highest score batting first in the tournament.

Narine finally lived up to his reputation. His strike rate of 165.84 is the second-highest in the history of the IPL (min. 500 runs) only after Andre Russell! The southpaw has produced three other 200-plus strike rate innings (min. runs 50) for KKR in the IPL. The most devastating of the lot (strike rate of 317.64) came against RCB in Bengaluru in 2017 when opening the innings, Narine hammered 54 off just 17 deliveries helping KKR chase down the 159-run target with 29 balls to spare.

Although not as insanely breathtaking as that day, his 32-ball 64 today was a very timely knock and will in all likelihood help KKR move an inch closer towards securing a playoff berth.