SRH staged a great fightback to make it to playoffs but fell short in all three disciplines in Qualifier 2. Overall, it was their bowling which impressed the most in the tournament but the batting fell short of expectations. 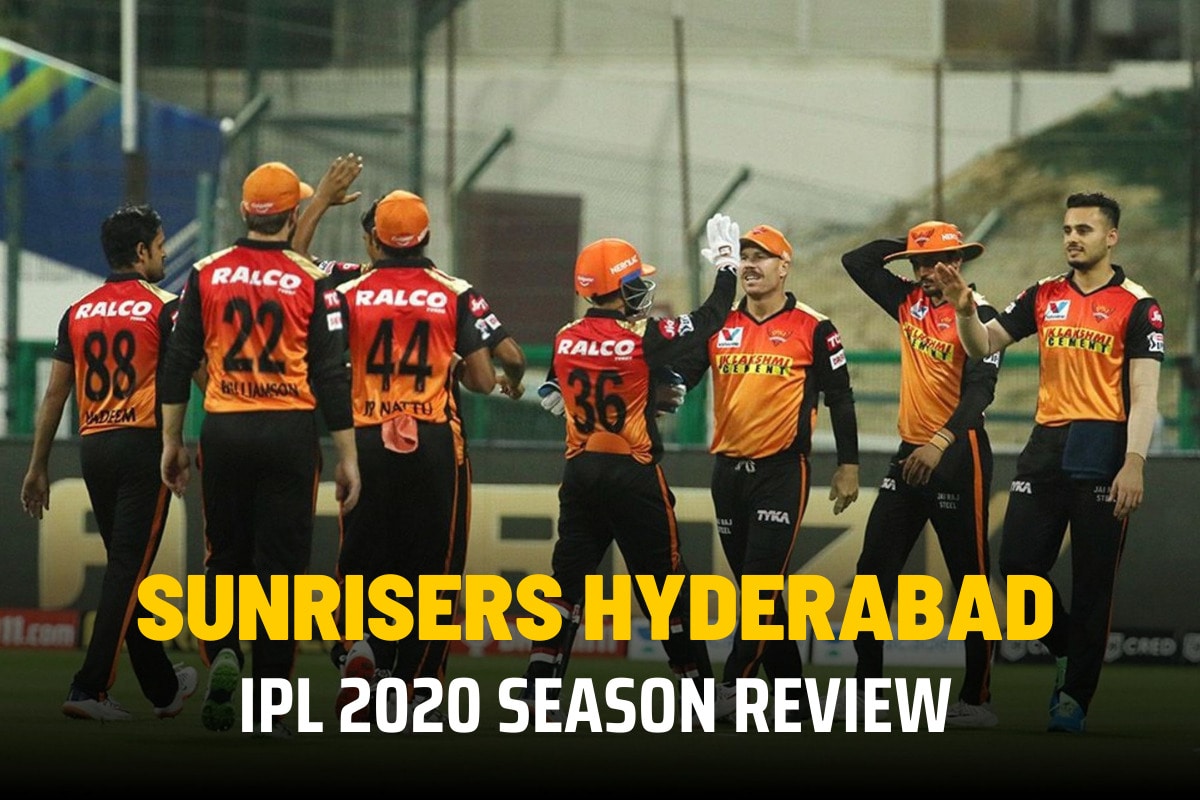 SRH staged a great fightback in IPL 2020 to first make it to the playoffs and then overcome RCB in the Eliminator to give themselves a chance of making their third IPL final. They had a bad start to the tournament which only got worse and two-thirds into the competition, SRH, with 7 losses from 11 matches, were staring down the barrel and almost out of the playoff race. Then came the resistance and the fightback - led by a batting strategy masterstroke of opening with Wriddhiman Saha. Coupled with that was the return of David Warner to his destructive best and the consistency and cohesiveness of the bowling unit - SRH won 4 matches in a row and were in Qualifier 2.

But they fell short in all the three disciplines against the Capitals in Abu Dhabi - the bowling was not at its best, there were three dropped catches, misfields and overthrows and most of the top order failed to deliver - resulting in SRH's exit from the tournament.

Manish Pandey, who was SRH's Mr Dependable in the middle order, had an indifferent second half, where he was getting out after getting his eye in failing to score substantially. Saha not being fit was a big blow for SRH in Qualifier 2. Priyam Garg had a poor tournament aggregating just 133 runs in 10 innings at a strike rate of 119.81. SRH also lacked the impetus in the first half of their innings. None of their top 5 had a strike rate of 140 in the tournament!

The bowling was SRH's stronger suit in IPL 2020. Rashid Khan was outstanding and their leading wicket-taker with 20 wickets from 16 matches. He is also the most restrictive bowler of the tournament with an economy rate of just 5.37. T Natarajan and Sandeep Sharma were very impressive and filled the void left by Bhuvneshwar Kumar. Natarajan ended with 16 wickets and was brilliant at the death while Sharma was very economical giving away just 7.19 runs per over picking crucial breakthroughs with the new ball in the powerplay. Jason Holder was a good late addition to the XI and picked 14 wickets in just 7 matches.

High point:SRH staged a great fightback and won three matches in a row to reach the playoffs. They then defeated RCB in the Eliminator to make the Qualifier 2. Their 4 wins in a row and the way, method and strategy they adopted in achieving the same was SRH's high point in the tournament.

Low point:SRH lost three matches in a row mid-way into the tournament completely derailing their campaign - they were beaten by the Royals by 5 wickets, Super Kings by 20 runs and KKR in the Super Over.

Captaincy verdict:Some of Warner's tactics were questionable in the tournament - the most glaring one was his hesitancy to use Rashid Khan in the powerplay. Khan did not bowl a single over inside the first 6 in the entire tournament! Warner did not get him on even when Stoinis was tonking the other bowlers all over the park in Qualifier 2 - a bad decision given Stoinis' poor record against leg spin and Khan's bowling prowess.

Most valuable player: Rashid Khan was SRH's playmaker with the ball in IPL 2020. He ended as the team's highest wicket-taker with 20 wickets from 16 matches at an economy rate of 5.37 - the best in the tournament. He choked the opposition batsmen in the middle overs while also making crucial breakthroughs for SRH.

Major disappointment:The batting of Priyam Garg - the 19 year old could just muster 133 runs in 10 innings at an average of 14.77 and strike rate of 119.81 in the tournament.

Season Verdict:SRH had a roller coaster ride in IPL 2020. From losing their way mid-way they fought back and made the playoffs and then even reached the Qualifier 2. While not boasting of the big names, their bowling was outstanding throughout the tournament and kept SRH in the hunt for the most part. The batting was below par