Varun Chakravarthy first made the nationwide headlines in the IPL Auctions in December 2018, where from a base price of INR 20 lakhs he was ultimately fetched by Kings XI Punjab for a whopping INR 8.4 crore. 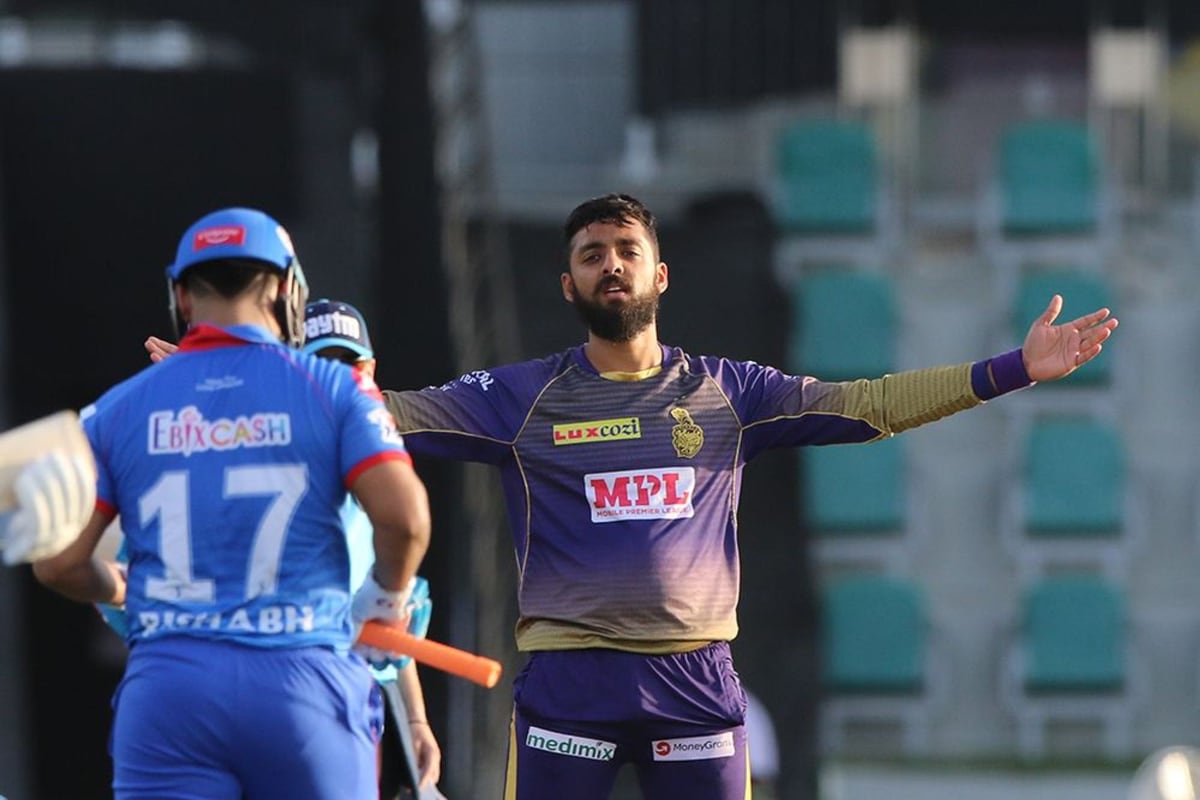 He represented his franchise in just one match in IPL 2019 where he did not have a great outing conceding 35 runs in his 3 overs. Varun Chakravarthy was subsequently bought by Kolkata Knight Riders (KKR) in the auctions in 2019.

Ahead of KKR vs DC in Abu Dhabi - KKR had given one of their worst batting performances ever in the IPL being restricted for 84 for 8 against RCB in Abu Dhabi. The team was also struggling with its bowling unit in the tournament. Big names like Pat Cummins and Sunil Narine were having a torrid competition. KKR was unable to pick opposition wickets neither were they able to control the flow of runs. They had lost 3 of their last 4 matches and were looking completely out of sorts with no momentum. They were barely managing to hold onto the number 4 position and their chances of making it to the playoffs looked highly doubtful.

The batting clicked. Sunil Narine made a timely return to form and along with Nitish Rana helped KKR post a big total of 194 for 6. It was time now for the bowlers to put their hand up! Pat Cummins provided the initial breakthroughs but Shreyas Iyer and Rishabh Pant resurrected the innings with a fifty partnership. And were threatening to change gear.

Till they ran into KKR's mystery spinner, Varun Chakravarthy! The leg break bowler had impressed throughout the tournament. He was KKR's lone bright spot in the bowling department and their most restrictive bowler of the tournament with an economy rate of 7.27. But he had reserved his best for when it mattered most.

Chakravarthy saw the back of the dangerous Pant with a googly giving away just 5 runs in his first over. Lockie Ferguson had gone for 12 in the previous over. Chakravarthy then gave DC a double blow dismissing Shimron Hetmyer and Shreyas Iyer off successive deliveries - a googly followed by a carrom ball! While the more renowned Sunil Narine was taken for 11 in the previous year, here was this unknown leg spinner, with the experience of just one first-class match and a handful of List-A matches, who had completely bamboozled DC with his variations, he again conceded just 5 off his second over.

Chakravarthy hit the final nail on the coffin with his third over where he again struck a twin blow for KKR getting rid of Marcus Stoinis and Axar Patel - it was game, set and match - KKR! Chakravarthy had delivered 3 overs, conceded just 12 runs and picked 5 wickets. KKR went on to win by 59 runs and moved closer to that spot in the playoffs.

Incredibly, Chakravarthy only made his first-class debut at the age of 27 and has just played 11 T20 matches in his career, all in the IPL, one for KXIP in 2019 and the remaining for KKR in this edition.

Chakavarthy studied to be an architect, quit to become a seam bowling all-rounder and an injury then forced him to become a spinner. He was the leading wicket-taker for Tamil Nadu and the second-highest overall in the 2018-19 Vijay Hazare Trophy where he bagged 22 wickets in just 9 matches. Chakravarthy gave a stellar performance in the 2018 Tamil Nadu Premier League (TNPL) picking 9 wickets from 10 matches. Here also, what stood out was his ability to restrict the opposition batsmen - he had an economy rate of 4.7 in the tournament and played a pivotal role in Siechem Madurai Panthers lifting the title.

Chakravarthy has several variations in his repertoire - the off break, leg-break, googly, carrom ball, flipper, top-spinner and a slider. We have already seen a few on display in IPL 2020.

KKR will stand in good stead if Chakravarthy can unearth a few more and bamboozle the batsmen in his 'Chakra-view'!